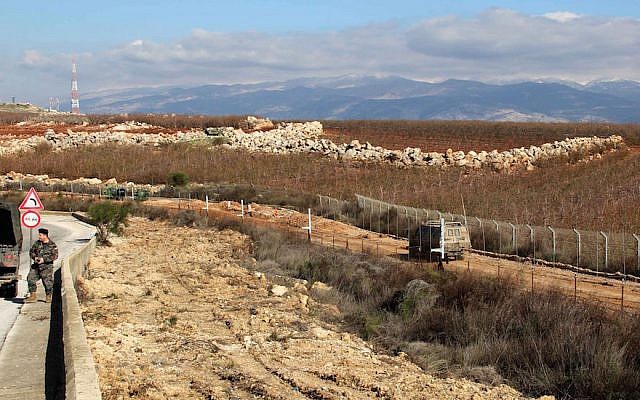 JERUSALEM (JTA) — Israel’s military launched an operation to destroy tunnels constructed by Hezbollah that reach from Lebanon into Israel.

The Israel Defense Forces announced the discovery of the tunnels and began destroying them on Monday night. The IDF said the tunnels were not complete and did not pose an immediate threat, but did stretch into Israeli territory.

Several areas close to the northern security fence have been declared closed military zones and there is an increased military presence there, the IDF said in a statement. Farmers reportedly were warned to stay away from the border.

IDF spokesman Ronen Manelis told the Israeli media that the IDF has been planning for this operation, which has been titled Northern Shield, “for a very long time.”

“We are in complete control of the operation, and we are determined to remove the threat of the tunnels from Israel’s northern border,” he said in a statement. “The Hezbollah terror organization, which is behind the digging of the tunnels, continues to operate with Iranian support and funding in order to establish its terrorist activity against Israeli citizens.”

Hamas in Gaza reportedly provided Hezbollah with information on how to build such tunnels after constructing several between the coastal strip and southern Israel.

The IDF had been aware since 2013 of Hezbollah plans to build the tunnels. It took at least two years to create tunnel-locating technology. Residents living on Israel’s northern border in recent years have reported hearing sounds of digging going on underground.

Hezbollah on Friday posted a threatening video showing satellite images and map locations of strategic sites in Israel accompanied by the message “Attack and you will regret it.” The video was posted hours after an alleged Israeli airstrike on Iranian and Hezbollah targets in Syria.