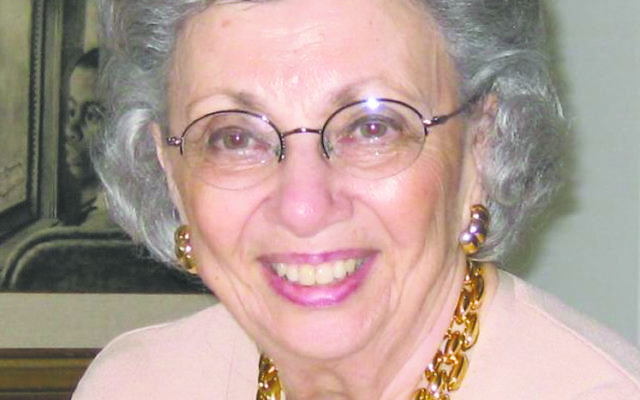 When I read or hear comments expressing suspicion of President Obama’s motives regarding the security of Israel, sometimes by people I respect and admire, I’m incredulous. The phrase “brainwashed” comes to mind. An individual who is brainwashed clings to his/her beliefs irrespective of any contrary evidence. It’s a “my country, my leader, my people, right or wrong” view of the world. Blindly embracing these beliefs is usually perceived as loyalty. For these people it doesn’t matter that Israeli President Shimon Peres, Israeli Defense Minister Ehud Barak and billionaire businessman Chaim Saban, to name just a few devoted Israelis and friends of Israel, have publicly and unequivocally declared their admiration and support for the president. It doesn’t matter that President Obama’s record vis-à-vis the records of all is far superior; no amount of evidence can penetrate this anti-Obama wall.

These same critics fault the president for disrespecting Benjamin Netanyahu, but never acknowledge that the Israeli prime minister’s behavior toward the president has sometimes gone well beyond diplomatic bounds. Most recently, the prime minister felt free to publicly dictate to President Obama what American foreign policy should be regarding Iran, an issue that normally would be discussed behind closed doors. This is not how one treats one’s best, and maybe only, friend.

Unfortunately, any criticism of Bibi by our community is viewed by some as giving aid and comfort to the enemy. Do the Palestinians really need to depend on Jewish detractors of the prime minister in order to build their case against Israel? It seems to me they have no shortage of serious issues.

As for the U.S. announcing “red lines” that Iran must not cross to avoid American military force, it makes no sense to do so. While it would be helpful to Bibi politically back home, it would be strategically and politically foolish for the president.

On pressing some of these critics as to why they bear this deep ill will, they point to a couple of things: President Obama hasn’t visited Israel (President Bush went only in his seventh year in office) and he also pressed for a cessation of settlement building (check prior presidents on that issue).

Even granting there have been some other missteps early on, these individuals focus exclusively on the occasional poor judgment by the president, but can’t acknowledge the much longer list of positive statements and significant concrete actions on behalf of Israel. When confronted with this information, they just hit the delete key. All the good deeds disappear. The source of this rigid mindset is perplexing.

I’m deeply disappointed by some of my coreligionists on the subject of the forthcoming presidential election. It goes beyond their attitude toward President Obama. Any American Jew who subscribes to the policies of the Democratic Party and can say they are “on the fence” simply because they aren’t sure which candidate would be better for Israel, in my opinion, should do some serious soul searching. That they are willing to sacrifice the future of the millions of fellow Americans who will be impacted by the outcome of the election, in one way or another, is disturbing. Some of the same thinking prevailed before the Bush election. The belief that President Bush would be good for Israel proved not to be the case. Not only did he do nothing to promote peace, but also his policies, domestic and foreign, have wrought havoc to the United States and the world. Many people before that election questioned how much damage could he do in four years; as long as he was good for Israel he was acceptable. Now they know. He plunged us into the Iraq war leaving thousands of American dead and tens of thousands in hospitals, their lives ruined.

We now see an Iran flexing its muscles, knowing that the United States is war-weary and short on resources. I don’t think I need to comment on our troubled economy or how we got here.

As a person devoted to Israel and deeply

concerned about its security, when it comes to elections, concern for Israel’s future is high on my list. But as

an American citizen, it can’t be the only thing.

Anyone who genuinely believes that Mitt Romney would be the better president of the United States should vote for him. As for the level of his concern for Israel, its safety and future, who knows what he thinks or how he would act once in office?

Of one thing I am certain: there won’t be a strong Israel without a strong America.

Edith Everett, a member of the board of directors of The Jewish Week, is a Jewish communal activist and philanthropist.