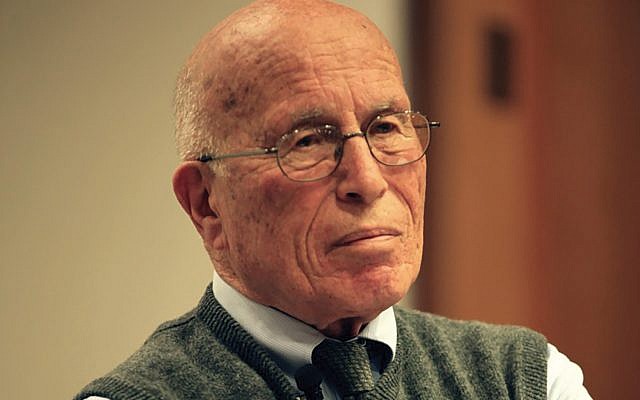 If Israel hasn’t already eliminated the possibility of a two-state solution, the April 9 election will surely be decisive: a point of no return. The right-wing coalition led by Likud and now including the Kahanist Otzma Yehudit party has drawn a sharper line of division than ever before. On that side, a one-state solution for a Greater Israel and unknown consequences for the two million West Bank Palestinians. On the other side, the Blue and White party and the possibility of a Palestinian state alongside Israel: two states linked if not in friendship at least in peace, with Arab precedents in Egypt and Jordan.

To be sure, the facts on the ground — 400,000 West Bank settlers, 200,000 in east Jerusalem — make even the minimal requirements for two states (territorial exchange, evacuation of some West Bank settlements, lifting economic restrictions) difficult within Israel. And increasing pressure has recently come into the open for annexation of “parts” of the West Bank on behalf of a Greater Israel — clearly part of Likud’s design. The cumulative effects of West Bank infrastructure and subsidized housing, together with the proliferation of “settlements,” whether legal or illegal in Israel’s own terms, themselves prove that intention. But the harsh implications of annexation are hardly even mentioned. Granting the two million West Bank Palestinians Israeli citizenship is not a political possibility — and the two alternatives to that are no less graphic: the expulsion of the Palestinian populace from the annexed territories or their continued residence as prisoners of Israeli rule, or some combination of these. That the alternatives contradict Israel’s supposed commitment to democracy and equality before the rule of law is clear, but that contradiction is evidently acceptable to the advocates of annexation.

Admittedly, the Blue and White coalition, at present the only realistic opposition to present government policies, has not committed itself to a two-state solution; it has not committed itself even to halting development of West Bank settlements or the subsidies provided for housing and infrastructure. But it has asserted the goal of “peace” as its goal in contrast to the present policy of coercion, and just the coalition’s opposition to the present government reflects a willingness to impose restraint on expansionism — stepping back from the irreversibility of the point of no return. [Its party platform, released last week, makes no mention of Palestinian statehood or a two-state solution; vows that no unilateral disengagement, as in Gaza, will occur; states that all major decisions regarding the Palestinians will only be taken after a national referendum or with a special Knesset majority; and says it will “deepen the process of separation from the Palestinians while maintaining uncompromising security interests of the State of Israel and the IDF’s freedom of action everywhere.”]

The crucial issue at stake here is not Netanyahu himself: the evidence in his indictments suggests sleaze, but whether he has committed legal crimes, which will be shown only after lengthy courtroom argument, finally affects only him. What is more immediately and largely at issue is the prospect of a solution to the responsibility Israel as a state has for the civic life of another people.

No doubt the Blue and White coalition, if it should win the election and move toward a two-state solution, would meet strong political and even violent resistance. Even at the time of the 1995 Rabin assassination, the stakes were smaller than they are now. The evacuation of Israeli settlements in Gaza and the Sinai — neither of them “integral” to Israel — also required the army’s intervention, as did the more recent evacuation of Amona, a collection of several makeshift dwellings that were illegal by Israel’s own standards.

These are grim omens for any future movement toward the two-state solution, with even the most minimal steps toward reversing current policies rarely even mentioned. So, for example, the economic motive in housing subsidies has been a proven factor in settlement growth; it’s one that in itself might readily be redirected, with subsidies instead toward resettlement within the Green Line. But if the upcoming election reaffirms current policies, that option would not even be considered.

This is why the stakes of the election, directly confronting the point of no return, are crucial — not only for Israelis but for Zionists worldwide.

Berel Lang is an emeritus professor of philosophy at SUNY Albany.