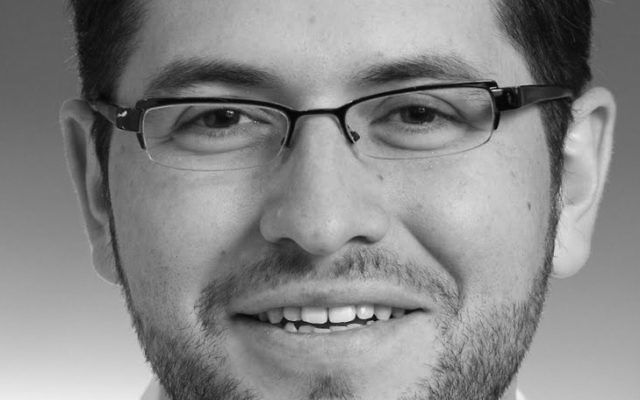 All eyes were on President Obama in Israel last month as he visited Mount Herzl and Yad Vashem. Watching the moving images of the president visiting the graves of Rabin and Herzl, and the adjacent Holocaust memorial, I wondered how aware he was of the fact that the mountain he was on has a very deliberate architecture: At the mountain’s apex rests Herzl’s grave, surrounded by the graves of Israel’s past leaders.

Walk down the slopes and you are in Israel’s national military cemetery. Follow the path further down and you’ve arrived at Yad Vashem. Below the memorial, at the bottom of the mountain, is the “Valley of the Communities,” representing the diaspora Jewish communities destroyed in the Holocaust.

When President Obama walked across this mountain, from Yad Vashem to Mt. Herzl, he was climbing the contours of an ideology embedded into the mountainside: Jewish history has worked its way from the depths of exiled communities doomed to destruction, through the flames of anti-Semitic hatred, up past the children of the nation who gave the ultimate sacrifice, and onwards to the top, where Herzl’s visionary dream is enshrined in black marble: an autonomous Jewish state.

This week in the Israeli calendar tells the same linear story, using not only sacred space but also sacred time: There are seven days between Yom HaShoah and Yom Ha’Atzmaut. It is as if the entire country sits shiva, mourning the tragedy of the Holocaust, then rises to be comforted by the existence of the State of Israel. While the pairing of the Holocaust and Israeli independence has its historical problems, for me it remains a powerful narrative, one that has imprinted itself in my own family history.

Yet Mt. Herzl’s narrative is also an insufficient one, for there — at celebrations of our independence — the conversation unfortunately stops (usually with a good BBQ and a pound of hummus). For years Israelis avoided a serious conversation about what we actually wanted to do with the Jewish state now that it exists. As we re-live that sacred timeline again this week, moving from memory of the Holocaust to celebrating 65 years of Israel’s existence, it is time to say: arriving at Mount Herzl is not enough.

Sixty-five years in, Israel still lacks a constitution and a clear social contract for the Jewish identity of the country. Sixty-five years in, Israel still avoids having a deeper conversation about the role of the two groups that don’t fit into Mount Herzl’s narrative: Jews who live outside Israel and Israeli citizens who are not Jews. Sixty-five years in, we can no longer be sustained merely by the fumes of our own existence, or by the fumes of those who threaten us — as powerful as those realities are. We must have a painful conversation not only about our borders with our neighbors, but about the identity of the home we build together — this is the Zionist calling of our times.

The good news is that Israelis are doing exactly that. The social protests of the summer of 2011 seemed to call an end to the age where every Israeli tribe — haredim, settlers, Tel Avivians — simply does what is best for itself. The new Knesset has brought in fresh political parties that were elected to have a wide conversation about service, education and economics, and about what a secular state does with its religious and cultural inheritance. Hopefully these parties can outgrow the old Israeli tribal politics and stop disenfranchising the easy targets — ultra-Orthodox Jews or Arab citizens of Israel — as has happened so far. Sixty-five years in, Israelis are pushing to get out of the shallow crisis management mode and into a truly inclusive “grand debate”: What is it that we want Israel to be about?

And it is time American Jews engage seriously in this conversation as well. Israel’s friends and allies often get caught up in celebrating the state’s existence and fretting about its external challenges, but lose patience and nuance when it comes to suggesting a vision for what Israel should actually be about. American Jews need to do two things at once: jump into the debate with their own values and visions, while remembering that the Judaism that is right for America is not necessarily what’s right for Israelis.

How exciting would it be if the Salute to Israel Parade in New York would be not just a show of support, but also a wide discussion of visions for the Jewish state. How fitting would it be if the week of Yom Ha’Atzmaut would be a time in which American Jews educate themselves on Israel’s challenges and opportunities. Of course we would quickly discover — as Israelis do when having this conversation — that we disagree on what that vision might be. And that discovery would seem to interrupt the superficial unity of the moment. However, this is “Jewish unity” we’re talking about, one that becomes stronger when each of us voices our own opinion while listening to those of others. From its earliest days, Zionism has been a vigorous debate between competing visions, voiced both from Israel and from abroad. While the internal vision for the Jewish state is not an issue for the American president to opine on, it is very much a debate for American Jews to take part in.

Sixty-five years in, something big is happening in Israel, which is finally taking us beyond Mt. Herzl. It is time to for American Jews to turn up the heat and join the conversation.

Rabbi Mishael Zion is co-director of the Bronfman Fellowships, a community of 1,000 diverse young Jews in Israel and North America. He is the author of “A Night to Remember: The Haggadah of Contemporary Voices” and blogs regularly at “Text and the City.”