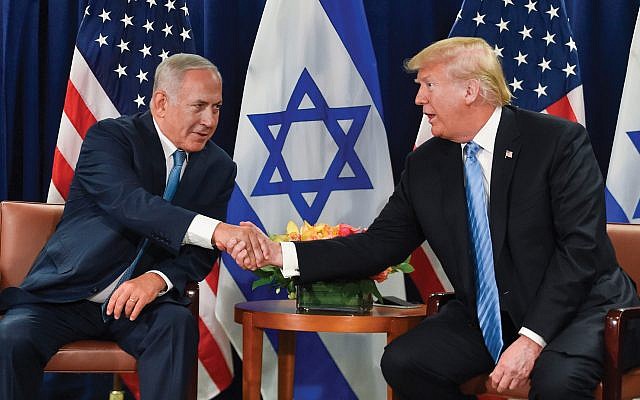 Even as the media highlights President Trump’s recognition of the Golan Heights as Israeli territory, with praise and gratitude from much of Israel and the pro-Israel community here and widespread criticism from the U.S. and around the world for breaking longstanding American policy, the next — and far bigger — crisis is on the horizon.

The outcry over the Trump move was somewhat muted because no reasonable person would expect Israel to cede the Golan to a Syria that is in chaos, with Russia and Iran standing in support of its murderous president. But the U.S. recognition at this point was an unnecessary provocation of the Arab world, especially on the eve of the rollout of the much-anticipated U.S. plan for Mideast peace. Trump’s move made clear that he is willing to break international precedent in recognizing a state’s right to claim land based on conquest.

Already members of Israel’s ruling coalition are calling for annexation of the West Bank. The danger is that it would mark the end of security cooperation with the Palestinian Authority and preclude any hope of a two-state solution. It would bring to the fore Israel’s impossible choice between being a democratic state, with equal rights for all, including 2.5 million Arabs living in the area, who would soon become a majority, or being a Jewish state that in denying the right to vote to its Arab population would be decried as apartheid in the international community. It is all too realistic to assume that such a dramatic move could lead to another Mideast war.

If Prime Minister Netanyahu manages to form the next Israeli government after the April 9 elections, he will be even more beholden to the members of his coalition on the right who are calling for such a move. Netanyahu is operating under the cloud of indictment for fraud and corruption. As Michael Koplow, policy director of the Israel Policy Forum in Washington, has pointed out in his writings, the prime minister’s first order of business in a newly formed government may be to enact a law that would prevent a sitting prime minister from being indicted. In return, he may not be able to resist the push from within for annexation of at least part of the West Bank. The seriousness of such a result cannot be overstated.