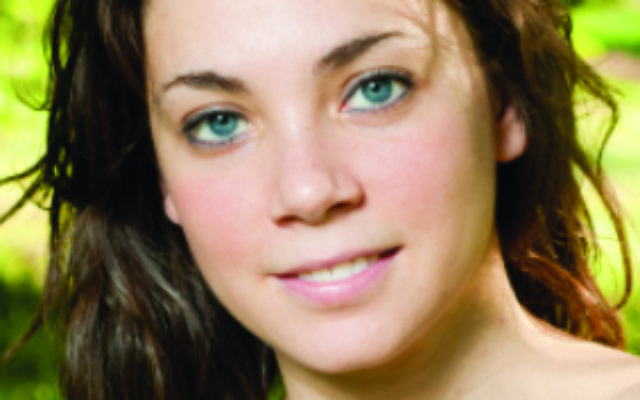 I’ve had many experiences in Jewish pluralistic settings, including social and prayer programs and camps, so I thought I was prepared to lead a pluralistic service trip for American Jewish teens this past summer. But I was in for an unpleasant surprise, one that has shaken my beliefs about religious tolerance among our own people.

At staff training in preparation for our summer program we each took a minute to describe our Jewish journey; I was the only one to mention an Orthodox day school, synagogue or summer camp in my past. But I wasn’t too taken aback. Yes, it was a bit odd that our orientation was a full day of classroom sessions on Shabbat, and that religious services weren’t even on the schedule. This was only staff training, I thought. On my trip this summer we’ll do it right.

Until Tisha b’Av, the fifth week of the program, the summer did mostly unfold as planned. Shabbat was a special day from week one and no one seemed interested in questioning that.

Tisha b’Av is the ninth day of the Hebrew month of Av, and commemorates the destruction of both historic Temples in Jerusalem. It is a day that has taken on many meanings over the past 2,000 years, one of which is to note that according to tradition, the cause of the destruction was sinat chinam, senseless hatred, among the Jews at that time.

After an optional breakfast and optional services Tisha b’Av morning, the community hosting our group had scheduled to present a talk on the meaning of the day in its synagogue. Five minutes before the program was supposed to begin, one of my staff came rushing to me, bursting with the news that our supervisor, the executive director of the organization, requested we cancel the talk and leave the synagogue immediately.

Despite the clear instruction to pull the plug on the program, I felt it was the wrong thing to do. The participants were already heading into the sanctuary for the talk. I was fasting and in no mood for a fight and I also thought it would be incredibly rude to walk out at that point. I asked the speaker to shorten his talk, and sat down.

But three minutes later my supervisor, who was in another city, was on the phone demanding to understand what happened. In a flurry of heated comments, she told me “they [the teenage participants] don’t care, they’re not fasting, they need time to go back and eat lunch without rushing!”

We had planned to return to our home base for an optional lunch before going out for an optional performance of “The King & I” at the local JCC. But my supervisor wasn’t pleased. She proceeded to criticize me for planning a day with allowing for too much rest time and not enough fun.

The incident shook my relationship with my supervisor and made me lose my trust in her leadership and hers in mine. Later that day she called me to review my plans for the rest of the week, something she had not done the entire summer.

I mentioned that she was calling more than 24 hours into my 25-hour fast, but that didn’t seem to slow her barrage of questions. I felt not only personally disrespected, but outraged that Jewish tradition could be treated this way by someone in an important role of leadership in a Jewish pluralistic organization.

It left me wondering if the 21st century experiment to build Jewish pluralistic spaces was not naive. The program I staffed this summer has been secular for decades and has become “pluralistic” in the last few years by providing kosher food options and making Shabbat special by refraining as a program from spending money and traveling. But those guidelines are easily stretched and take on different shapes across the various trips, even within the same summer. It seems inevitable that the leaders of a trip or organization shape what they deem to be “pluralism” through the lens of their own personal practice. This summer, my vision was deemed too traditional by my supervisor.

So what is pluralism? And who decides which compromises are fair? The whole endeavor seems impossible unless shaped by an extremely respectful leadership that is itself diverse.

As the darkness of Tisha b’Av has given way to the healing and reflective spirit of the High Holy Days, I pray for an American Jewish community that can come together, if not in pluralistic communities, than at least in shared, open-hearted respect for the wisdom and beauty that each of our paths has to offer.