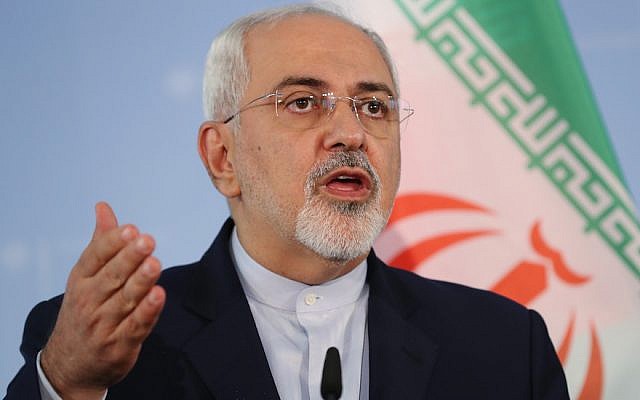 The U.S.-educated Zarif has served as foreign minister since August 2013 and faced criticism from hardliners in his country over his attempts to establish better relations with the West. Zarif was a major player in negotiating the nuclear deal with the United States and other world powers trading sanctions relief for Iran in exchange for easing its nuclear weapons ambitions. The Trump administration pulled out of the agreement, which appears to be collapsing.

Secretary of State Mike Pompeo responded to the resignation in a tweet: “We note @JZarif’s resignation. We’ll see if it sticks. Either way, he and @HassanRouhani are just front men for a corrupt religious mafia. We know @khamenei_ir makes all final decisions. Our policy is unchanged — the regime must behave like a normal country and respect its people.”

Zarif’s offer to resign came after Syrian President Bashar Assad visited Tehran and met with Supreme Leader Ayatollah Ali Khamenei, and then Rouhani, according to Al Jazeera. Zarif was not at either meeting.