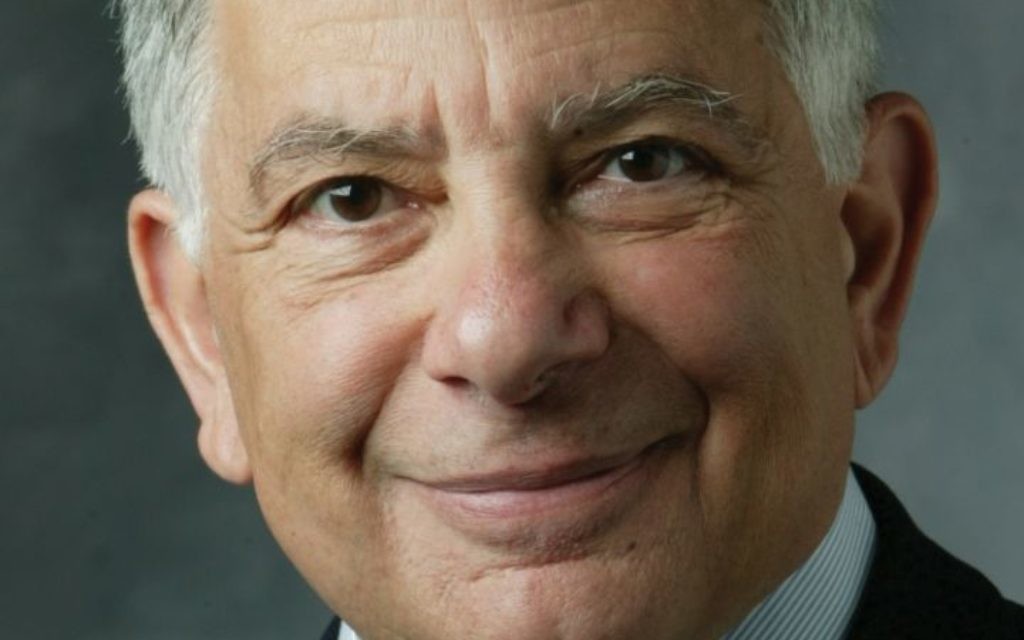 Abraham Sofaer is a senior fellow in foreign policy and national security affairs at the Hoover Institution in Stanford, Calif. He is a former legal adviser to the State Department who was responsible for U.S.-Iran negotiations. He has negotiated privately with Iranian officials since leaving the government and recently authored the book, “Taking on Iran: Strength, Diplomacy, and the Iranian Threat.” The following is an edited interview:

Q: You argue in your book that America’s failure to deal properly with Iran has cost 1,000 American lives beginning with the bombing of the U.S. Marine barracks in Lebanon in 1983.

A: Iran is the principal promoter of terrorism, and yet when we talk to them there is not one word in the negotiations of its terrorist activities. It’s as though it’s a different country. … They are now holding up [Syrian President Bashir] Assad in power, and their influence in Iraq has never been greater. They also have a headlock on the Lebanese government through Hezbollah, giving them a veto power over government decisions there. And they rearmed Hezbollah despite a UN Security Council resolution prohibiting all states from arming Hezbollah. It is estimated they have put 50,000 new rockets — many long range — in the hands of their principle surrogate, and they are also active in Africa and South America, where they killed a lot of Jews in Argentina.

How would you like to see the negotiations proceed?

They should be used as a vehicle for engaging Iran across the board and challenging the IRGC [Iranian Revolutionary Guard Corps] in particular. If they don’t do that, the words [of any agreement] will not change the ideology and the aims of the regime.

What are those aims?

One of its fundamental aims is to establish its hegemony throughout the Shia world, and they have settled on one way to do that — to have nuclear capability. They have already announced in Iran that they will not allow this agreement or sanctions to alter their basic objectives — the IRGC leadership is openly saying that. If we don’t do something tough to undermine the IRGC’s influence, [Iranian President Hassan] Rouhani will ultimately be undermined and his more flexible agenda will fail.

How do you undermine the IRGC?

You block them from supplying arms to allies in Afghanistan, and you make sure they do not prevail in Syria. The IRGC has isolated bases in the Persian Gulf that could be attacked without damaging any civilian infrastructure. I think they are fair game.

How has the international community treated the IRGC?

It has never punished or harmed any of these IRGC people. The crowning weakness is how we treated the attempt to assassinate the Saudi ambassador in Washington, D.C. The evidence of IRGC involvement is overwhelming. We actually named the IRGC officials involved in that attack, and all we did was indict them.

Argentina did the same thing

Yes, for the bombing of the Jewish community center in Buenos Aires. Indictments are fine as long as there is a legal system that can reach them. But if you can’t reach these people through the law, you have to reach them through drones. That’s what the president understands with al-Qaeda but not with the IRGC, which the Treasury Department has declared a terrorist organization.

I would use strength with the IRGC even while using diplomacy with Rouhani and his group. They are really a different set of people. In the New York Times there were quotes from the leaders of the IRGC talking of Rouhani and his people like Republicans talk of Democrats — saying these are not our guys and if they go too far we will cut the ground out from under them.

ll we did was indict them.

And how would you deal with Rouhani?

We should not feel precluded from being tough with him. He would be strengthened, not weakened. He would have more flexibility to make a sound deal with the U.S., not less. When we suspended sanctions during [Mohammad] Khatami’s presidency … to strengthen him, we ended up weakening him.