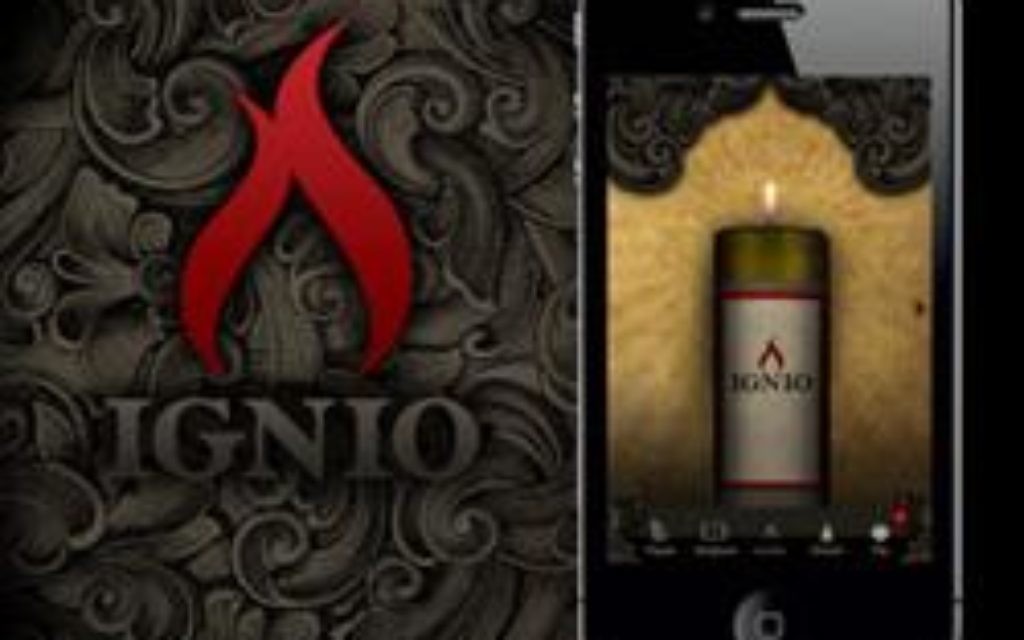 I've written several times about how technology is changing the global Jewish community, but I haven't looked at other religious groups. Jamshid Ghazi Askar contacted me recently about an article he was writing on how different religious groups are using new technology like iPhone apps. It is interesting to hear how Mormons and Catholics are taking advantage of mobile apps in their faith communities. Here is Askar's article from the Deseret News:

Rabbi Jason Miller of Michigan regularly officiates Jewish weddings, festive affairs steeped in thousands of years of tradition. But recently, Miller witnessed a unique phenomenon while presiding at a ceremony in Detroit: a wedding that simultaneously integrated two locations separated by thousands of miles and seven time zones.

Make no mistake: the affair still included time-honored customs such as the groom crushing a glass beneath his foot while shouting "mazel tov," and the traditional Horah dance where patrons form a circle and sway to the beat of "Hava Nagila."

But through the use of technology, the bride's grandparents and more than 100 of their guests watched the entire ceremony and reception in real time — from a reception hall in Israel.

"It was unbelievable," Miller said, "because it wasn't just a few people watching the wedding because they couldn't be there in person. In Detroit we had 300 people in a hotel ballroom; I officiated the wedding and then there was a reception. … In Israel, the grandparents invited over 100 people. They had their own reception hall, they set up huge movie screens and they live-streamed the whole thing. With the time difference, they partied until four in the morning."

The Jewish wedding in Michigan used an application (or "app") called Ustream to effectively incorporate guests on a different continent. Similarly, believers of many faiths are also enhancing their religious observance and worship experience by employing apps for smartphones, tablets and laptops.

Andres Ruzo is a devout Catholic who owns multiple telecommunications businesses in Dallas. After his pilgrimage to the Vatican last year, he felt inspired to find a way to fuse technology with Catholic faith. The end result of Ruzo's quest is a new iPhone app called Ignio ("ignite" in Latin) where each user becomes part of a 12-person group.

The circles of 12 — fashioned after the number of apostles Jesus selected in the ancient church — monitor and encourage each other's prayers, scripture study and church attendance. The level of a user's religious observance is visually represented on the iPhone in the form of a burning candle, with the flame climbing higher when users perform acts of religious devotion.

"The DNA of the application is about creating community," Ruzo said. "It is what we call community media instead of social media. Your inner circle are the people who are going to keep you accountable — that's your virtual community of people that are sharing on your wall and sharing your faith on a daily basis, echoing the readings that you read from the scriptures, and communicating with you."

From the outset, Ruzo wanted Ignio to be free to users. To that end, he helped create a nonprofit foundation called WeDoBelieve, which seeded Ignio for the iPhone with nearly $60,000. WeDoBelieve now seeks to raise more than $100,000 to fund creation of an Ignio app for Android phones as well as an Ignio website. Ruzo told the Deseret News more than 2,000 people per day are now downloading Ignio from the iPhone App Store — and WeDoBelieve also plans to cover the rising costs of the computer servers necessary for more people to use Ignio.

The Church of Jesus Christ of Latter-day Saints is also determined to provide free religious apps to users. Unlike Ruzo, however, the LDS Church isn't actively pursuing innovation per se. Rather, church leaders want to arm Mormons with apps that are both cost-efficient to produce and positively impactful on how members learn and worship.

"What we try to facilitate with our apps is providing tools to help members live the gospel now," said Lee Gibbons, director of official church website LDS.org. "We really recognize that the apps are for things people don't do on a website. … For us this is more about being opportunistic as opposed to spending a bunch of money on leading-edge research and development — it's a matter of pragmatics."

The LDS Church currently offers six apps for the iPhone, the most prominent of which is Gospel Library, which compiles all Mormon scripture with content from thousands of magazines, manuals and handbooks. Because Mormon Sunday School encourages attendees to bring their own scriptures and manuals, it's often impossible to tell whether a Mormon tapping away on a smartphone is following along with the teacher's lesson or playing Angry Birds.

"We all have different ways of worshipping, and we have different ways of focusing," Gibbons said. "I think that we need to allow for the culture to adapt to what technologies can bring that worship experience. The truth is we don't know what people are doing with our technologies, and what's going to cause them to have the most meaningful worship experience ought to be okay with us."

Rabbi Miller is an early adopter of new technologies who writes the "Jewish Techs" blog for The New York Jewish Week while living in Michigan. From helping his young children learn Hebrew to showing his wife a mobile app that outlines how to substitute ingredients to make a non-kosher recipe into a kosher one, he wholeheartedly embraces the way a quality smartphone app can enhance his family's religious observance.

Yet for all his ebullient enthusiasm, Miller readily concedes limiting factors still exist that constrain how much emerging technology can redefine worship before the change starts to undercut core characteristics inherent in all religious communities.

"I would hate to see our synagogues and churches become places that are only virtual communities," Miller said. "We still need to actually be in the bricks-and-mortar institution with our co-religionists to really experience community. There are significant limitations to technology, but what I like to do is accentuate the positive and see how we can exploit technology for the betterment of religion and charitable causes."