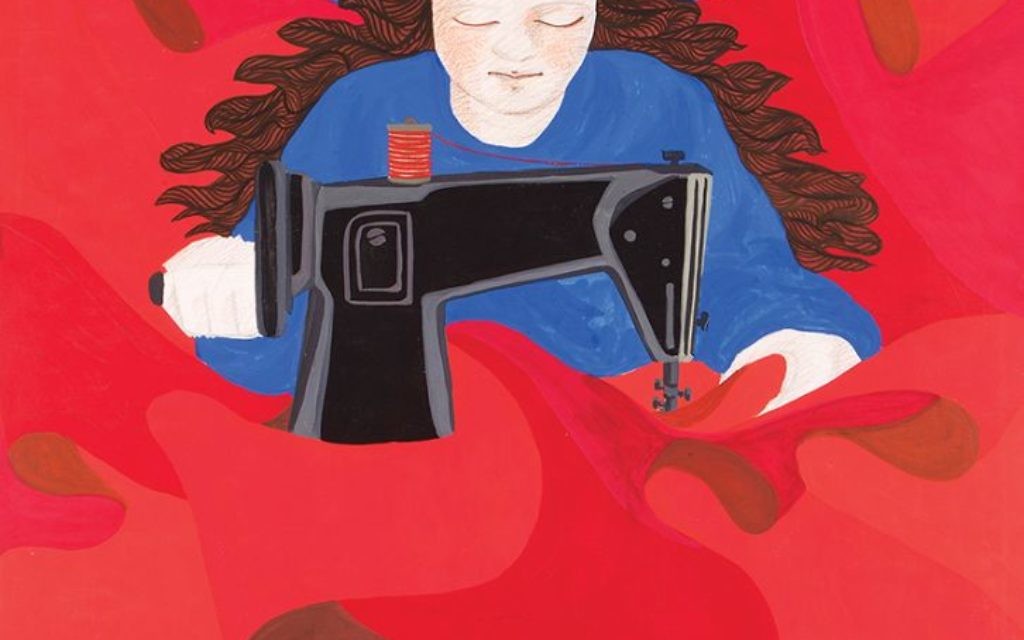 A new exhibit at The Jewish Museum brings together art that in the words of an exhibition handout, “does not fit the framework of the established art world,” and is “relentless in its experimentation, risk taking, annoyance, irritation, and even failure.”

“Unorthodox” is located in the museum’s ground floor gallery, which has been divided into smaller rooms and labyrinth-like spaces to accommodate videos and sculptures. It is a crowded show with more than 200 pieces. Many of the exhibit’s 55 artists are living, and some are Jewish.

The focus is on the kind of works and artists that the three curators of the exhibit, Jens Hoffmann, Daniel Palmer, and Kelly Taxter, consider unorthodox. Hoffmann notes in his catalogue essay that the canon is constantly being challenged by contemporary philosophies, and that as it continues to evolve, the avant-garde loses its “radical potential.”

The exhibit’s name is not about Orthodox Judaism but addresses orthodoxies such as politics, history, and identity; the works are by artists who “resist the art market, challenge art history, rally against the system,” said Palmer in an exhibition walkthrough. It is a challenging insider’s exhibit of outsider artists.

The curatorial team “searched for artists emblematic of these ideas from around the world,” according to Palmer. They were looking for artists who “question strictures, challenge the status quo, draw inspiration from the margins.”

One of them is David Rosenak, an artist with Parkinson’s who completes about two paintings per year and forgoes selling them because of the “dedication and effort they require,” and another is Stephen Goodfellow, who when approached for participation in “Unorthodox” replied that he was “still amazed you managed to dig me up; you must have been talking to the wrong people.”

Swiss-born, Los Angeles-based tapestry maker Christina Forrer packs pop and street culture references into her textiles, while Amikam Toren, an Israeli based in London, has stretched pulped canvases, creating abstract paintings. Brenda Fajarado’s art looks at the tradition of storytelling in her native Philippines; Boris Lurie became a painter in New York following the Holocaust and helped found the No! movement; and Meriem Bennani is a Moroccan video artist whose pieces comment on Muslim society.

The arrangement of the works is meant to inspire debate. Photos by Philip Smith, an American artist whose work was included in the important 1977 “Pictures” show in Tribeca, are hung opposite paintings by Leang Seckon, a Cambodian artist.

Smith is interested in mystics and dream worlds. He photographs found images on 35-millimeter black-and-white negative film, and lets the film sit in his studio, where it can collect dust, be scratched up, and have paint dripped on it. Smith then selects a portion of negative to paint, viewing the film as otherworldly inspiration.

In the center of “Ghosts in Hell,” a large-scale, colorful, collage-painting from 2014 that evokes the trauma of his country, a red mythical creature that is part human and part animal, stares out at the viewer. It has two legs and a tail and four arms, one of which has a gun for a hand, another arm ends in a hammer and sickle.

As Palmer explained the juxtaposition of works by these two artists who never met, the curators felt that Seckon and Smith’s works had something to say to each other; their works approach mythology and culture, but from different perspectives.

My suggestion: take a printed guide — there is a heap of them at the front door — and read about the backgrounds of the artists, what they’re trying to say and why their art is placed near each other.

Fourteen wall texts focus on ideas (Canon, Conventions, Individual, Mythologies, Order, etc) that the curators discussed while planning “Unorthodox,” and which Hoffmann developed into short, casual passages. The texts are approachable and any of them can relate to almost any of the sections. They function as grounding points and are meant to be “playful and poetic, a place for inspiration,” according to Palmer.

It is worth considering why this exhibit is at The Jewish Museum. Certainly New York City has plenty of high-quality museums that routinely put on excellent exhibits of contemporary art. With “Unorthodox” the museum is reflecting on its past as a venue for avant-garde contemporary art. An essay that the museum commissioned from Leo Steinberg in 1957 for an exhibit that featured now-iconic artists like Robert Rauschenberg, Jasper Johns, and Joan Mitchell, is reprinted in the catalogue along with a contemporary response.

Joshua Decter writes about the 1957 exhibit in the “Unorthodox” catalogue, “The show indicated a critical shift in its orientation — that the museum wished to rethink, to a certain extent, what kind of Jewish museum it wanted to be. Perhaps Israel’s statehood in 1948 opened the door for the Jewish Museum, in the 1950s — within the context of a nascent postdiasporic condition for Jewry — to begin the process of accommodating secular, non-Jewish contemporary art.”

The “Unorthodox” catalogue continues with curators’ allusions to Jewish texts such as the Talmud and a statement that the show’s core can be traced to the “Jewish tradition of progressive thought, in particular the Jewish tradition of dialogue, debate, and critique.”

The curators state that the art they have culled and presented, the texts they have published, and the public lectures they are holding are based in Jewish tradition, but that they are widening the net of the tradition, and are acknowledging modern times, diversity of Jewish practice, and current modes of Jewish expression. At the press preview they mentioned that they are considering making “Unorthodox” a recurring exhibit.

In an email to The Jewish Week, Claudia Gould, the museum’s director wrote, “There is an interesting synergy between the way Jewish culture interrogates tradition and the way artists do. This shared habit of skepticism and inquiry gives The Jewish Museum a unique perspective on contemporary art — as demonstrated by ‘Unorthodox.’”