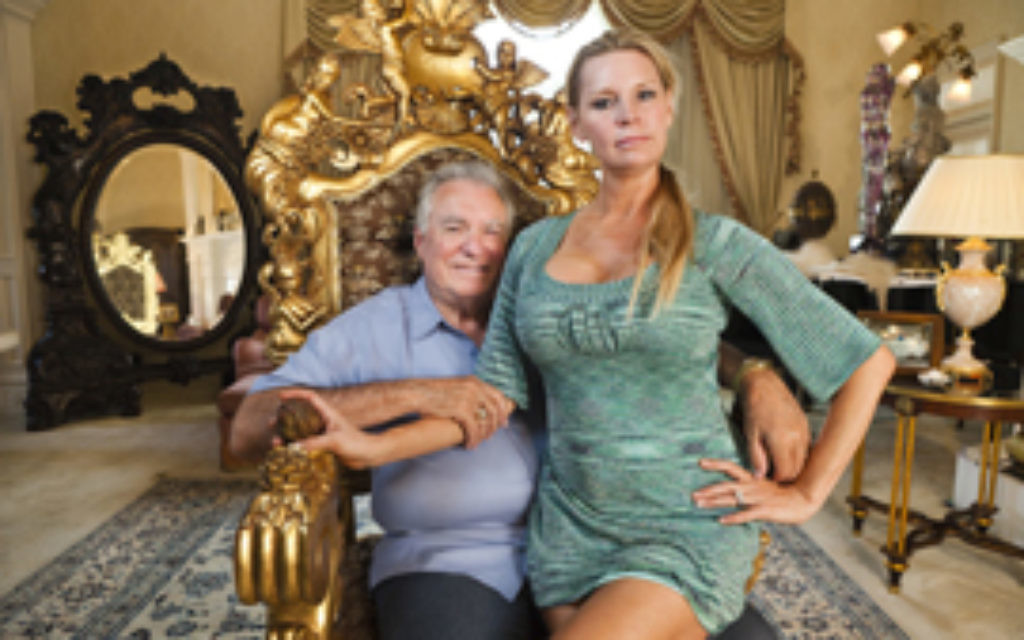 Last night, with our older daughter newly away at overnight camp and our younger one enjoying a sleepover chez my aunt, my husband Joe and I had a chance to see a movie.

Since we only see films with some “In The Mix” connection (that's a joke), we checked out Lauren Greenfield’s “The Queen of Versailles,” the award-winning documentary about the outrageously wealthy Siegel family and their recession-stalled quest to build the largest house in America.

I’d say David and Jackie Siegel have an interfaith marriage, because he appears to be Jewish by birth/ethnicity while she, a former model, looks like the walking stereotype of “shiksa.” But their lives, at least as depicted in the film, are utterly devoid of any kind of faith, religion or spirituality — really anything that transcends rampant consumerism or materialism. It’s not even a “cultural” intermarriage, since they don’t appear interested in education, books, history, art or, really anything that can’t be purchased, preferably in massive quantities.

Even the familial relationships are all depressingly transactional.

Jackie, who constantly showcases her enormous and presumably surgically enhanced bosom in tight, low-cut, push-up outfits, seems comfortable with the role of trophy wife (she is almost 30 years David’s junior) and jokes that her husband threatened to trade her in for two 20-year-olds once she reached age 40. (Later in the film, he gruffly jokes that he’ll wait ‘til she’s 60 and then take three 20-year-olds.)

The couple has seven children, a bounty palatable only — as Jackie freely admits — because of the ready supply of hired help to care for them 24-7. Indeed, one of the sons chooses to sleep most nights snuggled in his nanny’s bed, and one of the nannies speaks openly about how she is emotionally closer to the Siegel children than to her own children in the Philippines, whom she has not seen for years.

David’s son from a previous marriage works for him at Westgate, the time-share empire David built; the younger Siegel, who grew up in poverty despite his father’s riches, emphasizes that their current relationship is more boss-employee than father-son.

Not surprisingly, the only holiday we see the Siegels celebrating is Christmas: the completely secular version, replete with gifts, food, a servant dressed up as Rudolph The Red-Nosed Reindeer — and then more gifts, the wrapping paper dutifully disposed of by a servant.

Watching with my “In The Mix” glasses, it occurred to me that David Siegel (at least as depicted in the film) is the traditional Jew’s nightmare vision of assimilation run amok: an American Jewish man estranged from his roots, married to a gentile, his mission in life to show off his wealth, build lavish timeshare resorts (aggressively sold to people who can’t afford them) and flirt with/leer at Miss America finalists.

So, I feel compelled to say: while many have noted that the Siegel family is a metaphor for American consumerism in general, Siegel should not be seen as a metaphor for intermarriage. The Siegels are as typical of intermarried Jews as they are of American Jews in general. Which is to say, not very typical (I hope!) (Certainly their political preferences — for George W. Bush and other Republicans — aren't typical!)

In any event, you never know what may happen to the Siegel kids who, midway through the film are confronted with the news that, upon reaching adulthood, they might actually have to find jobs and support themselves. At least they’ll still be eligible for free Birthright Israel trips.