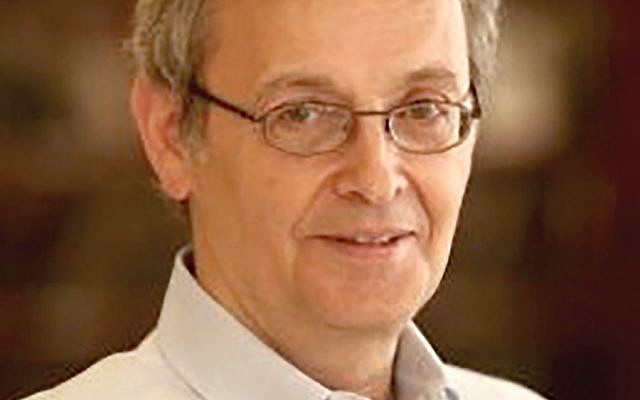 Acts of hate are, unfortunately, part of today’s reality. Anti-Semitism, the philosophy of hate directed against Jews, is but one example of that. And while all baseless hate is deplorable, it is understandable that Jews would have a specific interest in targeting Jew-hatred, hence the very public efforts at fighting anti-Semitism.

Many Jewish organizations and Israel advocacy groups are at the forefront of that fight. In recent months, we repeatedly see references to a “rise” in anti-Semitism, sometimes accompanied by adjectives such as “worrisome,” “alarming” or “steep.” How we measure and determine what constitutes anti-Semitism remains an open question, but for many, especially those who have never seen or experienced it, these descriptions seem very real and very disturbing. And so, the efforts to fight anti-Semitism are born, along with the perhaps naïve assumption that eliminating the pernicious thinking behind Jew-hatred is a just matter of education, awareness and, sometimes, legislation.

Noble as it is, this may not be the answer to anti-Semitism. And that may be because there is no real answer.

When Jews raise their cups at the Passover seder and declare, “In every generation they rise up against us to destroy us,” do they really believe it? And when Jews gather in synagogues and read the biblical verse describing the “war” fought against Amalek “from generation to generation,” do Jews really believe that?

Anti-Semitism takes many forms, and while some forms are more threatening than others, all are based on enmity that conflicts with reason and logic. For some, Jews are untrustworthy and for others, Jews are all-powerful. For some, Jews should get out of Palestine because it is not their home and for others, they should all just “go to Israel” because the Jews’ home is not “here.”

Some anti-Semites are rich, some are poor. Some are intellectuals, others are peasants. Some don’t like Jews but say they do, and others say nothing but wish them dead. All told, the expectation that anti-Semitism can be eradicated may be as irrational as anti-Semitism itself. Perhaps anti-Semites can be fought, but anti-Semitism? Well, not so much.

Every time an anti-Semite speaks, and Jews react, they may actually be providing fodder for more, not less, anti-Semitism. Having students robotically scream “I don’t feel safe,” providing leaflets with the “real facts” or writing letters to institutional and political leaders may satisfy the urge to “do something,” but it may actually be the type of attention and support that give anti-Semites and Israel-haters the motivation to go on.  And if, despite millions of dollars being raised and poured into Jewish and Israel advocacy organizations, we keep on hearing about rising anti-Semitism, maybe it is time to rethink how the fight should really take place. It may be that the key is in Jewish pride rather than Jewish fight. Totally ignoring anti-Semites may be dangerous, but ignoring the development of Jewish pride may be disastrous.

Rather than setting an unachievable goal and solely focusing on an impossible battle against an ideology that is resistant to logic and facts, perhaps Jews are better off ensuring that anti-Semites are denied what they most seek: the dilution and extinction of the Jewish people. Every Jewish child who is educated about Jewish tradition and every Jewish student who attends Jewish events becomes a soldier in the never-ending struggle to survive and flourish as a nation. Jewish pride and Jewish particularism may be inconsistent with social universalism, but it is also poisonous for anti-Semites and lethal to anti-Semitism.

Anti-Semitism should not be a surprise. It is constant and always present, sometimes out in the open and sometimes below the surface, like a germ waiting for an opportunistic host. It has always been around and always will be; Jews, especially Jewish youth, need to know that. We need to be careful in what we label “anti-Semitic” and be able to distinguish between benign disagreement and malignant dislike. We can’t decide what anti-Semites should think and how they should behave, but we can do something about what Jews think and how they should act.

So the next time you reflexively feel like “fighting,” first ask yourself if it really is anti-Semitism. Then ask if the way you are “fighting” it is working.

And if any of your answer is “no,” then think again.

Irwin J. (Yitzchak) Mansdorf is a fellow at the Jerusalem Center for Public Affairs, where he conducts research on political psychology and directs the Israel-Arab studies program.