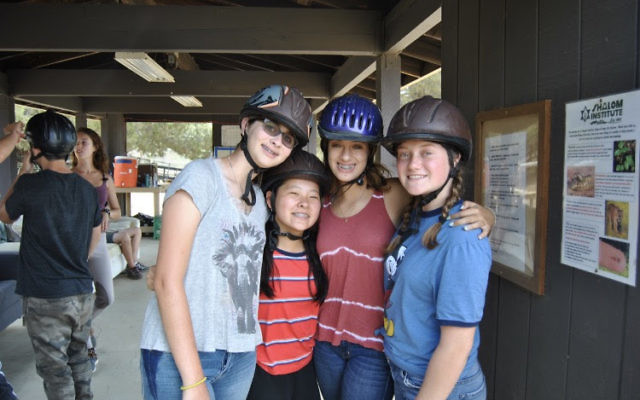 Recently some parents have asked about the inclusion program for campers and staff with disabilities at JCA Shalom. While a few camps have inclusive programs like ours, in my opinion I wish there could be more. I think more and more camps are considering inclusion programs, and Foundation Jewish Camp (FJC) is helping by offering training and working with camps through consultations, mentoring, and offering grants for camps to increase the number of campers with disabilities.

Even before I was the Camp Director, I thought about bringing more campers with disabilities to camp. In my job before camp, a youth director of a synagogue in Phoenix, I became close with some people working with a great organization, Aid to Adoption of Special Kids (AASK), and I thought it would be very cool to bring some of that positive energy to camp. So when I first started here full-time in 2001 (before I was Camp Director), I met with our Executive Director Bill, who could not have been more supportive. We applied for some grants and were a little ahead of our time, because we didn’t get those grants. Regardless, it was on our minds.

For as long as I have been with JCA Shalom (about 30 years), we have done a lot to accommodate campers with disabilities. Thinking back to my years as a camper and CIT, we had a bunkmate who had special needs. That being said, there were some campers who we couldn’t accommodate. On occasion a camper in the cabin would require too much of one of the two counselor’s attention, and that wasn’t fair to the other campers in that cabin group. On a rare occasion this sometimes resulted in us sending campers home because we could not accommodate them.

As a counselor and as a unit head, I remember being torn between wanting to do more, but also wanting to give all of myself to the other campers. Unfortunately, this is where many camps find themselves today.

Over the next few years, we knew this was important to us, and despite some challenges along the way we never gave up. With the help of a lot of supportive families, we came to the realization that if we added a third counselor into cabins that had a camper with disabilities, and gave them some details on that specific camper, in many cases those campers and their cabins could flourish at camp. Each time we did this it became more successful. Of course we ran into some minor “bumps in the road,” but the program continued to grow, until we would be welcoming over 20 campers and a handful of staff with disabilities each summer.

Nearly three years ago, we were contacted by Foundation for Jewish Camp who recognized the great work we were doing, and asked if we wanted help expanding. With generous funding from the Ruderman Foundation and Foundation for Jewish Camp, we received a grant that helped us hire our first year-round Inclusion Director. Rachel Adler is a superstar who now meets (either in person or virtually) almost all of our campers with special needs before they come to camp, and works with a team of 8 inclusion specialists, and a job coach that collectively serves over 40 campers and a few staff with special needs throughout the summer. 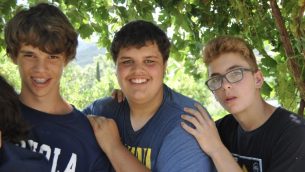 Rachel’s impact on camp has been profound! She teaches all of our staff throughout staff training and has had a huge impact on camp for campers with (and even those without) disabilities  As a result of her efforts, and the efforts of many throughout the years (in particular our Associate Director Allison, who oversaw our inclusion program for years), we have become recognized leaders in the area of inclusion in the world of Jewish camp.

This journey has not always come easily. We’ve made mistakes and had our struggles but we learned from those mistakes and we always try to grow from each experience. It’s fair to say we’re very proud of what we’ve created. The success of this inclusion program is just part of the welcoming, inclusive environment that is Camp JCA Shalom.

JCA Shalom is one of the six camps in the FJC Ruderman/Alexander Inclusion Cohort and one of many camps with an inclusion program. Foundation for Jewish Camp oversees over 150 day and overnight camps across North America. FJC believes that the key to Jewish success is Jewish Camp. Learn more about FJC, camps with inclusion programs and how you can get up to $1000 off to send your child to Jewish camp for the first time.