I am a Jewish human being.

Human being, homo sapiens, is the broad definition I share with 8 billion people on earth. Jewish is the specific sub-category, the religious covenant and culture of a particular human family, which I share with some 15 million people today and a noble chain of our ancestors. Human being is what I am. Jewish is how I am human.

Those of us who are intensely embedded in Jewish community sometimes lose perspective on these wider and narrower categories. Consider our tribe’s casual idiom about the world’s population, as if there are only two kinds of people: “Jews,” constituting almost .002 percent of homo sapiens, and “non-Jews,” who account for a mere 99.998 percent.

Parshat Bereshit, the first few chapters of Genesis, provides a healthy reminder. From Genesis 12 to the end of Deuteronomy, the Torah focuses on the Jewish people: Abraham, Sarah and their children, their journey into and out of slavery, their covenant with God and with each other, learning God’s wisdom and will through Moses’ leadership, wandering toward their homeland.

But the first two portions are about the 99.998 percent. Before Abraham goes forth, Genesis’ first 11 chapters depict a wider world and a whole human species.

These passages convey the Torah’s most profound teaching on the religious meaning of human life: “In the image of God did God create humanity, male and female God created them” (Genesis 1:27). Tzelem Elohim, the divine image, stamped on each human being. 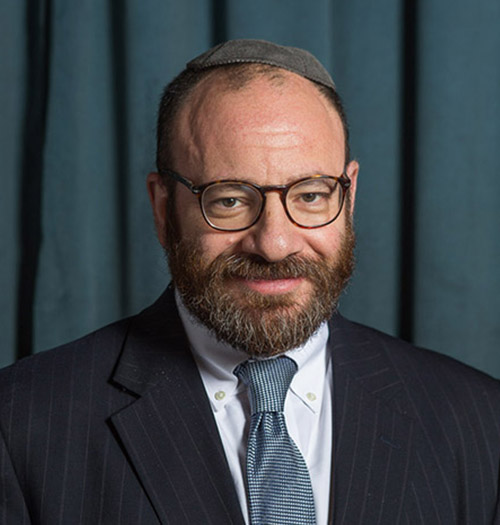 Notably, the Torah’s teaching about the infinite value of every human life appears in these early chapters and never again. Three times when addressing humanity as a whole – Genesis 1:26-27 and Genesis 5:1-3 in this week’s reading, and Genesis 9:6 in next week’s parashah – the Torah asserts the correlation of human life to its divine model. But once it shifts its focus to the subgroup of Israel, the Torah never once repeats this central teaching of religious anthropology.

The Torah, it seems to me, is extremely precise in presenting the concept of tzelem Elohim. The divine quality to human life is not one tenet among many; it is a premise upon which all subsequent religious or ethical culture depends, Jewish or “non-Jewish.” Recognizing tzelem Elohim is not a consequence of the historical experience of Abraham’s clan or Moses’ teaching. Rather, those cultural frameworks are the consequences of the sacred structure of human life that applies to all humanity, regardless of its ethnicity or culture.

Just what does it mean to bear the divine image? Judaism’s rich interpretive traditions have plenty to say about what might be the pshat, or literal meaning, of the Torah’s phrase, or what homiletical jewels might lie beneath its surface. Perhaps tzelem Elohim refers to humanity’s role as a divine viceroy who would “rule the fish of the sea, the birds of the sky and the beasts who walk the earth” (R. Saadya Gaon). Perhaps it denotes a human faculty, like a rational mind (Maimonides), a heavenly soul (Nachmanides)or a free will strong enough to overcome our physical instincts (Mesech Hokhmah). All these and more might be meaningful.

Additionally, here is a rich midrash that treats the term tzelem Elohim more literally. In biblical Hebrew, tzelem typically means something concrete, not conceptual. Ancient readers would have been unlikely to think of tzelem as an abstraction like “rationality,” as Rambam did, and instead would have thought of an idol, like those they saw from nearby pagans. In that case, tzelem Elohim would have sounded as if it meant “God’s statue.”

Everyone knows Judaism rejects idol worship utterly, right? But perhaps this is not quite correct.

Here is how a midrash (Mekhilta BaHodesh 8) understands that connection:

How were the 10 Commandments arranged? A list of five on one tablet and a corresponding list of five on the other. On one was written, “I am the Lord your God.” Corresponding to that was written “You shall not murder.” This teaches that all who shed human blood have reduced the royal image. A parable: It is like a human ruler who enters a region and erects statues, makes idols and issues coins. Later, when people rebel, they topple the king’s statues, smash his idols, and destroy his coins. So too, anyone who sheds human blood reduces the royal image, as it is said: for God made the human in the divine image.

According to this midrash, all human beings, created in the divine image, are living symbols of God, whose image they bear. Just as Caesar’s rule is made visible through a physical image, perhaps Hashem’s dominion is likewise manifest in the human beings who bear the image. To murder a precious life, then, is to deny the existence of God, by destroying God’s statue.

Everyone knows Judaism rejects idol worship utterly, right? But perhaps this is not quite correct. For a pagan, a stone idol makes a worshiper think of Baal or Zeus. In Judaism, we are called upon to venerate one unique idol: When you see homo sapiens, you see the tzelem Elohim.

Jeremy Kalmanofsky has been a rabbi at Manhattan’s Ansche Chesed since 2001.