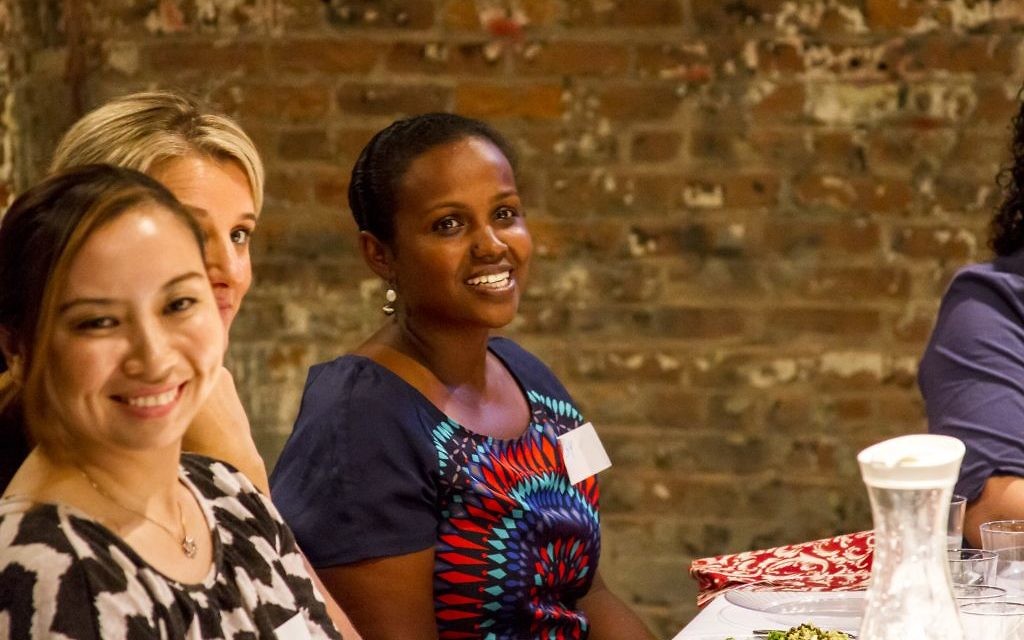 A century after the last Jewish Y in Harlem closed, a similar institution is about to open there, an indication of the kind of demographic changes that are coming to define the city neighborhood by neighborhood.

JCC Harlem, an “initiative” of the Upper West Side-based JCC Manhattan, is set to begin operations the first week of January in a renovated garage-business building on West 118th Street.

The new JCC, which will offer a variety of classes and programs geared to young Jewish families and other residents, is the latest sign of a Jewish renaissance in the neighborhood that was one of the city’s most prominent Jewish areas for several decades in the late 19th- and early 20th centuries.

“It’s an up-coming [Jewish] neighborhood,” said Jeffery Gurock, a professor of American Jewish history at Yeshiva University whose book, “The Jews of Harlem: The Rise, Decline, and Revival of a Jewish Community” (New York University Press), will be published next month.

The new JCC “projects a vision of optimism” about the viability of the neighborhood’s Jewish future, said Gurock, who wrote an earlier book about the same subject, “When Harlem was Jewish” (Columbia University Press) in 1979. “I’m very excited about what’s going on.”

JCC Harlem ran a series of recent meeting and focus groups in its new site to gague the interest of the neighborhoods's Jewish residents. Courtesy of JCC Manhattan/Angelica Ciccone

“I’ve been telling people that Harlem has two [Jewish] beginnings,” Gurock said — the first, when Jewish immigrants began arriving in large numbers from Europe in the 1870s, some of them moving uptown from the Lower East Side; and the current revival.

JCC Harlem is a collaborative effort between JCC Manhattan and UJA-Federation, which as part of an eight-year-old project to identify and strengthen “emerging” Jewish areas through nearby JCCs and Jewish Ys, earlier this year approached JCC Manhattan about establishing a presence in Harlem. “They [UJA-Federation] want to be at the forefront to respond” to the needs of “under-resourced” Jewish neighborhoods, said Dava Schub, chief program officer at JCC Manhattan.

The philanthropy had marked Harlem, once a symbol of urban blight and high crime rates, as a neighborhood that in the last two decades has become safer and undergone extensive gentrification. It has also attracted more Jews; an estimated 8,000 Jews live there, according to Schub. “I’ve heard numbers as high as 10,000.”

Harlem’s Jews today are members of the traditional Jewish professions (doctors, lawyers and teachers) and artists; some have been priced out of the Upper West Side, and lured uptown by generally less expensive housing costs.

Harlem’s Jewish population peaked at an estimated 150,000 in 1917. The numbers started going down after Congress passed a quota on Eastern European immigrants in 1921, and Jews with more affluence moved to the Upper West Side. By 1930 the figure was down to 5,000, and kept dropping through the years – until it began increasing a decade ago.

This phenomenon still surprises some outsiders, Schub said. “A lot of people open their eyes” when she describes Jewish life in Harlem. “They say, ‘There’s a Jewish community there?”
Other signs of a growing Jewish life in Harlem include the Harlem Minyan, a volunteer-run, egalitarian prayer group that meets in a rented space; a Chabad center founded by the late Rabbi Shaya Gansbourg; the Harlem Hebrew Language Academy Charter School; the Tsion Café, owned by a Jewish native of Ethiopia’s Beta Israel community; and several businesses owned by Israelis.

“It’s a multi-colored Jewish community,” Schub said.
Jon Adam Ross, a Memphis-born actor who, with his wife, Jennifer Pehr, has lived in Harlem seven years, said the couple chose that neighborhood because “we wanted to live in a community full of different kinds of people. That was an attraction for us in Harlem.” As an example of the area’s eclectic character, he points to Lee Lee’s Baked Goods on West 118th Street. The owner is Alvin Lee Small, an African-American man from South Carolina. The only thing he makes is rugelach, as Ashkenazi delicacy.

Ross, a founder of the Storahtelling organization, he has met with JCC Harlem’s director of programs, Meg Sullivan, and said he will be active at the JCC, which he called “a laboratory for the community.

“I’m getting to put in my two cents,” Ross said. “What excites me is that there will be a place in the neighborhood where I can stop by.”

Thane Rosenbaum, a writer-law professor who has lived in Harlem for 15 years, said the new JCC may be a natural draw for people who work and learn at nearby Columbia University and the Jewish Theological Seminary.

And, he said, it “might energize” current Jewish residents of Harlem, many of whom are unaffiliated. “It will get people to realize the possibility of living in Harlem as Jewish New Yorkers.”

The JCC, like most JCCs and Jewish Ys around the country, will be open to people of all religious and ethnic backgrounds.

To prepare for the opening of the 6,000-square-foot JCC Harlem site, staff members have in recent months held a series of meetings and focus groups with current Jewish residents of Harlem, tried to identify other Jewish residents, drawn up a tentative list of offerings to serve the area’s population, and reached out to local politicians and civic groups about the possibility of participating in joint social justice programs.

Among the area community officials and lay leaders to whom JCC Harlem has reached out are Rep. Charles Rangel, the Police Athletic League and the Harlem School of the Arts. “You can’t be good neighbors without knowing who your neighbors are,” Schub said.
JCC Harlem, which will initially operate in its rented space on a two-year lease, is also establishing partnerships with PJ Library, Lab/Shul, Beineinu (a group that builds small, chavurah-type communities), the Jewish Renewal congregation Romemu and the Israel American Council.

Two fellows from the social justice group Repair the World will be based at the JCC, Schub said.

It is too early to determine what shape the institution’s programming will take, she said, adding that parents of young children have indicated an interest in after-school programs and family-oriented holiday events.

Parents told her, “We want a place to come with our kids,” Schub said.

Other possible programming includes yoga and meditation, Friday night Shabbat dinners, and events for people, especially singles, in their 20s and 30s. The building contains no gym or swimming pool.

The JCC will offer what discussions with local residents indicate they want. “It will be a reflection of the people who live up there. Everything that develops there will be unique to Harlem” Schub said. “

“It’s not the Upper West Side,” which has a large Jewish population and a large variety of Jewish institutions, said Rabbi Joy Levitt, executive director of JCC Manhattan.
Before it officially opens its doors in early 2017, JCC Harlem has announced, it will offer several events, some co-sponsored by other Jewish organizations, to introduce itself to the community and attract prospective participants in its future programs. (Unlike most JCCs and Jewish Ys, JCC Harlem will not offer membership, but will charge for individual programs.)
The JCC’s pre-opening activities include an Erev Rosh HaShanah Family Service on Sunday, Oct. 2; a book launch and conversation with Gurock on Sunday, Oct. 30; a “Sunday Funday/Yom Kef” on Sunday, Nov. 6; and a coffee house discussion with Schub and Sullivan on Tuesday, Nov. 8.

The success of JCC Harlem depends on how it measures up to the premise “if you build it, they will come,” said Rabbi Deborah Joselow, UJA-Federation chief program officer. “I hope it will have a permanent presence.”