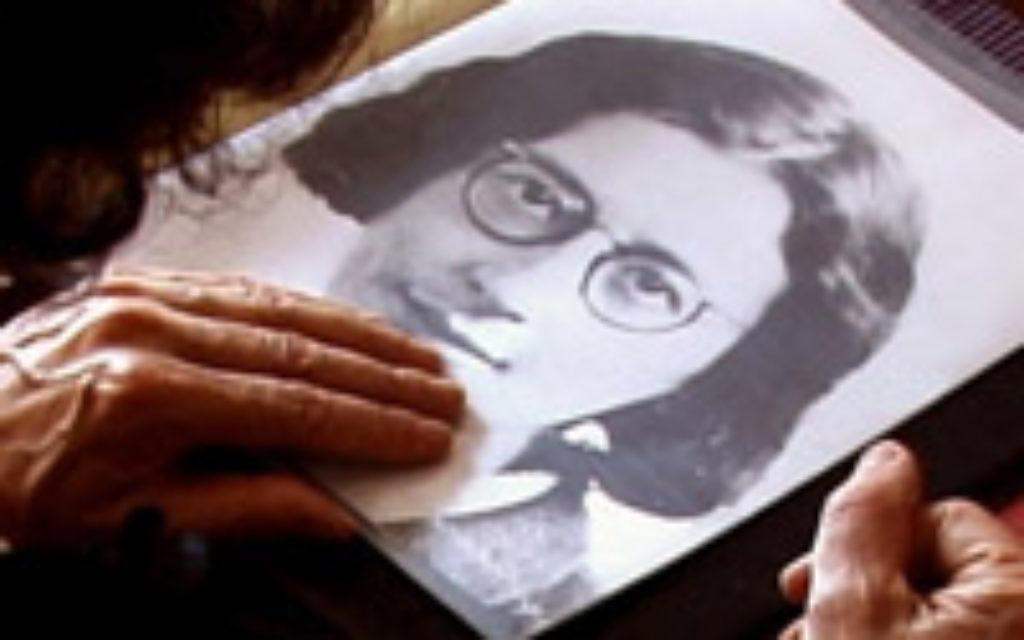 The life and thought of Simone Weil present numerous paradoxes and pitfalls for a documentarian brave enough to take her on. She was a secular Jew who was taken with Catholic thought, a pacifist who bore arms in the Spanish Civil War, a member of the Resistance whose final act of defiance was to starve herself, enabling tuberculosis to triumph over her body. It’s a tangled story made more so by the passage of time, which has swept away almost everyone who knew her.

Julia Haslett has shown admirable courage in taking on this legacy in her new film “An Encounter with Simone Weil,” which opens Friday, March 23. Her earnestness is unmistakable, but the film that results is a series of missteps that lead us into an intimate involvement with the filmmaker and her family history while leaving viewers in the dark about Weil’s philosophy and actions.

Haslett’s previous work has focused primarily on issues of biomedical ethics and medical anthropology, examining cross-cultural medical practices. Her compassion and concern for the suffering of others is manifest in every frame of her work. So it is not surprising that the new film, her first feature, opens with a question that everyone has asked at some point: “What does human suffering demand of us?”

Haslett’s concern is not merely academic or professional. As she explains, her father suffered from mental illness and committed suicide when she was 17. Her older brother Timothy Haslett has struggled with an anxiety disorder and severe depression throughout his adult life. Weil wrote, “Attention is the rarest and purest form of generosity.” Armed with that quote, Haslett thinks that she may find an answer in the French philosopher’s work and sets out to explore her life.

The biggest pitfall that “An Encounter” faces is embedded in this scenario. While there is no gainsaying the importance of finding an answer to Haslett’s overriding question, and Weil is certainly a thinker who offers one possibility, the film’s agenda is cloudy, an unfortunate mix of the personal, the professional and the political. It would take a film much longer and more complex than this 85-minute effort to sort out the various threads, and, from the film’s outset, Haslett shows little sign of being able to distinguish among them.

She begins her investigation with a series of exterior shots of the Upper West Side apartment building in which Weil and her parents lived after they fled the Nazis in 1942, well-to-do Jews who were lucky enough to secure U.S. visas. Haslett’s fascination with the building, which is repeated at several other points in the film as she visits other former residences of her subject, points up a major problem of emphasis. Yes, film is a visual medium and you need some image for an audience to connect to a subject, but Haslett seems more concerned with these exterior manifestations of Weil’s presence than with a detailed explication of her thought. In one shot, early in the film, she tosses a copy of a paperback edition of Weil’s writings onto a table; it thuds ominously as Haslett notes that the collected works run to 16 such hefty volumes. One senses that the weight of so much verbiage overwhelmed the filmmaker, whose self-described “expressionistic” approach is perhaps the wrong toolkit for the task.

One desperately wishes for more insight into Weil’s decision to abandon a barely held Jewishness for the Church, for her rather oddly self-tormenting personal choices, reaching their illogical end with her death at 34, for the hold that her ideas have had on people as disparate as Albert Camus, T.S. Eliot and Czeslaw Milosz.

Throughout the film, Haslett seeks out the tiny group of people still alive who knew Weil, however slender the connection. Finally she even resorts to the deeply bizarre tack of hiring an actress to study Weil’s life and work and to improvise dialogues with her in the guise of interviews between filmmaker and philosopher. It’s a device that, quite frankly, adds nothing to the film and borders on the embarrassing.

In the midst of all this searching for a shortcut into the heart of Weil, Haslett keeps insisting on the difficulty of her process. The film slowly becomes more a documentary about Haslett’s inability to get inside Weil’s head (as if the vast body of writing weren’t the fastest way to do that) and to find visual equivalents for her ideas. Threaded through this rather self-absorbed approach, Haslett offers some deeply moving and tormenting moments with Timothy, whose life is spiraling downward. Her sense of helplessness in the face of his falling into a personal abyss is palpable, and one wishes she had chosen to make a film about his tragedy and their family history instead of this jury-rigged effort. The decision is understandable but regrettable.