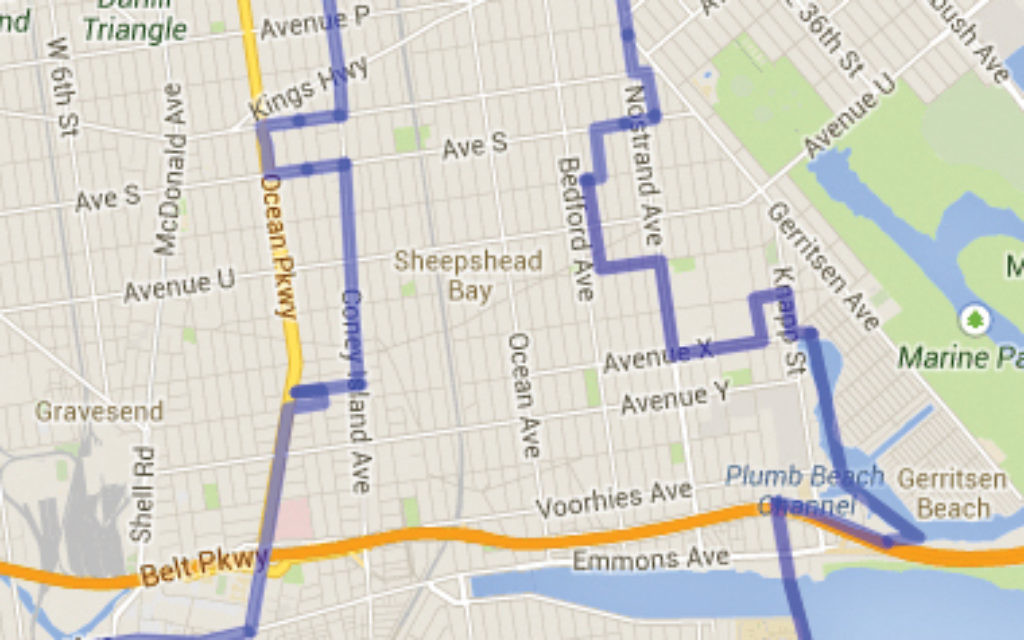 A year after a City Council commission redrew the borders of some Council districts in Brooklyn, voters in the new 48th District will elect a representative for the first time on Tuesday.

The election will determine not only the victor, but the extent of Jewish voting strength in what previously was known as a “Super Jewish” district for its concentration of Orthodox, politically involved residents. Now newly configured, with the share of Jewish voters reportedly reduced from about 50 percent to about 30 percent, the 48th has been dubbed a “Super Russian” one, with a large number of residents with roots in the former Soviet Union.

n Chaim Deutsch, a Democrat, served as Nelson’s chief of operations. A Brooklyn native, he is a longtime community activist and a founder of the Flatbush Shomrim Safety Patrol.

n David Storobin, a Republican, is an attorney who briefly served in the State Senate. He is a native of the Dagestan region of Russia.

n Igor Oberman, lost to Deutsch in the Democratic primary but continues his campaign on the Working Families ballot. A native of Russia, he is an attorney who served as a Russian-speaking liaison in the office of Brooklyn Borough President Marty Markowitz.

n Gregory Davidzon, an independent, entered the race two weeks ago as a write-in candidate. A native of Uzbekistan, he is a businessman who owns a local Russian-language radio station and several Russian-language newspapers and magazines. A self-described “kingmaker,” he’s not a member of any party, is not registered to vote and has endorsed both Democrats and Republicans in past elections.

“It’s going to be a close election,” Deutsch said in an email interview.

Though the current 48th District is new, the area is traditionally Democratic; but Jews from Russian-speaking backgrounds are often more likely than American-born Jews to vote Republican.

Orthodox Jews and Russian-speaking Jews don’t necessarily share political concerns and priorities, but little divide between them is evident in the campaign for the 48th District seat, says Josh Mehlman, a founder of the Flatbush Jewish Community Coalition, a non-partisan group that advocates on behalf of the neighborhood’s Jewish citizens and their interests. “We don’t think the community is being split at all.

“Many people are looking [at the election] as an opportunity to win the community back,” Mehlman says — in other words, the Council election is a way to reassert Jewish electoral clout in a district that was divided by the City Council’s Redistricting Commission last year.

“Most people in the city,” from various ethnic backgrounds, “elect someone who is like them,” Mehlman says; hence, four Jewish Council candidates in an area that also includes residents from scores of other ethnic and religious backgrounds.

A Democratic member of the Council is more likely to wield influence on the Democrat-controlled body, Mehlman says, adding that voters are familiar with Deutsch’s Shomrim work and his “track record of getting things done.”

Storobin’s get-out-the-vote operation in the election to succeed Sen. Carl Kruger last year proved to be formidable for a first-time candidate running against an established incumbent Democrat, Council Lewis Fidler. Support among Russian-speaking voters was strong. However, he won by a narrow margin and only after months of recounting ballots.

Most Council campaigning has taken place in direct-mail flyers and newspaper advertisements in English and Russian, Mehlman says, noting that there are many quality of life issues at stake. “The Jewish community cares deeply about funding our social service organizations [that] are the safety net for the poor, sick and needy,” he added.

Deutsch says his campaign has emphasized “education for our children and protecting our senior citizens. People are concerned about bread and butter issues — how they’re going to pay their next bill.”

Storobin’s election website stresses his experience in the State Senate, where he “sponsored 42 bills to improve our education and health care, to help small businesses, to lower taxes and to reduce crime.” Oberman’s website lists “equal rights … quality education and facilities … employment and job advancement … healthcare” and a pledge to “preserve and expand affordable housing” as his legislative priorities. Davidzon does not have a website for his campaign, but in his public appearances since declaring his candidacy he was quoted as saying he favors government aid for private schools.

Neither Storobin nor Davidzon responded to requests from The Jewish Week to comment on the election.

Mehlman says he has heard little interest in Davidzon’s candidacy on the streets of the district, and cannot predict what role the maverick candidate will play in the election.

Davidzon, whom The New York Times last year described as “inventor, entrepreneur, scientist … a man perpetually playing four angles and eight projects,” was endorsed by Assembly member Alec Brook-Krasny, and by Ari Kagan, another candidate who lost the Democratic primary race to Deutsch.

Some observers see Davidzon’s candidacy as means of harming the electoral chances of Storobin, who opposed Davidzon’s candidate, former City Councilman Lew Fidler, in the State Senate race last year that Storobin won. He left the Legislature within a year when his district was eliminated by reapportionment.

“Insiders agree that Mr. Davidzon’s write-in campaign is a long-shot, even though he’s known as a local power broker,” the Politicker.com website reported recently. Storobin told the site that Davidzon’s influence in the Council race will be negligible. “I will make a bet with anyone that he will not break 100 votes.”