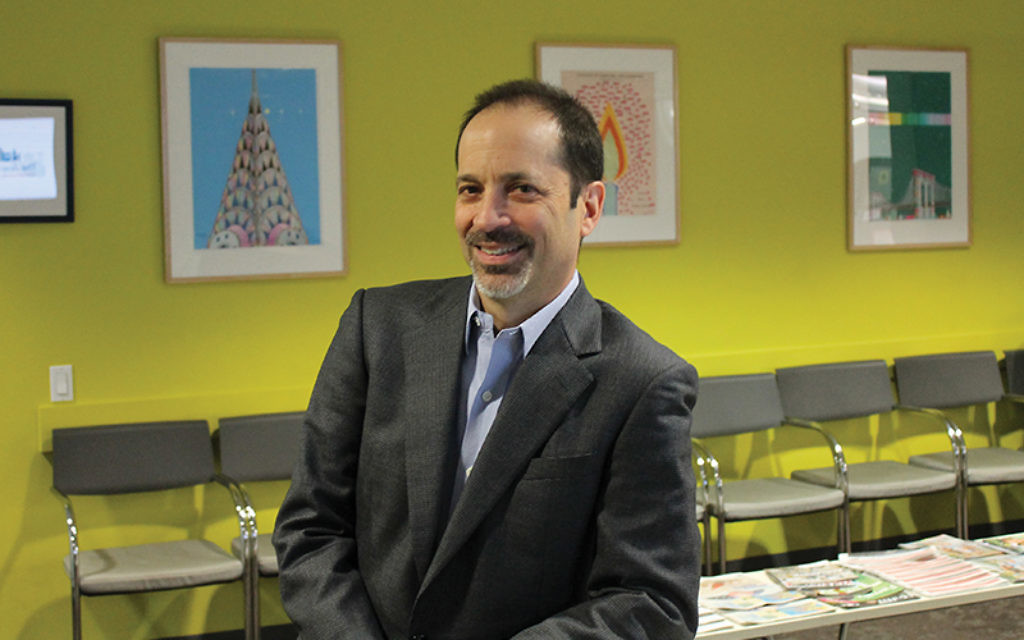 Deana Beckford was caught unaware last December when she read in the newspaper that FEGS, the massive social service agency, was having financial problems.

“It was very shocking,” recalled Beckford, a social worker who had worked for FEGS for the previous four years.

Several weeks later, she said she learned that The Jewish Board of Family & Children's Services would be taking over the largest group of programs FEGS operated, its behavioral health programs for adults with mental health problems, serious medical and substance abuse issues.

Beckford is director of The Jewish Board’s Burnside Residence in the Bronx, a 38-bed housing facility for people with mental illnesses. Last December, she was working at a similar FEGS’ residence on White Plains Road in the Bronx that had 52 residents.

“The staff was a little anxious at first,” she said. “But once The Jewish Board came on, it did a good job of telling us what they were going to be doing and to keep us calm. They assured us that we did not have to go anywhere — that they wanted to keep everybody — and nobody left.”

She added that she was comforted by The Jewish Board’s solid reputation and the transition went smoothly for both staff and clients, whose services continued without interruption.

It also helped that there were a number of staff members at both agencies who knew each other. David Johnson, FEGS’ director of care management, got to know his counterpart at The Jewish Board, Hillel Hirshbein, through an umbrella organization to which they both belonged.

“I knew him since 2012 and we had a collegial and collaborative relationship,” Johnson said. He now works for Hirshbein as The Jewish Board’s director of Care Coordination Services.

The transfer of FEGS’ behavioral health programs to The Jewish Board occurred June 1, four months after FEGS’ spectacular implosion. It covered $75 million in programing, 9,000 clients at 22 locations and a staff of 800, all but 100 of whom made the transfer, according to David Rivel, the Jewish Board’s CEO.

But the transition hasn’t been without its bumps. Rivel said he made clear to city and state officials when The Jewish Board accepted FEGS’ 3,000 clients on Long Island that it would be for no more than six months.

“We are a New York City-based provider and could not take FEGS’ Long Island programs because we don’t know the appointed or elected officials there,” Rivel said. “We would be stretched too thin, compared with a provider based on Long Island who knew the community.”

The officials initially agreed, but changed their minds.

“They came back and said that nobody on Long Island could take all of FEGS’ Long Island programs. They said we were best positioned to take them all because we have a history of providing quality services, a history of financial stability and a union contract with the same union that FEGS has,” Rivel said.

Officials in both Nassau and Suffolk said they are in the process of seeking providers to take over the programs, which include a mental health clinic in Hempstead serving about 650 people a month and two smaller clinics in Suffolk as well as 20 units of supported housing in Suffolk and 17 units in Nassau.

Rivel said he is concerned, too, that The Jewish Board not repeat the same management mistakes that caused the demise of FEGS. A 20-member commission created by the Human Services Council, which represents all 180 human service agencies in the city, is now reviewing what happened to FEGS and the lessons learned. Its report is expected at the end of the year.

Allison Sesso, executive director of the council, said the commission includes specialists in nonprofit financial management, four philanthropies including UJA-Federation, and members of an umbrella group of business interests, recognizing “that nonprofits are a part of the prosperity equation in the New York City.”

Although the impetus for creating the commission was FEGS’ demise, Sesso said the commission would be looking at “human service closures across the board in recent years.”

“FEGS made everybody wake up,” she said. “There have been mergers and acquisitions, and FEGS was a signal to us that there may be problems with the nonprofit model. Government underpayment for services had a hand in it [its collapse]. In addition, over the last 10 years, government hasn’t raised reimbursement rates. To keep contracts, nonprofits had cutbacks in their organizations — such as hiring fewer people and increasing the amount of money staff would pay for their health insurance. It does not seem that FEGS made those management decisions needed in order to survive.”

Sesso added that nonprofits are “looking more critically about their own models given FEGS collapse. It created a real buzz in the community and caused agencies to think about the risks they take when they sign a contract with the government.”

The acceptance of FEGS’ programs came after much deliberation, according to Alice Tisch, The Jewish Board’s president.

“Before making any decisions, our trustees wanted assurance that we were not destabilizing The Jewish Board in any way by taking on these new programs,” she said in an email. “And before committing, we asked for, and received, support from New York State and from UJA-Federation. Those expressions of partnership, together with our own positive and thorough due diligence, gave us the confidence and excitement to move forward. Each of us on the board and the staff will be watching the financial performance of these programs extra closely to make sure they are healthy and sustainable.”

Also watching closely is UJA-Federation of New York, according to Elana Broitman, the organization’s senior vice president for agency relations. She pointed out that UJA-Federation instituted a series of accountability measures nearly two years before FEGS’ collapse. The measures, she said, were to permit UJA-Federation to know about the financial well-being and governance of its agencies and “where we might need to provide greater assistance.”

Those measures failed to detect FEGS’s fatal errors and Broitman said her organization is “in the process of editing and updating them with the lessons learned, of course.”

“It wouldn’t be prudent not to take lessons — and that was a big lesson to learn,” she said.

When FEGS folded, Broitman said the UJA-Federation “worked with the state and the city because all of us shared the concern that not a single client would be left without service. We also knew that the government wanted the behavioral health programs transferred as a whole because it would be more effective and efficient – and easier to keep FEGS people staying in their important jobs. We were a major and steady partner throughout this entire thing. Nobody wants to see an agency collapse, but given what happened, we were glad that clients found a home at The Jewish Board and other agencies.”

Asked about the impact of these new clients on the Jewish Board’s operation, Tisch wrote: “These new programs will allow us to deepen our services within New York City, allowing all of our clients, new and old, to access to more clinics, more supportive housing and more care management resources. It extends and intensifies the continuum of care we can offer to all New Yorkers, and even extends opportunities for continued learning and development for our staff.”

Rivel noted the irony of The Jewish Board taking over FEGS’ programs because for years the two had been rivals, even though The Jewish Board had a commitment to children that FEGS never did.

“Historically, FEGS was created for employment and vocational services during the Depression to help Jews find work,” he said. “Then it became more expansive and took on a lot of the work we had been doing,” Rivel said.

The behavioral health programs were the largest of three groups of programs that FEGS operated. Its vocational assistance and job training programs were transferred primarily to We Care. Its programs for those with developmental disabilities went to 11 different providers, according to FEGS’ attorney, Burt Weston, who said the transfers occurred between April 1 and June 1 to a total of 25 different providers.

He noted in an email interview that the leases for buildings in which programs were held were also transferred to the new providers and that FEGS’ owned properties would ultimately be sold as part of the bankruptcy proceedings that FEGS filed in March. He said a date has been set by which all monetary claims against FEGS must be filed and until all assets are liquidated and the claims pool reconciled, “there is no way to determine how much creditors will be paid.”

Former employees, however, were recently paid for accrued and unused vacation pay earned within 180 days of the bankruptcy filing (up to a maximum of $12,500).

Larry Cary, general counsel for District Council 1707 which represented FEGS’ employees, said that about 1,000 employees were paid a total of $2.5 million. And he said another $2.5 million in severance has yet to be paid.