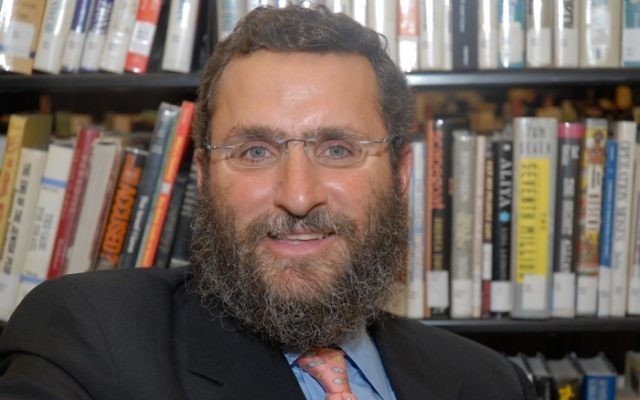 A predictable pattern has emerged over the last several decades of U.S. Middle East policy. The State Department will urge the president to pursue its formula for bringing about peace between Israel and the Palestinians. The president and his secretary of state waste years in this endeavor, made quixotic, because of the failure to confront Palestinian irredentism.

Equally predictable, the diplomats behind these failures retire and use the media to pontificate on what their successors should do. The latest representative of the class of former emissaries to speak out is Daniel Kurtzer, who served as U.S. ambassador to Israel and to Egypt. I was proud of Kurtzer because he is an observant Jew who celebrated his adherence to his faith while serving as American’s top diplomat to the Jewish state. But his achievements should not provide him a protective shield when he criticizes Israeli policy.

But Kurtzer has it backwards; he represents the fringe of Jewish opinion here and in Israel. He believes Friedman is wrong for the job because, he writers, “Mr. Friedman has been publicly arguing that Israel has a right to build settlements and annex parts of the West Bank. He believes that the United States should recognize Jerusalem as Israel’s capital and move the American Embassy from Tel Aviv to Jerusalem.”

But Israel has as much right and, historically, politically, religiously and geographically, more right to sovereignty in Judea and Samaria than the Palestinians. No one disputes that the West Bank was the Biblical cradle of early Jewish civilization and that the land was unlawfully occupied by Jordan between the 1948 and the 1967 war. Jordan’s annexation of the West Bank in 1950 was recognized only by the United Kingdom, Iraq, and Pakistan. So what illegal occupation of the West Bank is Kurtzer referring to? Which legal entity did Israel illegally occupy it from?

Eugene Rostow, a former Undersecretary of State for Political Affairs in the Johnson Administration, observed that UN Security Council Resolution 242, the backbone of all peace negotiations, gives Israel a legal right to be in the West Bank. The resolution “allows Israel to administer the territories” it won in 1967 “until 'a just and lasting peace in the Middle East' is achieved.”

So Friedman is correct when he says Israel has a right to build settlements in the West Bank. In fact, the Palestinians agreed to it when they signed the Oslo accords. Whether doing so is in Israel’s best interests is for Israel’s government (elected three consecutive times) to decide.

As for annexing parts of the West Bank, Israel is under no obligation to maintain the status quo forever because the Palestinians refuse to coexist with a Jewish state. Israel annexed the Golan Heights and has been even more patient in holding off annexation of some or all of the West Bank.

Regarding moving the U.S. embassy from Tel Aviv to Jerusalem, Kurtzer knows that Congress passed a law to this effect in 1995 – that is U.S. policy, not what the State Department advocates.

Congress made the mistake of providing the president a loophole to ignore the law and that is why the embassy remains in Tel Aviv. So Friedman not only has the law on his side but the foresight Palestinian apologists lack, namely, the understanding that recognizing Jerusalem as the indivisible capital of Israel will end the Palestinian fantasy of one day controlling Jerusalem. From there the Palestinian house of cards will collapse. Arab governments who have used innocent Palestinian refugees as pawns by which to demonize Israel will recognize they will never be migrating to Israel to demographically overrun the Jewish state and Palestine will never be liberated from the river to the sea.

Kurtzer and others have criticized Friedman for referring to J Street as the equivalent of Jewish kapos who collaborated with the Nazis at concentration camps. I agree that this language was inappropriate. Nothing short of genocide should be compared to the Nazis. It may be that in the heat of the campaign Friedman used language that was unacceptable, but it is in no way characteristic of the fine man he is.

The point he so indelicately made was consistent with the views of most Jews and Israelis who do not consider J Street pro-Israel or pro-peace. Rather, J Street reflects the belief of Arabists that Israelis don’t know what’s good for them and that their democratic process should be replaced by the judgement of State Department officials and Israel critics living thousands of miles away in London, Paris, and Oslo.

Many American presidents have believed that they can somehow persuade the Palestinians to live in peace with Israel. Each of their peace plans have failed.

Many critics seem frustrated that Friedman will carry out a foreign policy that treats Israel as an ally as opposed to President Obama’s favorite whipping post. The fact that Friedman is close to the president-elect and is a solid friend of Israel will ensure that he has an important voice in ensuring that the democratic state of Israel is not forced to make concessions to non-democratic terror entities bent on Israel’s destruction.

Shmuley Boteach is the author, most recently, of “The Israel Warrior: Standing Up for the Jewish State from Campus to Street Corner.”