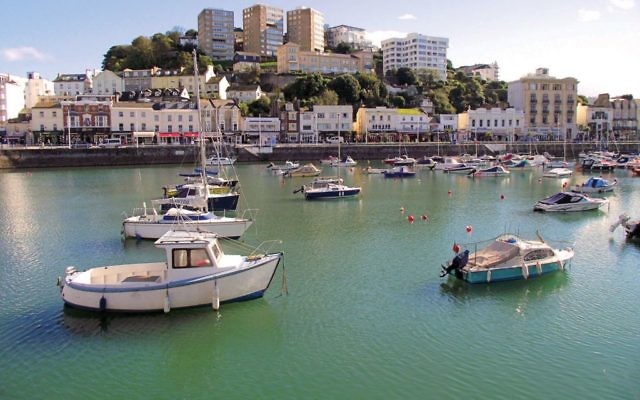 In the British Isles, I always feel the frisson of familiarity mixed with foreignness.

There’s something about the white villas of Torquay, located in the borough of Torbay, in the county of Devon … Ah! That’s it: “Fawlty Towers.” While it wasn’t filmed here, the classic British TV series was inspired by and set in this southwest resort town. Its star, John Cleese, and his Monty Python colleagues had a soft spot for Devon, a sunny region often called the English Riviera. (The city is in the spotlight these days because of its pivotal role in the new film “Dunkirk.”)

The Gleneagles Hotel, whose hilariously rude proprietor was the basis for Cleese’s starring character in “Fawlty Towers,” was razed last year to make way for condos. But the association endures — and between England’s mildest climates, its prettiest coastline and abundant Jewish history, there’s plenty to enjoy in and around Torquay.

Developed first as a 19th-century colony for convalescents, then as a fin-de-siècle resort before the age of air travel, the region boasts a landscape out of vintage British novels. Pretty white stucco villas and high stone walls are tucked into a landscape of wild green hills and rolling fields; dramatic, pine-dotted cliffs overlook a turquoise sea. 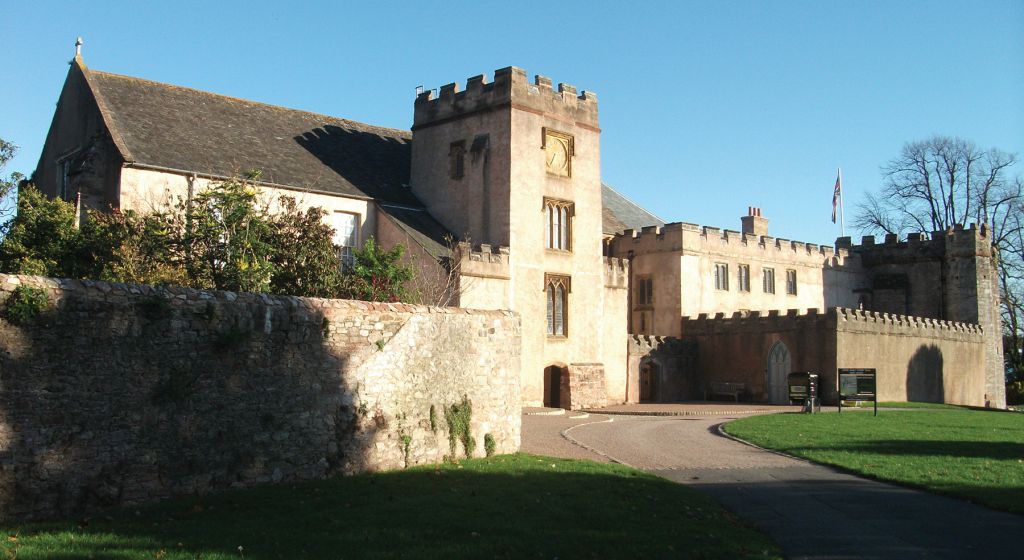 Torquay and its neighboring villages all boast sandy beaches along wide, curving bays, with waterfront promenades popular with evening crowds. In spite of the (imported) palm trees, however, water temperatures are brisk — if you’re lucky, you’ll hit the high 60s by August.

That English chill explains the popularity of cheap flights to Spain and Portugal, which have made Torbay more of a weekend getaway and less of a summer vacation for the British. But with foreigners making up the difference, the pubs and shops are lively, the harbors full of sailboats, and the countryside an unspoiled paradise full of gardens and castles to explore.

If it sounds like the setting for an Agatha Christie mystery … well, it is. Torquay is the hometown of Britain’s most beloved mystery writer; in September, when the town hosts its biennial International Agatha Christie Festival, Poirot and Miss Marple fans will descend for a week of films, talks, writing workshops and performances based loosely on Dame Christie’s life and influence.

But while many of Torquay’s cultural reference points are recent, the area’s human history dates back tens of thousands of years to Paleolithic times. And Devon, where Jewish communities have been active for centuries, also offers the opportunity to visit two of the U.K.’s most historic shuls.

Torquay sits roughly equidistant from Exeter Synagogue to the north and Plymouth Synagogue to the southwest, in the city famous for the launching the Mayflower (you can see the steps where the pilgrims set sail). Interestingly, both temples date to the early 1760s — making them roughly the same vintage as Newport’s Touro Synagogue — and both have a Dutch connection.

Exeter’s modest structure was built for Sephardim from Holland and restored numerous times over the centuries, most recently for its 250th anniversary in 2013. Today the congregation represents a small but active community from across the Southwest, accommodating a variety of Jewish practices.

Plymouth Synagogue, meanwhile, boasts of being “the oldest Ashkenazi synagogue in the English-speaking world still in use: its austere white temple appears rather out-of-place amid Georgian-style stone towers and modern glass office buildings. This makes sense when you realize that synagogues of its day were built in modest fashion, with entrances through the back, and that most of downtown Plymouth was destroyed and rebuilt after World War II bombings. Luckily, the temple survived, and its gold-accented interior is an elegant surprise: adorned with graceful columns, the sanctuary features an ark of Dutch provenance.

Besides historic synagogues, the area around Torquay is full of the kinds of grand old estates England does especially well. One to explore is Cockington Court, in a village of thatched stone cottages and proper English rose gardens.

Amid the formal lawns and ponds, grownups can tour craft studios, watch glass blowing and take tea in the pretty café. For children, there’s storytelling and play hide-and-seek amid the hedges and sculptures of the “art” garden.

Nearby, Torre Abbey is a far grander estate with a thousand-year history. The stately, Downton Abbey-style house museum is a mix of ancient stone archways, turreted towers and renovated interior galleries filled with everything from classical busts to modern sculpture and period furnishings. The Abbey is especially popular for its lavish gardens; you can enjoy scones with a sea view in the tea room.

If one villa starts to seem like another, a refreshing change of pace is on offer at Kents Caverns, a prehistoric network of caves with artifacts from Neanderthals, woolly mammoths and the Ice Age.