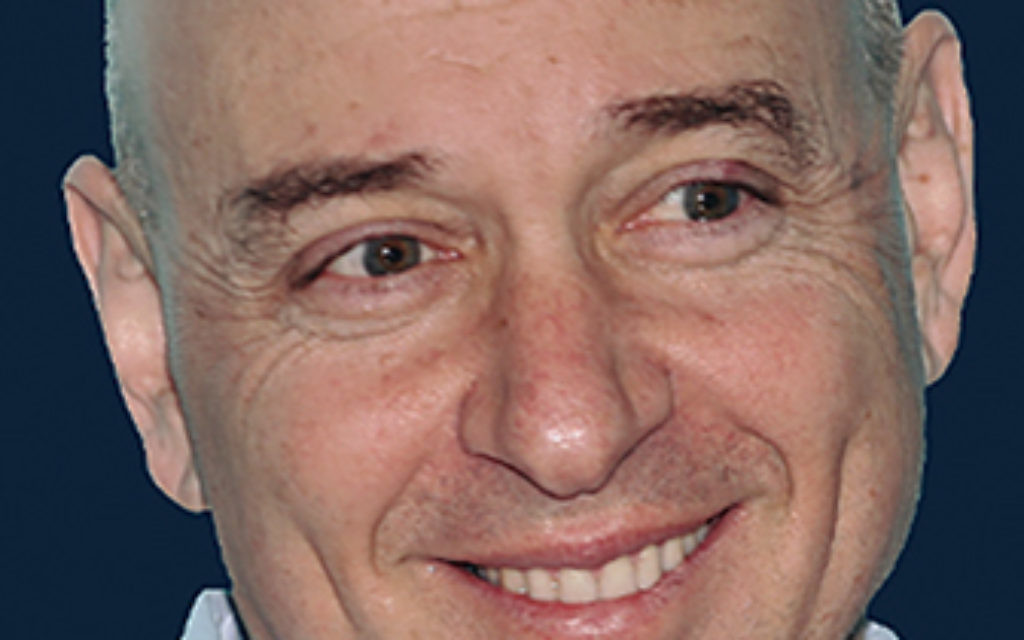 Orni Petruschka, a high-tech entrepreneur and Israeli chairman of the Abraham Fund Initiatives, which promotes coexistence among Israel’s Jewish and Arab citizens, is one of three founders of Blue White Future. It is a nonpartisan political movement designed to create a Palestinian state alongside Israel. His two cofounders are Ami Ayalon, a former director of the Israel Security Agency, and Gilead Sher, a former Israeli peace negotiator. The Jewish Week caught up with him recently. This is an edited transcript.

Q: Blue White Future believes that only through a two-state solution will it be possible to ensure Israel as a democratic state with a significant Jewish majority. But Israel is now faced with another outbreak of Palestinian violence that has convinced many Israelis that the current Palestinian leadership is not prepared to be a partner for peace.

A: In the long-term there has to be a two-state solution in order for Israel to continue to be Jewish and democratic; a majority of people in Israel understand that. But for the short-term, we propose a paradigm in which there are no bilateral negotiations.

As I understand it, you are in favor of the U.S., the international community, the Palestinians and Israel each taking independent steps that eventually will lead to a peace agreement.

The end game is the ’67 borders and land swaps, along with a demilitarized Palestinian state. That is the summit of the mountain. We are proposing constructive, unilateral steps that would take us up the hill.

Can you tell me more about the process you envision?

We need to define it. But we start to get there by having the U.S. publish the parameters that came out of the [John] Kerry negotiations [between Israel and the Palestinians] that were never published. Then we will all know we are climbing towards the same goal. The international community would have to buy into it. I’m sure the parties would have some reservations, but since the [Bill] Clinton parameters were published, there has been more or less an understanding of what the borders would look like. The guiding principle is the ’67 lines with land swaps so that Israel will keep under its own sovereignty the vast majority of settlers who live beyond the Green Line and who now number about a half-million people.

How much of the West Bank would the Palestinians get?

The Palestinians will have a state on 90 percent of the land — and this will go a long way in restoring the credibility of Israel. Israel says it supports two states, but its actions on the ground suggest otherwise.

What will the Palestinians be asked to do in return?

They need to do such things as stop incitement and change their textbooks. They can ask for [full] recognition in the United Nations, but they cannot go to the International Criminal Court [to lodge war crimes complaints against Israel] because that would not promote the reality of two states.

What will Israel be asked to do?

It will have to enact a voluntary resettlement law. A 2013 survey of settlers found that nearly 30 percent said they would voluntarily relocate. The other 70 percent would stay there and the IDF would stay to protect them so that there would be no security vacuum into which extreme forces could move, similar to what happened when Israeli forces withdrew from Gaza and Lebanon.

How long is this process expected to take?

We don’t have a timeframe. … When talks do take place, they could be bilateral or multilateral with the Arab world, Europeans and Russians so as to dilute the animosity that exists between Israelis and Palestinians. … In the end, the remaining 70,000 settlers would be subject to the agreement, and I think most will want to come back. If 20,000 want to stay, their request should be respected. There are 1.5 million Arabs in Israel, so that should not be a deal breaker.