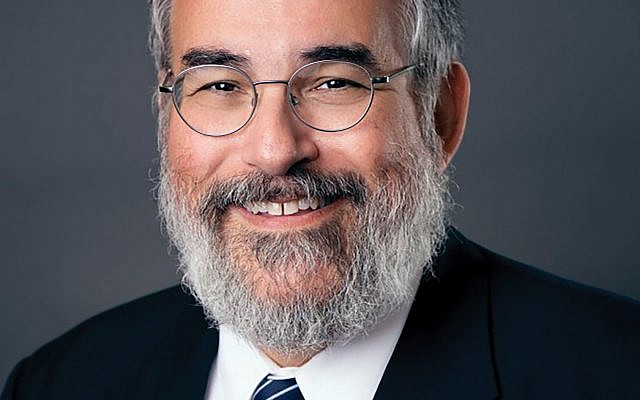 Who are you? It’s not just a question made famous by an angst-ridden 30-something rock star named Pete Townsend in 1978. From identity politics, which are becoming increasingly ugly around the world, to a Jewish community almost as anxious as Townsend about the question of our own cultural and religious identities, it may be the question of our time. It’s also the central question lying at the heart of the Pesach seder.

“In each and every generation, one should see themselves as if they personally have left Egypt.” That rabbinic teaching, found in the Mishna [Pesachim 10:5], animates pretty much every word, ritual and song at the seder. Sometimes those practices are designed to help us achieve that desired state of consciousness, and sometimes to help our kids or others new to the experience reach that same awareness.

Some “tellings” (Haggadot) work from the past and move forward to our own day and age. Others start with contemporary experiences, seeking to engage the past story by linking our lives to the lives of those who went before us. In all cases, though, the goal is pretty much the same: “They” (ancient Israelites leaving Egypt) are “us,” and we are them. It’s perhaps the most powerful, and certainly most popular, identity tradition we have, and it works.

Contemporary American Jews have absorbed key components of the message. We have, for instance, identified fighting anti-Semitism and other forms of ethnic oppression as well as intellectual curiosity and asking questions as the top two traits that proudly mark our Jewishness. One need not look hard at most any seder to see those values in practice; you see them used to identify past hurts, celebrate our release from them and point us in the direction of ever-greater freedom and abundance. Just start with the eating of matzah (the bread of affliction), the drinking of wine (cups of liberation) and the Four Questions — however you define them and whoever asks them; they are so central that even a person sitting alone must ask them of herself.

So, at a moment when personal identities are so fluid and religious/ political/cultural identities are increasingly hardening, we could all use the opportunity to ask who we are, and to continue the traditional mandate to imagine bigger and wider than we usually do.

How might widening our imagination on Passover help us to address the thorny topic of identity? Especially at a time when, in America, victimhood is often celebrated as a path to victory, and in Israel, which needs to come together after a bruising election filled with fear-mongering. Is it really helping us to be our best as people, or our best as a people, to limit our most powerful act of imagining to one character type — the liberated slave — in one of history’s greatest dramas?

The Passover story has many characters, after all — good and bad guys, starring roles and bit parts — each crucial to the story, just as each of us plays many different roles in our own lives and in the lives of others.   What if seeing ourselves as liberated slaves — identifying with both the real pain and joyful possibility that accompany that experience — were just the beginning of the sacred imagining we ask of ourselves and each other at the seder? After all, if you can see yourself as a slave leaving Egypt, who else in the story can you identify with, and what value might be found in so doing? Who else are you in the Passover story?

When and for whom are you a Moses, serving publicly for a cause in which you deeply believe? And when, like Moses did on more than one occasion, do you lash out in frustration or rage, even at those you lead?

When and how do you play the roles of Miriam and Aaron, who guide from the wings, not center stage, but without whom the story cannot unfold wisely and well? What is the well you bring with you in that role, as Miriam brought the well that quenched the thirst of those traveling in the desert? How do you balance serving institutional and individual needs, as Aaron did in negotiating his role for the Tabernacle and those seeking alternative connections to God?

And finally: When and how do you “pharaoh” — yes, it can be a verb — hardening your heart to those whose very presence fills you with righteous indignation, just as you are certain that God/the gods, truth, justice and history are on your side?

Whether you look first to the Mishna, to Pete Townsend or to the thousands of years of Jewish tradition in between, this Passover, ask “who are you?” Now more than ever, there may be a fluid set of answers to that question.

Rabbi Brad Hirschfield is president of Clal, the National Jewish Center for Learning and Leadership.