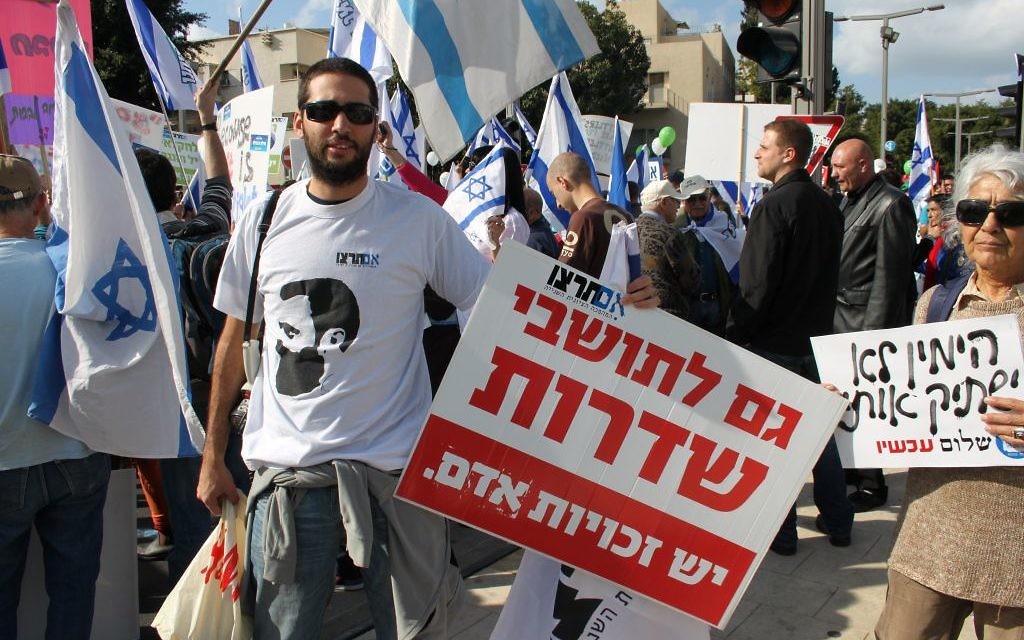 The video, titled “Foreign Agents revealed,” singled out four activists: Yishai Menuhin, director general of the Public Committee Against Torture in Israel; Avner Gvaryahu, from Breaking the Silence; Sigi Ben Ari, of the Center for the Defense of the Individual, or Hamoked; and Hagai El-Ad, director general of the B’Tselem human rights organization.

The video was posted Tuesday on the Facebook page of Im Tirtzu’s founder, Ronen Shoval.

“Hagai, Yishai, Avner and Sigi – are Israelis like us. And they are moles. They are members of the New Israel Fund organizations. And they act against the State of Israel and IDF soldiers,” the video states.

The video was released hours after Likud Knesset member Yoav Kisch said he would introduce a bill to label organizations that receive the bulk of their funding from foreign countries as foreign agents, preventing them from meeting with government officials or military officials. Im Tirtzu has criticized left-wing NGOs for receiving much of their funding from foreign governments through the New Israel Fund.

In a letter to Attorney General Yehuda Weinstein, HaMoked called on the Justice Ministry to open an investigation into Im Tirtzu for incitement to murder.

Im Tirtzu has long targeted harsh criticism at liberal Israeli activists, and the New Israel Fund in particular. In 2010, it claimed NIF was responsible for the Goldstone Report, which criticized Israel’s conduct of the 2008-09 Gaza War. An advertisement the organization took out in Israeli newspapers depicted NIF President Naomi Chazan with a horn.

In a statement, the liberal American lobby group J Street called on American Jews to tell Im Tirtzu that it has “crossed every conceivable line of decency and acceptance in the Jewish community.”

“Whether we personally agree with the work of Breaking the Silence or the other NGOs targeted or not, we hope there can be near unanimous consensus across the political spectrum that this behavior is outside the bounds of our community’s values and standards,” J Street said. “We call on all Jewish funders, individual and communal, to cease immediately their support for this organization which depends heavily on American funding to pursue its work undercutting Israeli democracy and undermining Jewish values.”

Also on Tuesday, Israeli Education Minister Naftali Bennett, head of the right-wing Jewish Home Party, announced that he has banned Breaking the Silence from participating in programs in public schools. Breaking the Silence brings former soldiers to talk about the Israeli military’s abuse of Palestinians.

“Whoever harms IDF soldiers has no place in the Israeli education system,” Bennett said on his Facebook page.

“The operations of Breaking the Silence caused the slander of Israel in the world, as they made it their target to harm their brothers, who protect us,” Bennett said, according to the Jerusalem Post. “Lies and propaganda against the IDF – not in our schools.”