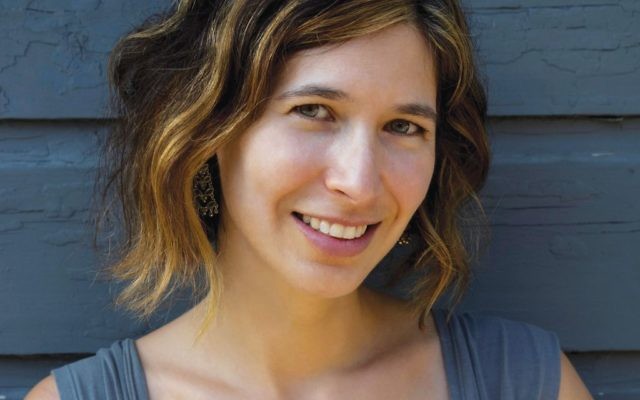 One of only a few Jews in her hometown of Johnstown, Pa., Idra Novey says she developed an “awareness that there were a few of us who weren’t part of the majority.” Donata Zanotti

A Brazilian writer with a cigar in her mouth and a suitcase in hand nonchalantly climbs up an almond tree in a park near Copacabana Beach in Rio and reads a book. Soon after, she’s missing.

Poet and translator Idra Novey captivates the reader in the first lines of her debut novel, “Ways to Disappear” (Back Bay Books). This highly original literary mystery and love story involves a well-known writer named Beatriz Yagoda, her family and her admiring American translator, Emma, who knows every wrinkle in every one of Yagoda’s stories. All of these characters and others too are Jewish, and even if they don’t pay much attention to that identity; it’s how they are seen by Brazilians.

With suspense, humor and prose that is spare, polished and vibrant, Novey captures the lushness and rhythms of Brazil. The book is, in fact, as she tells The Jewish Week in an interview, “a love letter to Brazil.”

Earlier this month, Novey was named winner of the 2017 Sami Rohr Prize for Jewish Literature for “Ways to Disappear,” with its award of $100,000.

Also recognized for this year’s debut fiction prize are Daniel Torday, author of “The Last Flight of Poxl West,” who won the Choice Award, Paul Goldberg, author of “The Yid,” Adam Ehrlich Sachs, author of “Inherited Disorders,” and Rebecca Schiff, author of “The Bed Moved,” who were finalists.

Novey describes herself as an Appalachian Jew. She grew up in Johnstown, Pa., in the Rust Belt. Her father, originally from New York, is a pediatrician and was active in their local shul. Her mother is third-generation Appalachian. Novey’s great-grandfather, an immigrant from Poland, started a scrap metal business by driving a horse-drawn wagon through the streets. The company he began, now called Novey Recycling and still in the family, is 100 years old. (The author, named for her maternal great-grandmother Ida, adopted her surname.) 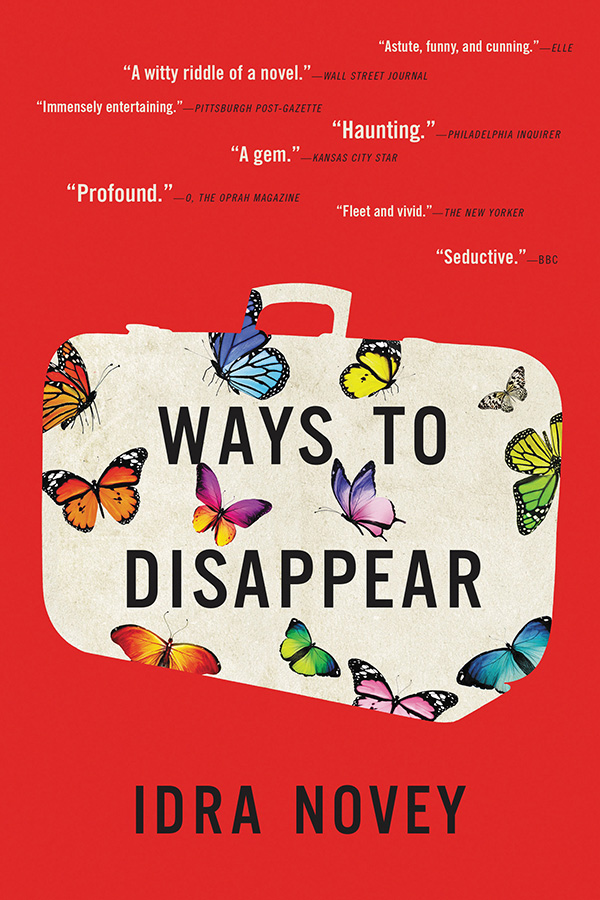 About her hometown, Novey says, “It was terrible. I just had to get out of there. That was my goal.

“In my high school, there was one Mexican kid, a few other Jewish kids and me. We all looked out for each other, and that stayed with me – the awareness that there were a few of us who weren’t part of the majority and we had a responsibility for each other.”

At age 16, she wrote a full-length play, and it was produced in school. “I loved writing it. That nobody came to see it didn’t matter.  It was a pivotal moment.

“Being an Appalachian Jew felt so different from everything around me,” she says.

She did get out, and attended Barnard College. In a class there, she studied the Brazilian Jewish writer Clarice Lispector, whose work she has since translated. That was “the one class that shaped everything that happened after.”

While at Barnard, she worked as an assistant to the writer and photographer Ruth Gruber. Through her, she met the writer Gerald Jonas, who has remained a close friend and literary mentor. Later, Novey moved to Chile and then to Brazil.

“When I started writing poems in Spanish in Chile,” she says, “I disappeared in translation. I found my own voice by imbibing the voices of writers I admire.”

In the novel, she describes the translator as in-between, suspended, “floating between two countries, in the vapor between languages”

She writes, in Emma’s voice, “And wasn’t the splendor of translation this very thing — to discover sentences this beautiful and then have the chance to make someone else hear their beauty who had yet to hear it?”

The novel is written in many short, visual chapters and each section is, in Novey’s words, “chiseled to its essential elements.”

“For every sentence, I probably deleted 6. I’m a compulsive reviser. I wanted every sentence to be immaculate,” she says. “There were so many things I wanted to do. In every draft, I layered in some other question. It’s a kaleidoscopic book of many moving parts”.

Sometimes the narrative is interrupted by a page with a definition of a word she has used, with humorous references; emails from Emma’s boyfriend in Pittsburgh; or radio reports. Novey describes these brief pieces as like a “Greek chorus of the novel, deepening the themes.

“I loved writing the radio reports,” she says. “They’re in sync with the way we are distracted while reading, the way you are when you’re on your phone, the dissonance of doing several things at once. It felt true to my life when I was writing it.”

“One day, I had to be in three places at once. I didn’t want to go to any of them. What I wanted to do was disappear into a tree with a book,” she says. “That image stayed with me. When an image stays with you, you keep asking why. That led to the opening pages of the book.

“When I started, I identified with the translator and the daughter of the writer. Over the course of five years, I had two children and started to identify more with the writer and mother who disappears,” she says. “One of the themes is about how everyone disappears and is misunderstood, how they feel confined by some definition that restricts who they are. It’s true for all the characters — everyone is resisting the confines of some definition.”

Novey has taught English in a New York City women’s prison through Bard College. She sees herself as a writer/activist in the tradition of Grace Paley and Muriel Rukeyser. “As a writer, it’s imperative to be present for the civil rights issues of our time.”

She now lives in Brooklyn with her husband and two young sons. Her husband is from Chile, and his Sephardic family is originally from Macedonia. At home, they speak Spanish. The family is involved with social justice efforts organized through a Brooklyn synagogue.

The day after learning that she received the Rohr Prize, she was still amazed. “I’m still kind of speechless,” she says. “It’s encouraging that they chose a book with a broad sensibility, that highlighted the history of translation and Brazilian Jewish life in a way that isn’t represented in the English language.

“I once read in a festival with a Brazilian poet who told me that I didn’t sound like the other American writers in the festival. I was always up to something that not everyone else was doing.”

About being identified as a Jewish writer, she says, “I felt conspicuous as a Jewish person growing up in such an anti-Semitic, racist town. I am an outsider and write from an outsider perspective. But my life is defined by so many things.

“When people talk about Jewish-American literature, they leave out how many translators are Jewish, how many Jewish writers have given their time to translating. It’s worth celebrating — not just Jewish voices, but to have a more open and compassionate conversation in American literature.

“There are so many voices that need to be heard. We need to bring underrepresented voices into the conversation, as so many Jewish translators have done,” she says.

“The global literary conversation is vital; the one I want to be part of.”

Does the book have a message? “I hope that readers leave the book loving it for a reason other than the one that led them to pick it up. That’s when a book succeeds,” she says.