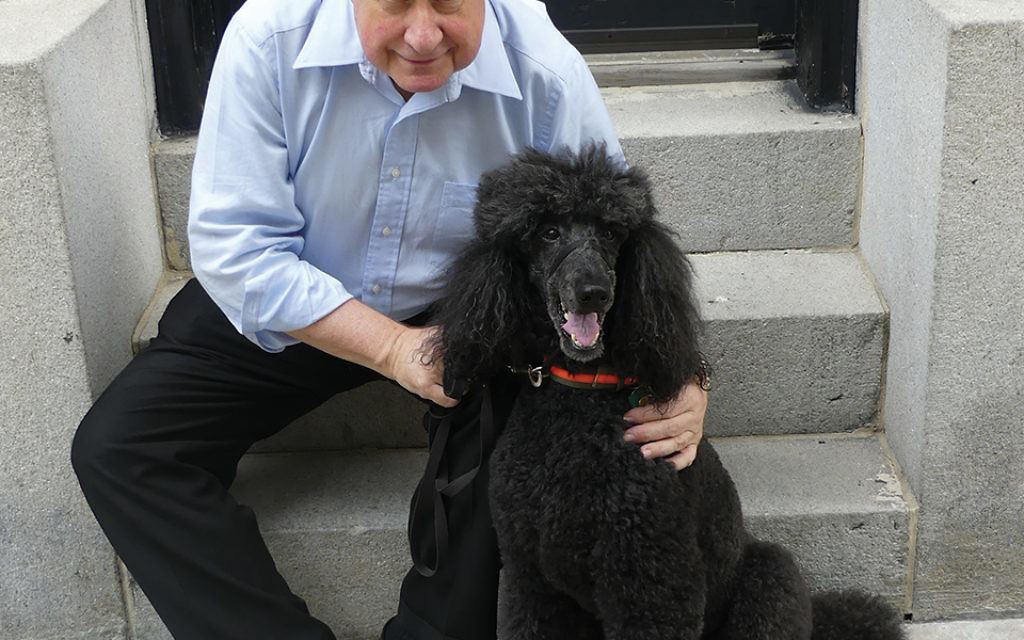 Here are stories that inspire: A businesswoman turned funeral director, a teacher who mentors other teachers, a rabbi who left congregational life and now focuses on social justice work, and a financial executive who visits hospital patients with his standard poodle named Piper, trained as a therapy dog.

These are encore careers, or bonus careers, begun in the second half of life. Whether as paid workers or volunteers, an increasing number of people are choosing to keep working, reinventing or shifting their roles, and, in the process, finding new meaning and satisfaction.

In “Wise Aging: Living with Joy, Resilience, & Spirit” (Behrman House), Rabbi Rachel Cowan and Dr. Linda Thal frame the conversation, “Ours is the first generation in human history to move into elderhood with twenty years or more of vitality and good health ahead. …. What does retirement mean now when many of us may still be working — by choice or by necessity? What does retirement mean now that there are so many opportunities for learning, for caring, for serving?”

Patricia Quigley still owns a real estate appraisal business, but now spends her time as a funeral director at West Laurel Hill Funeral Home in Philadelphia. She works with families and behind-the-scenes, to ensure that those who pass away are treated with dignity and in accordance with the family’s tradition.

“I do a lot of little things, none of which is rocket science, but culminates in making a hopefully memorable event for the family of the deceased,” she says. At West Laurel Hill, each member of the team is trained to do everything, so Quigley might be called in the middle of the night to transfer the body of the deceased, and then later on go through details of the ceremony with family members.

She is attracted to the intensity of the work. Part of her inspiration for choosing this field was her involvement with her synagogue’s Hevra Kadisha, or Holy Society, the group involved in Jewish burial.

Because the funeral home is on the grounds of a non-denominational cemetery, she does Jewish as well as Catholic, Baptist, Bahai, Muslim and all faith funerals. She has done a lot of teaching to her colleagues about Jewish rituals, and also educates family members who may not know about tahara, the ritual washing of the body. She realizes that her name doesn’t sound particularly Jewish, so she lets Jewish clients know early on that she’s Jewish and familiar with Jewish traditions.

Quigley made her career switch when she was 55, and had to attend mortuary school, do an internship and take national boards for certification. Now 59, she has two children, and doesn’t think she’ll be ready for retirement anytime soon.

“You have to have passion, which I did,” Quigley says. “I was bored with the same old thing. I’ve always been a person who wanted to try new things. After college I wanted the experience of driving a cab, so I did that,” she says.

She finds this work life affirming. “I go to so many funerals,” she says. “It makes you think about your own life and how you are living it, how you want people to remember you, how you want to act in the world.”

As a congregational rabbi, Lee Paskind served several Conservative synagogues over his career, most recently in Lakewood, N.J., and Peekskill, N.Y. He retired last summer, at 65.

“I’m doing the same related work from the other side. This is something I’ve been passionate about all my life.” Among the issues are human trafficking and modern slavery, climate change and the environment, food justice, and refugees. He supports rabbis who want to teach about these topics and get involved in advocacy.

“It’s very satisfying to be able to partner with groups who do this kind of social justice work. They derive tremendous support from religious organizations and feel recognized, acknowledged and helped — a lot of them are otherwise functioning in a secular context.”

Judy Geller-Marlowe enjoyed her career as a teacher, working full-time in New York City schools for 31 years, teaching English-as-a-Second Language. Over the years, she mentored many student teachers in her classroom. When she retired in 2004, she began teaching methodology and supervising students at NYU and then took a break in 2014. But last summer, she was missing the engagement and university affiliation.

“I think my brain needs to be engaged professionally. I still had more to give. Why should I stop?”

So when the person in charge of student teachers at NYU called to see if she wanted a summer assignment, she didn’t hesitate, and she is now supervising three teachers in the same Manhattan school. She enjoys mentoring and likes being around young people.

“The work helps me think young and stay younger,” Geller-Marlowe, who is turning 67, says. “Professional engagement helps you feel vital. You feel better about yourself when you are giving.”

Leslie Nelson now works in partnership with his 8-year-old standard poodle, Piper. After a career that began as an officer in the U.S. Navy, Nelson spent 30 years at Goldman Sachs and retired from his position as a managing director two years ago at 61. He became a volunteer in Mount Sinai Hospital’s Ambassador Program, manning a desk in the lobby of the outpatient cancer treatment center, to answer questions and help reduce stress for patients and their families. Just before he began the program, his mother had passed away, and he recalls that when he would bring Piper to visit his mother, the two connected powerfully. He then had the idea that he and Piper could work together as a team, so they joined a training program for certification.

“I had to be trained. Piper knew everything she needed to know,” he says.

The pair then began volunteering in the same area of Mount Sinai where Nelson was working. With Piper on a leash, they would stop by people undergoing chemotherapy and offer to visit. When CBS News did a report on the healing power of therapy dogs, the reporter focused on a cancer patient Nelson and Piper visited regularly. She said, “Piper is the best medicine.”

They also visit with staff members and highly stressed medical students. When Nelson heard that Morgan Stanley Children’s Hospital at New York-Presbyterian also had a therapy dog program, they began volunteering weekly there as well.

Piper nuzzles with all who let her do so, and also makes eye contact. As for Nelson’s role, he initiates the conversations. He draws on the interpersonal skills and the ability to interact with people in a positive way that he developed in his years of working for large organizations. “We both try to deliver emotional support,” he says.

“What I enjoyed most in my work in large organizations was the people component. This has allowed me to take that into another realm,” he says.

“It’s a very uplifting experience. I feel like we are able to improve the quality of life for patients going through tough therapies.”

While I couldn’t interview Piper, Nelson assured me, “Piper doesn’t speak in words, but she speaks with her eyes and her neshama [soul].”

For ideas and resources about so-called encore careers, visit the website of Encore, an organization that promotes second acts for the greater good (encore.org).