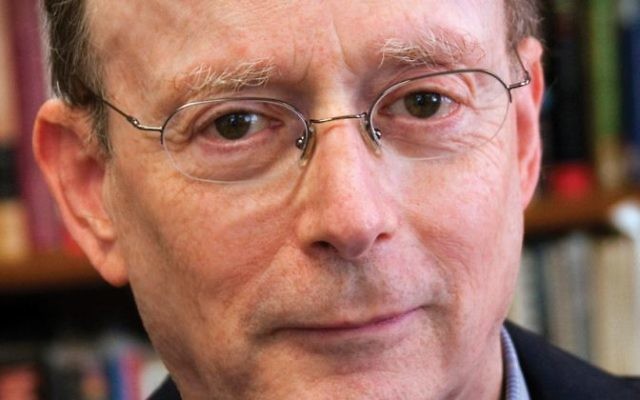 That’s when the fireworks started.

Most of the 25 breakout-session participants sitting around the table, Israelis and Americans, were board members of the Jerusalem-based global think tank, chaired by Stuart Eizenstat, former U.S. ambassador to the European Union. The people in the room included Mideast policy analysts and former policy makers, academics, Jewish communal and religious leaders and a few invited guests (myself among them).

One participant described the intense discussion up to that point as “dark.” Indeed, the talk had focused on serious concerns over the widening gulf between American Jews and Israel in recent months, which, the Americans in the room agreed, had reached crisis proportions.

They cited Israeli Prime Minister Netanyahu’s decision to speak out in Washington against the administration’s position in the nuclear talks with Iran as striking an unprecedented blow at congressional bipartisanship on Israel, and perceived by the White House as disrespectful.

“The anger is very real and it won’t go away unless we work at it,” asserted a communal leader who was part of a delegation that met with President Obama recently, and others agreed.

(In keeping with the JPPI ground rules on press coverage at the conference, participants are not quoted by name here.)

The all-but-broken Obama-Netanyahu relationship has led American Jews, and especially Democrats in Congress, to feel squeezed, caught between their loyalties to their country and the Jewish homeland.

In addition, the formation of a right-of-center and religiously conservative coalition in Israel that is in no hurry to go back to the peace table and seems poised to reverse gains made on the religious equality front has added to the perception that common ground between Israeli and American Jews is becoming more difficult to find.

There was talk around the table of U.S. rabbis avoiding Israel in their sermons because the topic is too controversial; federation leaders citing donors who refuse to give to the annual campaign now because of Israel’s policies; and the challenge of countering campus descriptions of Israel as an occupying force.

In response, the Israeli moderator said he felt Israel’s faults were being exaggerated, that what he was hearing did not add up to a crisis, and that Israelis have far more pressing problems than women’s rights to pray at the Western Wall.

Talking Past Each Other

At that point, one of the Americans cried out, “Do you understand what you’re saying?” setting off a heated, 25-minute debate that underscored the level of the disconnect between the Americans and Israelis, all of whom have spent significant time in each other’s countries.

The Americans argued that their message had not been heard, and indicated that their struggle to defend Israel at a time when Jerusalem’s democratic values seem to be weakening — this was the day before the controversy over separate buses for Palestinians — was putting a strain on them personally as well as professionally. Especially galling, they said, was that there seemed to be no empathy for their views in the room.

One participant cited a Conservative rabbi’s recent blog post that said, “I love Israel, but does Israel love me?”

The Israelis in the room countered that they understood the Americans’ frustrations but that their concerns paled in comparison to security worries in an increasingly dangerous Mideast. And taking the offensive, they suggested that rather than harp on Israel’s political system, American Jewry should look to its own problems, like growing assimilation.

A liberal American rabbi in the group, acknowledging the critique, replied, “intermarriage is no blessing.” He noted that increasing assimilation within American Jewry adds to the distancing of Israel.

(An academic added that half of U.S. millennials who self-identify as Jews have a non-Jewish parent, and tend to feel less obligated to support Israeli policies they consider illiberal.)

One person observed that the price for American Jews caring deeply about Israel is that they want to be taken seriously when they have differences with Israeli policies. And it seemed apparent from the discussion that the more deeply attached liberal Jews are to Israel, the more pained they are by Jerusalem policies that offend them.

“We are realistic enough to know that our views aren’t going to be translated into policy change in Jerusalem,” one of the Americans said. “But we want to hear some support from the government. We want to know what our realistic expectations should be.”

The answer, unspoken, is not to expect significant change anytime soon.

In all, it was a revealing, painfully honest exchange that left both Americans and Israelis feeling surprised at how little the other side understood them.

A Chance To Be Heard

A key mission of JPPI, founded in 2002, is to bridge those Israel-diaspora gaps. Its officials take pride in the independence and prestigious names associated with the work of the institute, whose mandate is to provide “strategic thinking and proactive policy planning on issues shaping the Jewish future,” according to its literature. Recent JPPI position papers have dealt with a plan for mass aliyah from France, promoting Jewish solidarity in an age of polarization, and whether Israel can be both a Jewish and democratic state.

Avinoam Bar-Yosef, a low-key but influential former journalist, is president and founding director of the group whose board chairs are Ambassadors Eizenstat and Dennis Ross, a veteran Mideast peace coordinator, and Leonid Nevzlin, a businessman and philanthropist who made aliyah from Russia.

Secretary of State Henry Kissinger and Google CEO Eric Schmidt attended a lunch meeting on Tuesday, lending star power to the proceedings, which were attended by about 50 people. Among those presenting at the conference, in addition to Eizenstat and Ross, were Ambassador Martin Indyk, who led the most recent Mideast peace talks as U.S. special envoy; Jewish Agency chair Natan Sharansky; Israel’s Ambassador to the U.N. Ron Prosor; former Labor Knesset member Anat Wilf; Conference of Presidents head Malcolm Hoenlein; and Mideast expert David Makovsky.

A session on Monday night on the Iran nuclear deal focused on whether Prime Minister Netanyahu will accept President Obama’s apparent offer to engage in serious discussions that would include assurances and compensation for Israel, presumably financial and military, in return for accepting the deal now on the table.

Proponents asserted that Obama is determined to finalize the Iran deal and the window of opportunity for Israel may only be open for a short time. “Once the deal is done, the offers will be off the table,” one analyst said.

Others who know Netanyahu well believe he will not stop his efforts to thwart the deal because he believes sincerely that it will be ruinous for Israel and the region. They reason that he will “double down” on his bet, having already lost the first round, and focus on a post-Obama White House and a more sympathetic ear in the Oval Office in 2017.

Other discussions focused on the dangerous rise of anti-Semitism in Europe and the BDS movement on American campuses; suggestions to prevent a U.N. Security Council resolution that would seek to impose a settlement on Israel and the Palestinians; and the need for outreach to minorities in the U.S., particularly Hispanics and blacks, to promote their understanding of Israel in all its complexity.

In June, key JPPI officials will have their annual meeting with the Israeli cabinet and be given an opportunity to present recommendations.

Based on the conference discussions, those proposals will include calls for finding a humane solution for the 30,000 African workers in Israel threatened with expulsion, and support for more exchange programs that would bring Israeli journalists and policy makers to America so they better appreciate how Judaism is practiced here. On the issues of the Iran talks, the deep strain between the White House and Jerusalem, the dormant peace talks with the Palestinians, and concern that gains in religious equality made in the last several years will be overturned, the message to Israeli lawmakers was the same: Do something.

“We need to speak truth to power,” one American urged, “and to sound the alarm bell on U.S.-Israel relations.”

Another participant, who will be part of the JPPI delegation in the Jerusalem talks, said, “I have no illusions regarding this Knesset, but it’s our responsibility to give them the message.”

How long Jerusalem can ignore or counter diaspora pleas on key issues and still maintain current levels of support remains to be seen.