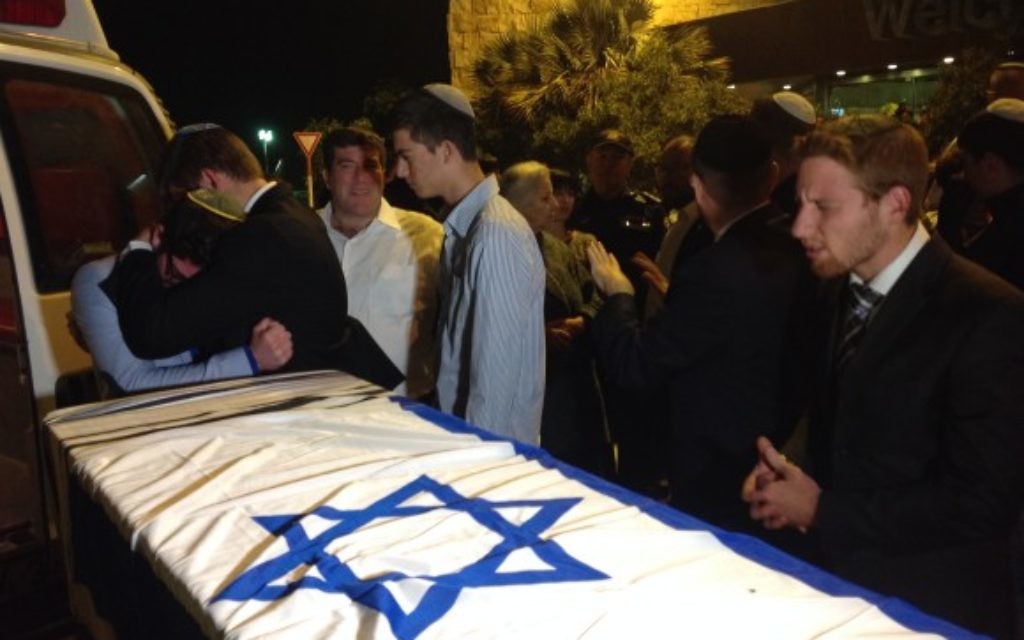 Friends, classmates and fellow yeshiva students sang Jewish songs arm-in-arm in a large circle Saturday night, in a room near the ambulance that held Schwartz’s coffin, before it left for its final journey home to Massachusetts. At the circle’s center were an Israeli flag, a New England Patriots football Jersey and Schweppes Apple soda, Schwartz’s favorite drink.

Schwartz, a student at Yeshivat Ashreinu in the central Israeli city of Beit Shemesh, was killed in a shooting Thursday in the West Bank Etzion settlement bloc. He had come to help beautify a nature reserve dedicated to the three Jewish teens kidnapped and killed by terrorists last year in the same area.

Family and friends recalled Schwartz, a native of Sharon, Massachusetts, as a funny and caring young man with a magnetic personality and a love for sports.

“He was someone who touched people,” said Schwartz’s uncle, Yoav Schwartz, a resident of Israel. “Wherever he went, people were attracted to him by his sweet demeanor.”

“Ezra came here to do kindness, Ezra came here to learn,” Yudin said in a tearful eulogy. “That’s what we have to do in Ezra’s memory. We have to make so much more kindness for the world here in the Land of Israel.”

Following the ceremony, Schwartz’s classmates and friends gathered around his coffin, passing by it one by one before it was loaded onto an ambulance, to be flown to the United States.