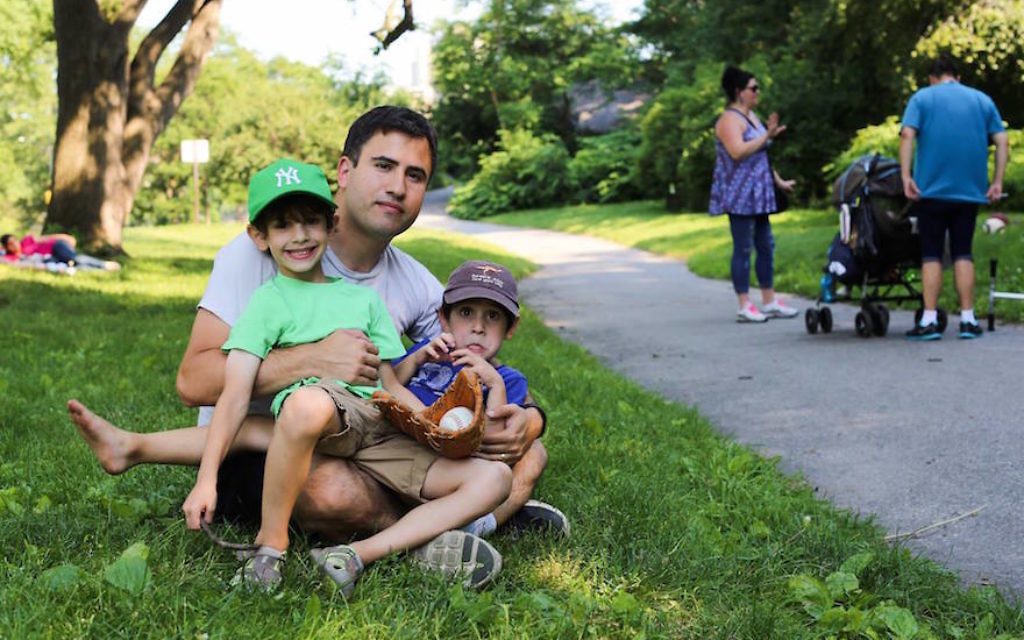 Steven I. Weiss has been praised for his work as a reporter and now as the director of original programming and new media at The Jewish Channel, a national cable outlet focused on Jewish news and culture.

But it’s safe to say he has never had this many likes on Facebook.

Weiss and his two young boys appeared on Father’s Day this past Sunday in a post on the wildly popularHumans of New York Facebook page — which provides glimpses into the interesting lives of everyday New Yorkers. Its posts routinely garner hundreds of thousands of likes.

In the post, one of Weiss’ sons explains the system his dad has created to teach him about the importance of charity and managing money. He gets one dollar of allowance from his parents each week, and he has to choose a “section” to put it under: spend, save, donate or invest. If he chooses to “invest” the allowance, his parents give him two extra pennies for each dollar at the end of the month (mimicking a small-scale return on investment). But he tends to put his money in the “donate” section.

“I have way over $10 in my ‘invest section.’ I used to have more but I took some money out and put it in my ‘donate section.’ We used to it to buy food for people who don’t have much money in their ‘spend section,’” Weiss’ unnamed son says in the post.

By Tuesday afternoon the post had received almost 800,000 likes. “Way to teach his kids both how to be economic and compassionate at the same time,” wrote one of the more than 21,000 people who left comments. “A lot of adults today seem to have missed out on that lesson.”

The post contains an important message that resonates far beyond Father’s Day. Read it in full here.