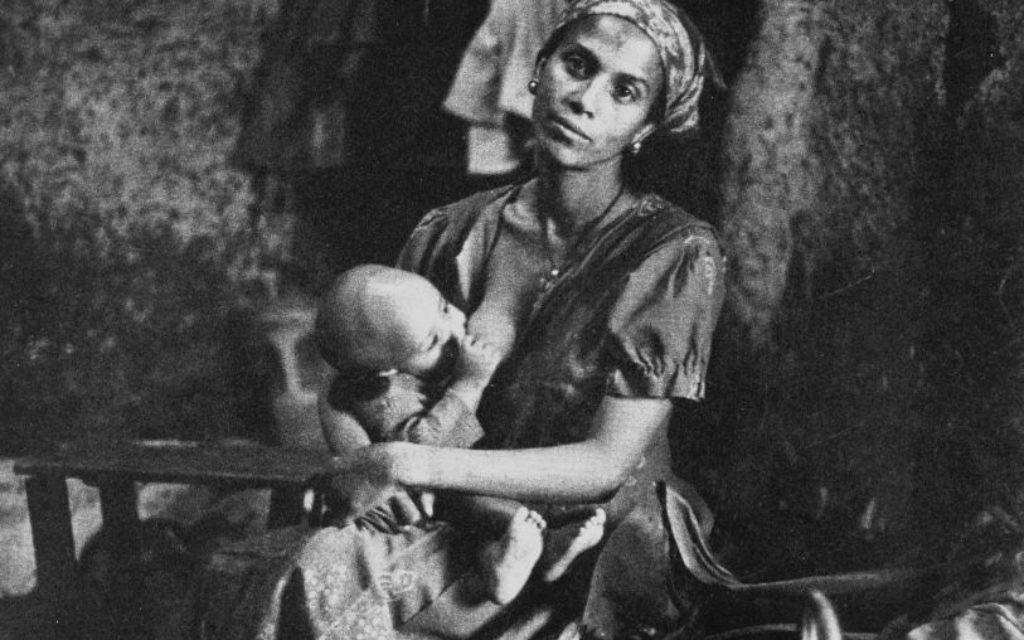 In an event that involved consciousness-raising, fund-raising and fine photography, the Ambassadors Council of the American Jewish Joint Distribution Committee raised $40,000 in an exhibition and auction of photographs taken in Jewish communities around the world.

At “Repairing the World: Frame by Frame,” Joan Roth’s photo of an Ethiopian woman nursing her child received the highest bid — $5000. The photo that received the most bids was by Amir Halevy, featuring a young Jewish girl looking pensively out of a window in Vilnius.

The photos were curated by a group of JDC lay leaders and professional photographers, after an open call for photographs from people who had visited JDC humanitarian projects around the world. Among the professional photographers whose work was exhibited and included in the auction, in addition to Roth, were Nancy Borowick, Yael Eban, Sharon Gamsin and Michael Sax. Also included were works from the JDC Global Archives, including photos taken in Europe in the 1920s. The event was co-chaired by Holli Rafkin-Sex and Felice Shapiro.
Roth, a New York photographer who has traveled around the world documenting Jewish life, in particular the lives of Jewish women, explains that she was first drawn to the plight and traditions of the Ethiopian Jewish community in 1984. Explaining the story behind the photograph, she says that she traveled to Ethiopia with a mission from the North American Conference on Ethiopian Jewry, and at their first stop in the village of Waleka, it seemed as though the entire village was awaiting their arrival. The woman in the photograph, grabbed her hand, and said, “My sister,” and led her to her tukul, or hut, where Roth met her family and took the photo.

For Roth, the “extraordinary beauty of Abeba Abebe, nursing her fifth child evokes the lineage of the biblical Ruth and the Queen of Sheba — the great matriarchs from whom she descends.”

All but 6 of the 34 photos in the exhibition were sold. The event was held last month at the Polish Consulate, who lent their space at no charge to the JDC, which does work in Poland, caring for elderly Jews and helping to rebuild Jewish life.