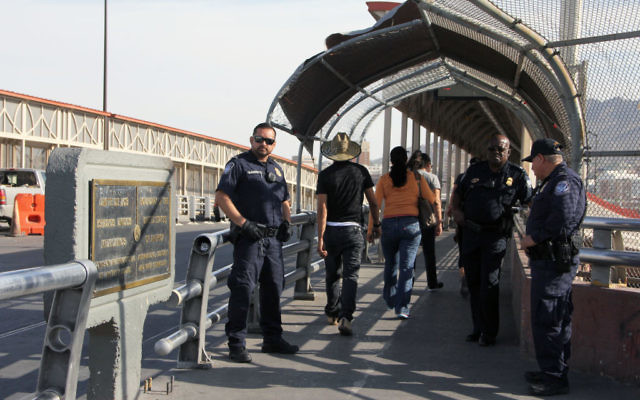 This year during Passover, I will be traveling to Central America with New York State Comptroller Tom DiNapoli and Executive Director of Catholic Charities of the Archdiocese of New York Monsignor Kevin Sullivan. Central America seems like an appropriate place for me to spend Passover; after all, Passover is the story of a migration, when our ancestors felt that conditions had made it impossible for them to remain in the land of Egypt. During our trip, we are going to visit migration camps, and talk to people about the conditions which so many have been fleeing.

As we sit down with our families for our Passover Seders and retell the story of Exodus, we tell a similar story of the migration of our people, who fled the oppression of our homes in ancient Egypt. In so doing, we recognize and understand that conditions can be so horrendous that people see no other choice than to undertake a dangerous and risky migration from their homes.

For the refugees fleeing the Northern Triangle in Central America, horrific oppression leaves many with a choice as clear as that faced by the Hebrews in Egypt so many centuries ago. Families there are oppressed by extreme poverty, gang warfare, and violence. The stories coming out of the Northern Triangle are heartbreaking; A Honduran teenager speaks of being stabbed twice in one day while trying to avoid gang violence. An El Salvadorian girl fled her home country due to gangs trying to force her into sexual slavery, only to be turned back by U.S. border officials who denied her asylum request after a harrowing journey to the border.

No parent wants to take children on a 3,000-mile journey through gang territories where there are real threats of rape, kidnapping and human trafficking. No unaccompanied minor wants to make such a dangerous journey on his or her own. But for these people seeking asylum, they simply see no other choice.

“The country is full,” says President Trump, while a tide of fear-mongering surrounding refugees fleeing to our country dominates cable news and our political environment. But as Jews, we know this is not the moral or correct response. We remember that many Jews fell victim to the same xenophobic, anti-immigrant fervor that we see becoming more prevalent today. It calls to mind the story of the German ocean liner the St. Louis, which carried 900 fleeing Jews from Germany, to Cuba, to the U.S. and Canada, all of which refused to grant the ship entry. The captain turned the ship back to Europe, where many were later rounded up by Nazis and exterminated in their horrific death camps.

The correct response is to welcome these people who have nowhere else to go. Many of the members of my union come from the Northern Triangle; they work here in America in supermarkets, they work in car washes, they work in poultry plants; they are part of the fabric of our communities throughout the U.S., and they are worried every day about themselves and their families.

The correct response is to stand up and speak out on the truth of what is really causing the crisis at the border, and to affirm our values. To be true to our faiths and to our city, we must fight for compassionate treatment of all refugees, and against the type of cynical scapegoating that has also been used against Jews countless times in our history.