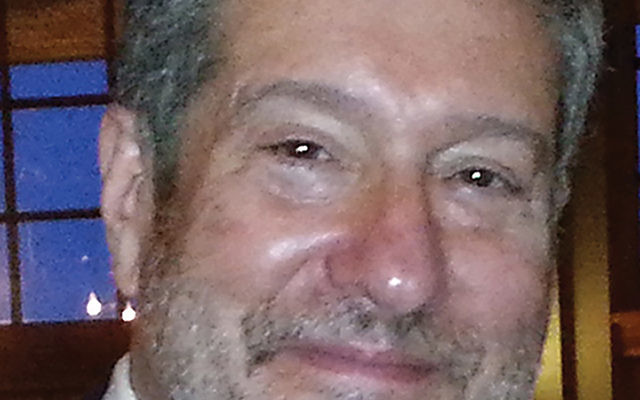 Advancing human rights around the world should be consistently high on the Jewish community’s advocacy agenda. Grounded in our basic religious values and historical experiences as a persecuted people, this effort can and should be undertaken with deep conviction. I long have wanted the Jewish community to be more active and visible in this space.

The issue of human rights came up at a recent consultation I attended dealing with the anti-Israel BDS movement [Boycott, Divestment and Sanctions] on college campuses, one of many such gatherings that have taken place in recent weeks and months. A featured speaker explained that the groups aligned with the BDS movement, such as Students for Justice in Palestine, had successfully co-opted the language of human rights. This is a smart move on their part, he added. Somewhat surprisingly, polling shows that respect for human rights is seen as the most important attribute Americans value in other countries — more than democracy, freedom, striving for equality and serving as our ally.

Therefore, he argued, in order for us to effectively counter campus BDS, we also need to frame our pro-Israel messages in the context of human rights. I thought to myself, why simply be concerned about conveying human rights messages as a vehicle to build support for Israel?  What about demonstrating a genuine commitment to this issue?

I was disheartened last May when the American Jewish World Service (AJWS) was forced to discontinue a part of its political advocacy on behalf of human rights because not enough donors were prepared to sustain this work at previous levels. The AJWS had taken a lead role in 2004 in organizing the Save Darfur Coalition, which emerged in subsequent years as a powerful and in some ways a unique group of religious, civic and human rights organizations. The Jewish Council for Public Affairs quickly joined in strategic partnership with AJWS to educate and mobilize the Jewish community to respond to the first genocide of the 21st century.

Participation in the rallies was disproportionately Jewish, and many young people from our community were well represented. Jewish students were active through the parallel student-run Darfur organization STAND. In his new book “Ally,” former Israeli ambassador to the United States Michael Oren observes, with puzzlement, that there were more signs with the words Save Darfur than Stop Iran’s Nukes on synagogue lawns.

It could be that human rights had acquired a negative connotation within our community because anti-Israel activists used the issue as a weapon to unfairly bludgeon the Jewish state. The UN Human Rights Council long has become a forum for Israel bashing. And a number of the major international human rights organizations are widely perceived as biased against Israel. But Jews do care about human rights. So when an opportunity to address the Darfur genocide opened up, a significant sector of our community was eager to become involved.

For a variety of reasons, the Save Darfur Coalition fell on hard times and eventually merged with another human rights group. Activism diminished across the board, and also within the Jewish community. Efforts to revive national and grassroots engagement around Darfur and other human rights crises have largely been unsuccessful. This is unacceptable.

The Jewish community should be a constant and vigorous leader in the effort to defend human rights, especially to prevent and stop mass atrocities. How can we not? Lo ta’amod al dam re’echa: Do not stand idly by while the blood of your fellow is spilt, Leviticus, 19:16. Pikuach nefesh — the saving of human life — takes precedence over all of Judaism’s other commandments. B’tselem Elokim: Human beings were created in God’s image. These values alone provide a more than adequate foundation for robust activism on human rights.

And while it is worthwhile to commemorate the Holocaust, perhaps the most important and appropriate response is to dedicate ourselves to try to stop mass killings taking place today. The NGO Genocide Watch has listed current genocides in Sudan, Iraq, Somalia, the Central African Republic, Myanmar and Nigeria. Occasionally, some members of our community would ask me why I was “wasting” so much of my time with the Darfur genocide when Israel required all my attention. Given our history, such questions left me speechless.

The campaign to delegitimize Israel through the use of BDS is a significant problem. We should all be pleased that our community is coming together to gather the necessary resources for an effective response. But wouldn’t it be nice if some mega-donors convened foundations and national Jewish organizations to explore how we also might elevate our human rights advocacy?

Would mobilizing around human rights enable us to form valuable relationships that can be useful in fighting delegitimization and BDS? Yes. But we don’t need ulterior motives. Whether in the community or on the campus, human rights should be a sacred Jewish cause, not merely the basis of a pro-Israel message.

Martin J. Raffel is the former senior vice president of the Jewish Council for Public Affairs (JCPA). He now consults for the Israel Policy Forum.