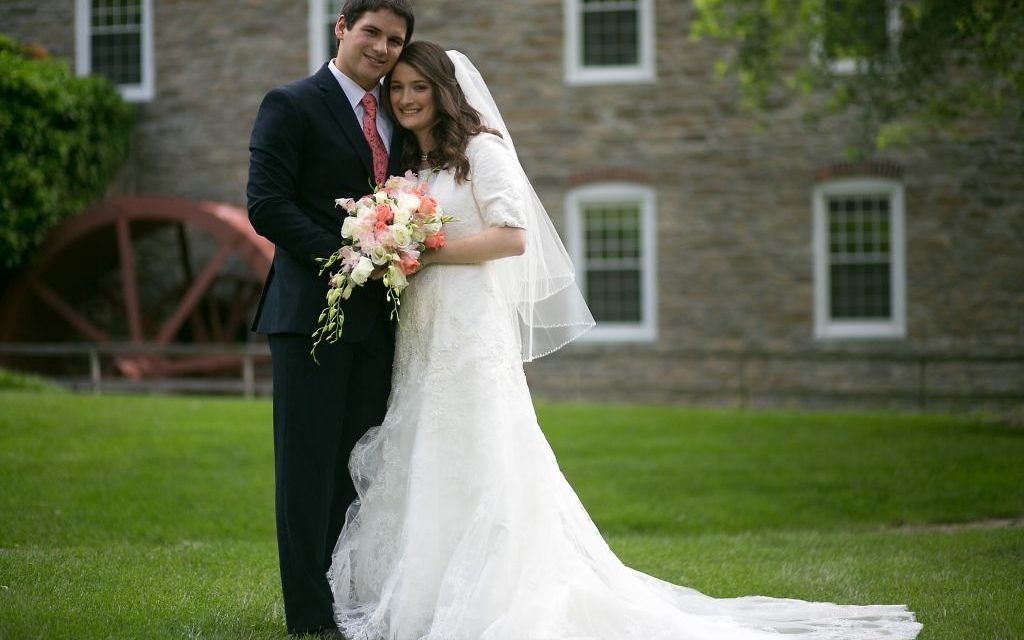 Tali Brown and Yoni Kozlowski were classmates at the Melvin J. Berman Hebrew Academy, a co-educational Modern Orthodox Jewish Day School in Rockville, MD. They lived in the same neighborhood and both went to the Kemp Mill Synagogue, where their families were friends.

“That’s when we began to get interested in each other,” said Tali of her senior year, in 2009. She was “pretty much the initiator at the beginning,” she added. Their relationship solidified that summer when they were both counselors at the JCC Inclusion Camp.

Afterwards, there was a year of separation. Tali spent the year at Midreshet Lindenbaum in Jerusalem while Yoni completed his senior year of high school. According to his mom, “Yoni’s smile came back when Tali was home for Pesach vacation.”

Then came a second year of separation when Yoni spent his gap year in Jerusalem at Yeshivat Eretz HaTzvi and Tali returned to the U.S. to start her freshman year of college. “We skyped all the time and it wasn’t so hard because we knew we’d be together for the next three years at the University of Maryland,” Yoni said. Early on, the couple knew that they wanted to get married, but they also agreed to finish college first.

Yoni thinks of Tali as “the brains.” And he adds, “I admire her passion and her social awareness. She’s beautiful; she’s funny; and she makes me laugh. She brings out the best in me – always motivating me to be the best that I can be.”

In the fall of 2014, when Yoni was 22 and a university senior, majoring in bioengineering, Tali began her first year of medical school at the University of Maryland. Three days before Rosh HaShana, when they were walking along a neighborhood creek, Yoni officially proposed. It was a private moment followed by festivities with friends and family, and then the entire shul celebrated with them over Rosh HaShanah.

“It’s been nice for us to grow up together and to make life decisions together,” Tali said. “We’re learning how to navigate the world together. We’re like a start-up.”

At their wedding, Rabbi Yaakov Bieler, founding rabbi of Kemp Mill Synagogue, referred to the role of the synagogue in their lives: “What we have built together is a place where … one can find his or her better half, and prepare to spend lives together as a truly integrated whole. I don’t think it could get any better than this for any of us gathered here today.”