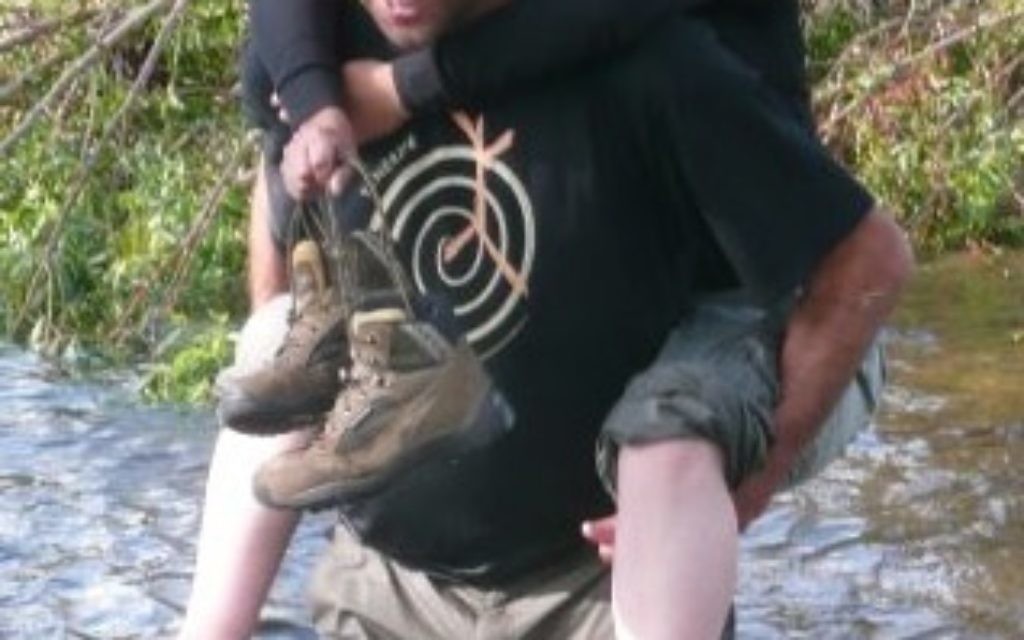 Yishai Fried agrees with the words of author Mark Twain: “There ain’t no surer way to find out whether you like people or hate them than to travel with them.” Yishai fell in love with Tal Pertzelan while they were traveling in Mongolia.

They didn’t come to Mongolia together as a couple. Yishai, one of those Israelis who travels a lot, had come to Mongolia in May 2008 via the Trans-Siberian Railway. “Though I often travel alone, it’s not really possible in Mongolia,” says Yishai.

One needs to be with a group, and because the roads are so poor, a driver is also a necessity. Foreign citizens are advised to take out comprehensive travel and medical insurance.

“I was in the capital city Ulaanbaatar for about a week when I met up with a Dutch guy,” recalls Yishai. “We seemed like compatible traveling partners, but he said that he was waiting for this girl.”

She turned out to be Israeli like Yishai and born in Jerusalem like him and a fan of Mongolia. She had arrived a month earlier. Tal Pertzelan had visited Mongolia once for a holiday and now wanted a second visit after finishing a two-year stint in Hong Kong, working in security for El Al airlines.

The Dutch guy and the two Israelis set out together, traveling north by train and bus, to Lake Hovsgol, one of the clearest lakes in the world.

Things were clear for Yishai, too. He wanted to pair up with Tal. “I thought she liked me,” says Yishai.

“I did,” says Tal. “I liked him as a traveling partner, but without the romance.” Yishai, who is almost nine years older than Tal, agreed to her terms and was there for her to celebrate her 25th birthday on the trip.

Another two Israeli girls joined their group, but Yishai had eyes only for Tal, and before the trip ended, he asked her again if she might consider him as a boyfriend.

“No,” said Tal for the second time. He asked if they could stay in touch. Yes, she said, but she made it clear romance was out of the question.

They exchanged one email over the next three months as Yishai continued his travels in Asia.

By Rosh Hashanah, 2008, they were both back in Israel. Yishai returned to his work in Jerusalem as a designer of computer games, and Tal began her studies in archaeology at Ben-Gurion University of the Negev in Be'er Sheva.

It was a new year, and Yishai decided to try his luck once again with Tal. He invited her for dinner, and she already had a commitment. He didn’t give up. He asked her out to lunch. She accepted.

“Yishai was consistent but not pushy,” says Tal. “Determined but not desperate. Lunch was OK, but I still wasn’t ready for a date.”

On dating forums, the question is sometimes asked: “Can I ask a girl out after rejection? Opinions vary.

Yishai had tried three times, and each time, he was able to resume his friendship with Tal. “But after the third rejection, I gave up,” says Yishai.

Tal, however, took the initiative – with some encouragement from her mom. She invited Yishai to go shopping with her.

“I realized that I had fallen in love,” says Tal. “I so much appreciated Yishai’s goodness and generosity. And now it was my turn to be the giver.”

The mutual attraction proved strong enough for Tal to give up her life in Be'er Sheva and to move in with Yishai in Jerusalem. She transferred her studies to Hebrew University. The couple was ready to start a new adventure – called marriage.