However unintended, President Trump is driving a wedge between American Jews and Israelis.

Not that we and our cousins across the ocean don’t have enough to keep us apart already besides the miles and misunderstandings of each other’s religious, social and political views. But when it comes to Trump, the divide is particularly wide.

Many American Jews no doubt were surprised and annoyed to see the president greeted in Israel this week with such enthusiasm by Prime Minister Netanyahu, even after reports that Trump leaked Israeli intelligence reports to the Russians last week in the Oval Office — reports that surely would be shared by Moscow with Iran, Israel’s most dangerous adversary. It may have led to the exposure of Israel’s source behind enemy lines, possibly a fatal flaw.

But Israelis are a pragmatic people with few allies around the world. And after eight years of tension, and worse, with Barack Obama in the White House, they are relieved to see President Trump pledge his allegiance to the Jewish state, talk tough on Iran and have Nikki Haley at the United Nations speaking out in full voice on behalf of Israel and against the hypocrisy of the world body when it comes to the Jewish state. 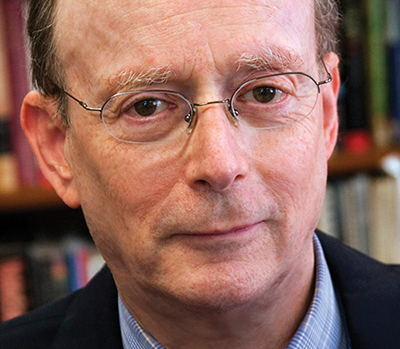 So Israelis are not so interested in Trump’s crude behavior, flaunting of presidential norms and possible obstruction of the law. They are, naturally, looking out for themselves in a tough neighborhood and welcome the prospect of their most important ally having their back and not being shy about proclaiming that position.

Further, Israelis may well be upset with American Jews, most of whom are Democrats, didn’t vote for Trump and still oppose much of what he says and does. The Israeli message to us: “How can you oppose the one man out there who appears ready to stand up for us and protect us, when so much of the world is against us?”

And American Jews, in turn, might reply: “How can you be so naïve to believe a man we see ignoring or obscuring the truth every day in so many ways, and changing his policies without even an explanation? Don’t you care that he has already reneged on his pledges to get rid of the Iran deal and move the U.S. embassy in Israel from Tel Aviv to Jerusalem? If Israel benefits from a strong America, are you ready to cast your fate with someone whose hold on his own country, not to mention the international community, is tenuous?”

To which the Israelis could say: “Is it better to reject Trump’s overtures? How many options do we have?”

And so it goes, but the question remains: Do American Jews have to choose between opposing Trump and championing Israel?

Angst over Israel, and our relationship to the Jewish state, is nothing new.

As we observe the 50th anniversary of the 1967 Arab-Israeli war in early June, we recall not only the euphoria of the result but the fear and anguish of the three weeks leading up to the battle, when it seemed that, only two decades after the end of World War II, the Jewish people were facing another Holocaust.

However unintended, President Trump is driving a wedge between American Jews and Israelis.

At a forum marking the anniversary of perhaps the greatest Jewish military victory since the Maccabees, and its impact today, Ambassador Dennis Ross, the American diplomat who advised four presidents on the Mideast, noted that in the days leading up to the war, with Egyptian President Gamel Abdel Nasser threatening to drive Israel into the sea, the U.S. and the United Nations were passive.

President Lyndon Johnson was “emotionally committed to Israel,” Ross told a rapt audience of more than 900 people last Thursday evening at the forum, co-sponsored by The Jewish Week and UJA-Federation at the Temple Emanu-El Streicker Center. “But the U.S. did nothing,” he said. “The short-answer why: Vietnam.” (see photos from the event below.)

Ross recalled that the U.S. had 550,000 troops in Southeast Asia at the time and the White House and military were “totally consumed” with that war.

That reality — the fact that Israel was virtually alone — added to the growing sense of dread among Israelis and their supporters. Yossi Klein Halevi, then 13 years old (and simply Yossi Klein), living in Brooklyn with his Holocaust-survivor parents, remembers his father’s message: “It can happen again.”

Klein Halevi, a journalist and author living in Israel for the last 35 years who was paired with Ross in a conversation moderated by UJA-Federation CEO Eric Goldstein, said he still thinks of two categories of Jews today: the May ’67 ones, who fear the worst, believe Jews are vulnerable and alone, and the June ’67 ones, who believe the equation changed after Israel’s victory and, said Klein Halevi, instilling more pride, leading to an Israel that today boasts almost 45 percent of world Jewry. “We need to own our success and take moral responsibility for our power,” he said.

Ross was a freshman at UCLA and already interested in foreign affairs when war broke out in the Mideast in 1967. He said the war “validated my belief” that America’s deep involvement in Vietnam prevented the U.S. from playing an important role in other parts of the world.

The Six-Day War stirred his emotions, said Ross, who grew up in a secular home. “It triggered my interest in the Mideast and helped define who I was.”

He visits campuses frequently today and meets young Jews who have little connection to the Holocaust or the State of Israel, he said. “I tell them you can be critical of Israeli policy” and still support Israel. “We’re much too small to exclude, and to be divided,” he said. Ross and Klein Halevi believe there is little chance for peace between Israel and the Palestinians today, especially with Hamas controlling Gaza. They call for incremental steps, working toward the potential for peace in the future.

May ’67 Jews see patience with Israel waning, on the international level and among some of our youth; June ’67 Jews say Israel is strong and growing, and that the miracle of the Six-Day War was neither the first nor the last in our eternal history. 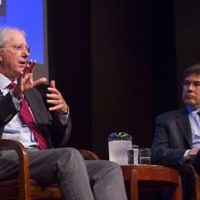 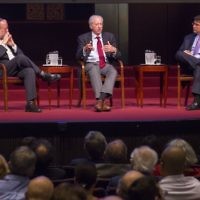 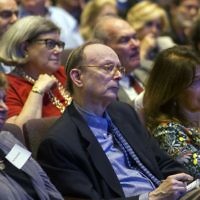 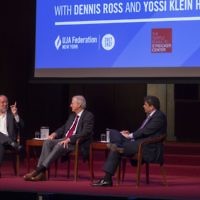 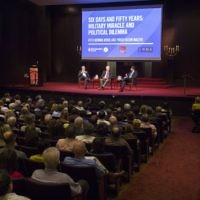 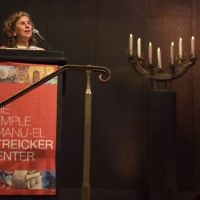 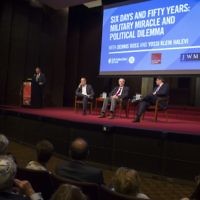 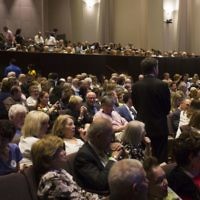 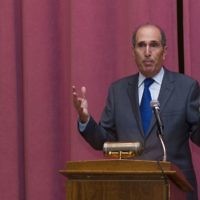 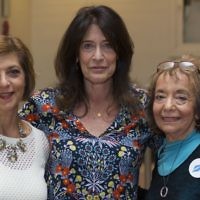 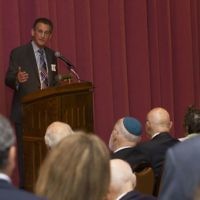 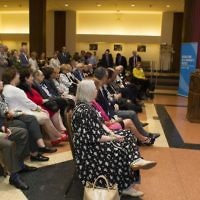 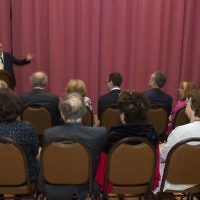 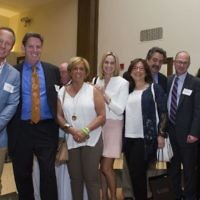 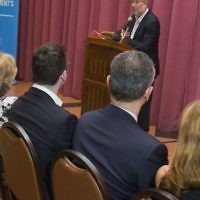 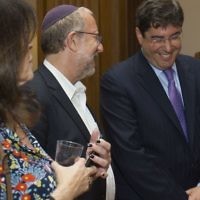 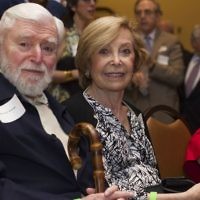 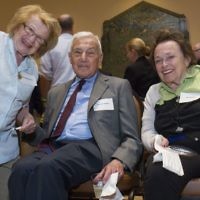 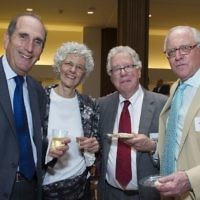 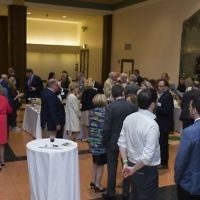 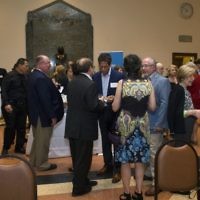 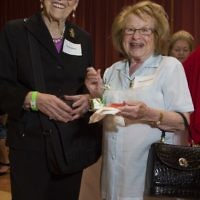