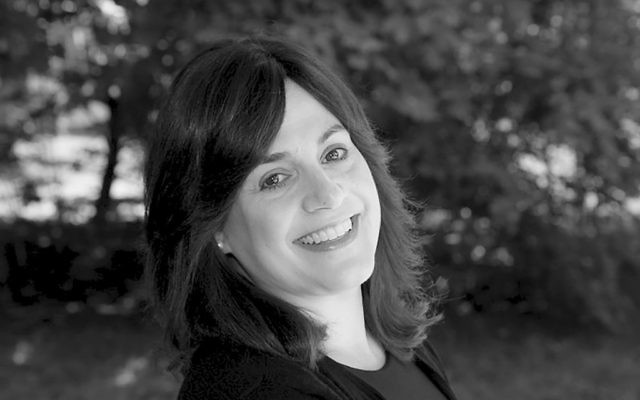 During a recent sermon, our shul’s rabbi emeritus encouraged us to take good care of our hearts by eating a healthful diet and hitting the gym. He also pointed out that while we can see many of our other muscles when we flex them, our heart muscle — that four-cylinder engine so vital to our survival — is entirely hidden from view.

Antun and Katarina Šragalj, may their memories be a blessing, defied this fact about our tickers in their lifetimes. The goodness in their hearts was plain to see. From September 1943 through the end of World War II, they hid my mother-in-law Lea, passing her off as their own daughter’s twin at mortal risk to themselves and their children.

The two families lived in Vrbovsko, a small town nestled in the mountains of western Croatia, then part of the Kingdom of Yugoslavia. Occupied by Axis powers in 1941, the country became a Nazi puppet state under local fascist Ustashe rule, and Jews were at risk from the outset. Lea’s father was sent to a concentration camp in Italy. Meanwhile, she was interred with her mother and older sister in camps in Italian-occupied Croatia — first in Kraljevica, and later, on the island of Rab, where the women reminisced about the contents of their kitchen pantry in a vain attempt to assuage their hunger.

After Italy surrendered to the Allies in 1943, Lea’s father joined the partisans while the girls returned with their mother to Vrbovsko. But they lived in constant fear of deportation to Croatia’s notorious Jasenovac concentration camp, hiding with the partisans during the deadly roundups. Established by the Ustashe, Jasenovac was one of the largest extermination camps in Europe during the Holocaust, and 74 members of Lea’s extended family were murdered there before the end of the war.

One day, Katarina approached Lea’s mother. She said, “We have six children and cannot hide all of you, but we will take your youngest daughter as the twin of our daughter Štefica.” Because the Šragaljs were a cultured Catholic family, fluent in several languages, soldiers — both Nazis and Ustashe — often boarded with them and guarded their home. And so it happened that a 9-year-old Lea took refuge in what her mother called “the wasps’ nest,” a move that would save her life.

Lea and Štefica became war sisters — not just for appearances, but in their hearts, often sitting together with Antun’s father, Grandpa Lovro, one on each knee. Once, a German officer asked to feature the blond-haired, blue-eyed Lea in an Aryan propaganda poster. Lovro would not allow it, knowing she would be recognized by someone who knew she was Jewish and deported, and that he would be powerless to save her.

The bond between the sisters and their families remained strong even after the war. My mother-in-law, forever grateful, would tell their shared story of rescue and survival at every opportunity. Last month, the Šragaljs received public acknowledgement for their courage. In a moving ceremony held in Zagreb, Croatia’s capital, they were recognized as Righteous Among the Nations, Yad Vashem’s highest honor given to those who saved Jews during the Holocaust. To date, 117 Croatians have received this award.

There’s no expiration date on the Jewish principle of hakarat hatov, of expressing gratitude for a kindness, especially a life-saving one. Still, the moment was bittersweet. My mother-in-law passed away almost 18 years ago. We named our youngest after her. Antun and Katarina are gone since the early 1990s. Yet many of their children — including Štefica, the war twin — and grandchildren were present, along with my sister-in-law and other family representatives.

Unfortunately, we could not travel to Croatia then, though the timing of the event was otherwise perfect. With anti-Semitism on the rise in Europe and the U.S., the ceremony provided much-needed reassurance that courage and kindness remain powerful forces in the world. It was also a reminder that even at the lowest points in human history, there will always be individuals willing to take risks — sometimes, to risk everything — to ensure that evil does not prevail in the end.

Most telling to me, though, was that the ceremony took place between Rosh HaShanah and Yom Kippur, when we were busy making a reckoning of what’s in our hearts. We can care for that vital muscle by refusing a second piece of potato kugel, taking the stairs, and sticking to whatever protocol our doctors advise. But we can also learn from the Šragaljs’ example how to flex our heart muscle so its kindness is plain to see — by speaking up, shouting out and changing the world, one good deed at a time.

Merri Ukraincik, who lives in Edison, N.J., is a regular contributor to this spot. She is a columnist for the New Jersey Jewish News.