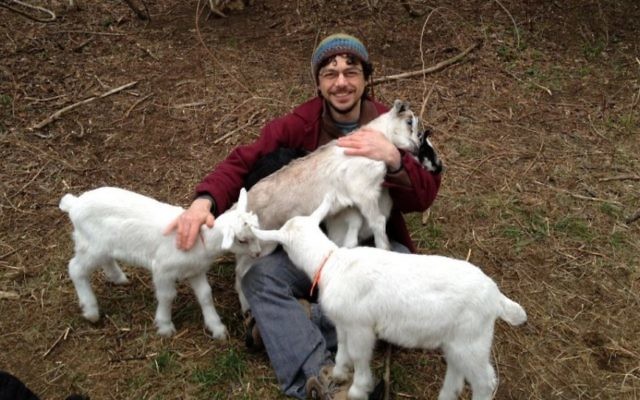 NEW YORK (JTA) — For many Jews, Tisha b’Av is centered around mourning the destruction of the First and Second Temples in Jerusalem. But that interpretation misses out on an important lesson that is made more relevant by recent events, Rabbi David Seidenberg argues.

With the release of a new translation of the Book of Lamentations, the main text read on the annual fast day, the Massachusetts-based rabbi argues that Tisha b’Av, which begins this year on the evening of July 31, provides a powerful way to connect to the refugee experience.

Here’s his translation of chapter 1, verse 3, which depicts a personified Jerusalem in exile:

“She, Judah, was exiled,
by poverty, and by (so) much hard labor
She sat among the nations,
not finding any rest;
All her pursuers caught up with her
between the confined places.”

Seidenberg, who runs the website NeoHasid (warning: automatic music player on website) and is the author of the book “Kabbalah and Ecology,” released a partial translation of the Book of Lamentations in 2007, but the 2017 version is his first complete translation of the text. He was ordained at the Jewish Theological Seminary and by Rabbi Zalman Schachter-Shalomi, the late founder of the Jewish Renewal movement.

JTA spoke with Seidenberg about his translation, available for download here, and his thoughts on Tisha b’Av. 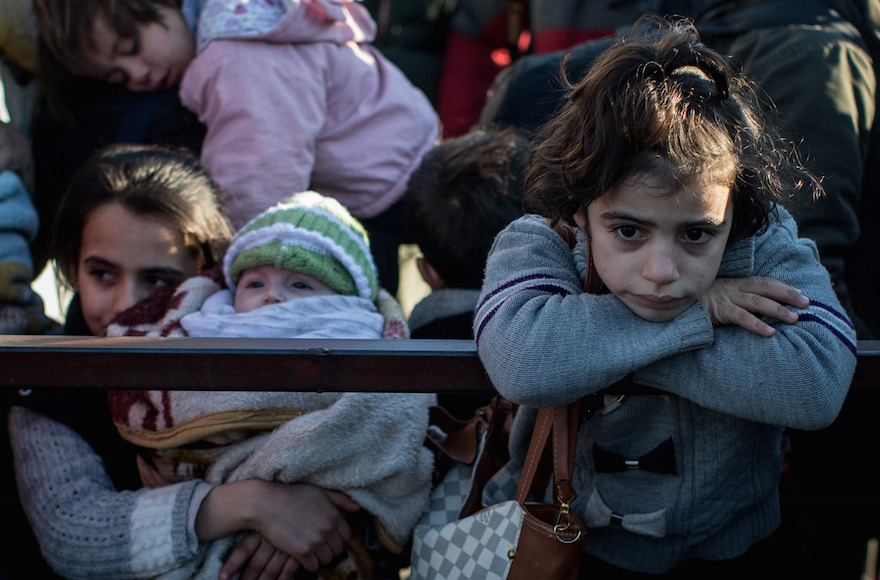 A young girl waiting in line to pass through a border gate as a small number of Syrian refugees are allowed to return to Syria at the closed Turkish border gate in Killis, Feb. 8, 2016. JTA

You write that “Tisha b’Av is not primarily about mourning, but about becoming refugees.”

Jerusalem was a war zone [in 70 CE]. People were being killed in the streets. There was a siege, there was famine. Pretty much everyone was turned into a refugee, even the people that were left in Jerusalem, who weren’t exactly refugees, were still in the middle of a war zone and in the middle of violence.

The observances we have on Tisha b’Av, people think of as mourning customs. Of course we are mourning part of what it means to witness death and destruction, but the customs encompass a deeper, broader experience than just simple mourning, and that’s reflected in not washing, not sitting in a chair, which is both a symbol and the experience of not having a place of rest.

How can we reconcile these two perspectives — focusing both on the Jewish and the universal experiences?

The way we can empathize with an experience that is universal to human history of suffering — the consequences of war and exile and being refugees — is by going into our historical experience as Jews. In fact, you can’t really do one without the other.

You can be a liberal middle-class Jew who thinks that they care about refugees and has ideas and values that motivate you to act, but without going into the particularism of what the Jewish people have experienced, you also have a limitation. People have other ways of going into that experience — people go and work at refugee camps, that’s obviously a more direct experience. But for most Jews that aren’t experiencing that directly, one of the most powerful ways to get into that universal experience deeper on a gut level is to go through the particular experiences of the Jewish people in history.

Was the focus on refugees inspired by recent events?

I’ve thought about Tisha b’Av in this way for a good 20 years, but the past few years have really brought it into very stark reality because we see so many images of refugees. The refugee crisis isn’t just affecting us because we hear news, but it has also poisoned our political process, the rhetoric against refugees, not just in the United States but in many European countries. We’re living in this reality where if we don’t empathize with this experience, which is a human experience, people tend to go to opposite sides and dehumanize people who are in this crisis, and to reject them.

Now that Jews have the State of Israel and can visit a rebuilt Jerusalem, what is the relevance of Tisha b’Av?

If we accept the rabbinic understanding of what Tisha b’Av is, it’s not that a foreign power conquered Jerusalem, it’s that Jerusalem undermined itself, hollowed itself out, by violating basic moral principles of what it means to have a good, fair society, so that it was already destroyed from within before it was destroyed from without. According to tradition, the First Temple was destroyed because of idolatry and murder, and the Second Temple was destroyed because of people hating each other in their hearts, ‘sinat hinam,’ which is a much subtler way of thinking of how a society gets undermined.

If we want to nominate any society in which sinat hinam is an endemic, deep problem, particularly with the polarization of right and left, Israel would be at the top of a list of nominees. I don’t wish to be partisan, but I think sometimes you can’t help it. The right-wing parties that are in control of Israel’s government have put a lot of energy into anathematizing, into demonizing, people on the left. And I think there’s hatred in many directions in Israel, but also the hatred against Jews from some quarters of Palestinian society and the hatred against Arabs and Palestinians from some quarters in Israeli Jewish society is lethal.

What’s different in this translation?

There’s a general idea of how to translate called idiomatic translation, which says that when you translate something from one language to another, when it goes from Hebrew to English, it should sound like idiomatic English, it shouldn’t sound weird or funny, it shouldn’t be in the word order or syntax of Hebrew, and that’s what the [Jewish Publication Society’s], which is the most common translation, is based on.

What that misses is the texture of the Hebrew, and so much of the feeling and emotional depth is in the texture, not just in the words, and so much of it is in the relationship between different words, because every biblical text is commentary on other biblical texts, and when a word uses the same root there’s a connection between those sources. Rabbinic Judaism is based on this midrashic idea that all of the Bible is commentary on the other parts of it.

(This interview has been edited for length and clarity.)