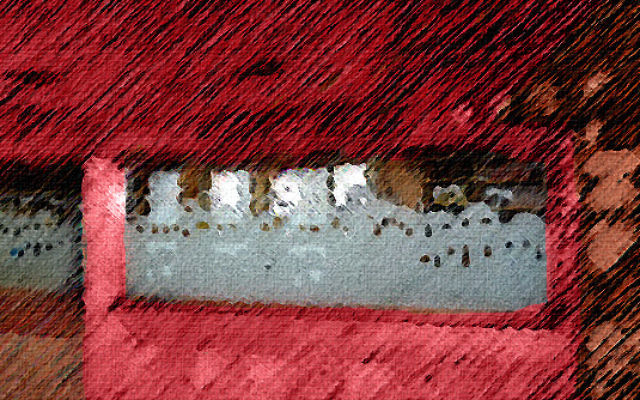 I have a confession: I like davening on the women’s side of the mechitza.

I like the feeling of womanly comradery: the whispered Shabbat Shaloms, the altos and sopranos melding together for Lecha Dodi. In a world in which my work and social lives are mixed-gender, I appreciate having one realm that is exclusively female.

Of course, since the shuls that I daven at generally do not allow women to lead services or to read from the Torah, not having a mechitza wouldn’t make much of a difference. I think too often mechitzas get conflated with women’s participation, when in fact, it’s possible to give women a public role in prayer services while maintaining a mechitza.

However, I do think that the design of a mechitza sends a strong message about the shul’s attitude towards women: Lincoln Square Synagogue, the shul where I grew up, had a mechitza designed specifically so that women from almost any vantage point in the women’s section could see what was happening on the bimah. The message to women was clear: “Your presence matters to us. We value you.”

Since then, I have davened at shuls with a variety of mechitza setups. The shul that I normally go to has a not-too-high curtain down the middle, with the bimah at the front – another set up where women are made to feel that they matter. But shuls with women’s sections at the back, or upstairs, or mechitzas placed in such a way where you can’t see the bimah, send a clear message as well: “Women are not part of the tzibur.” They must be relegated to a space far away from the space of the tzibur. It doesn’t matter whether they hear or see the actual tefillah betzibur, because they are not part of it.

When this is the attitude towards women, it’s no wonder they often choose not to show up. If we’re not halakhically obligated in tefillah betzibur, and we arerelegated to spaces that don’t even allow us to adequately follow the prayer services, what is shul, exactly? An exercise in showing up to a place that doesn’t want you for prayers you can’t participate in or even hear?

However, when women want to participate in public shul activities, whether it’s giving a dvar Torah after services or leading parts of the prayer that do not require a minyan, men – and many parts of the (primarily male) rabbinic establishment – will say: “Women don’t come to shul, and now they’re demanding all these privileges! First, let them come, and then, we’ll think about meeting their demands.”

We don’t make regular shul attendance a prerequisite for a man wishing to get an aliyah, but somehow, regular shul attendance has become a prerequisite when it comes to expanding women’s roles in shul rituals.  If the privileges in question are halakhically forbidden, increased shul attendance won’t make them permissible. If the privileges in question are halakhically permissible, refusing to grant them to women because they don’t show up enough to shul is simply sexism.

My question is: how many men who currently go to shul on a regular basis would no longer do so if they were relegated to the back or upstairs? If they could not see or hear the services, let alone actively participate?

One of the most meaningful prayer experiences I had was on Rosh Hashana in Bnei Brak. Women were essentially in a separate room from the men, though there were grates in the wall, so you could just about make out what the chazzan was singing. I wound up davening to myself, combining the intimacy of tefillah beyachid with the atmosphere of tefillah betzibur, because I got tired of straining my ears to the cracks.

At some point, towards the end, a man walked through the women’s section on his way to the kitchen. Nobody batted an eye. The shul was the men’s space; they could go wherever they wanted. All of the magical kavannah of my prayers evaporated in a fit of anger – because mechitzas are not sexist, but, like many halachot related to women, they get implemented in a sexist way.

God is not sexist. But humans are experts at turning God’s word into another tool of the patriarchy.