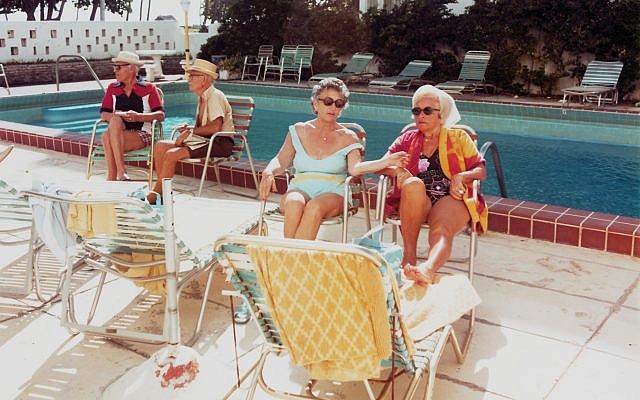 Nothing says Miami Beach of a certain era like a cluster of suntanned Jewish grandmothers in pastel-print dresses and pointy eyeglasses living it up, their way.

From the late 1940s to the 1970s, retired Jews flocked to what is now known as South Beach, where the sun shined every day, the beach was steps away and one could live well on a pension from a civil service or garment center job. They created an Eden of their own design.

A new film documenting that legacy, “The Last Resort,” debuts Saturday, Nov. 10, at DOC NYC, the city’s documentary film festival, and will open theatrically in New York on Dec. 21 at the Quad and the Marlene Meyerson JCC Manhattan.

Directed by Miami-based filmmakers Dennis Scholl and Kareem Tabsch, the film highlights the work of a pair of Miami Beach-born photographers, Gary Monroe and Andy Sweet, who set out to capture this culture as it was vanishing. 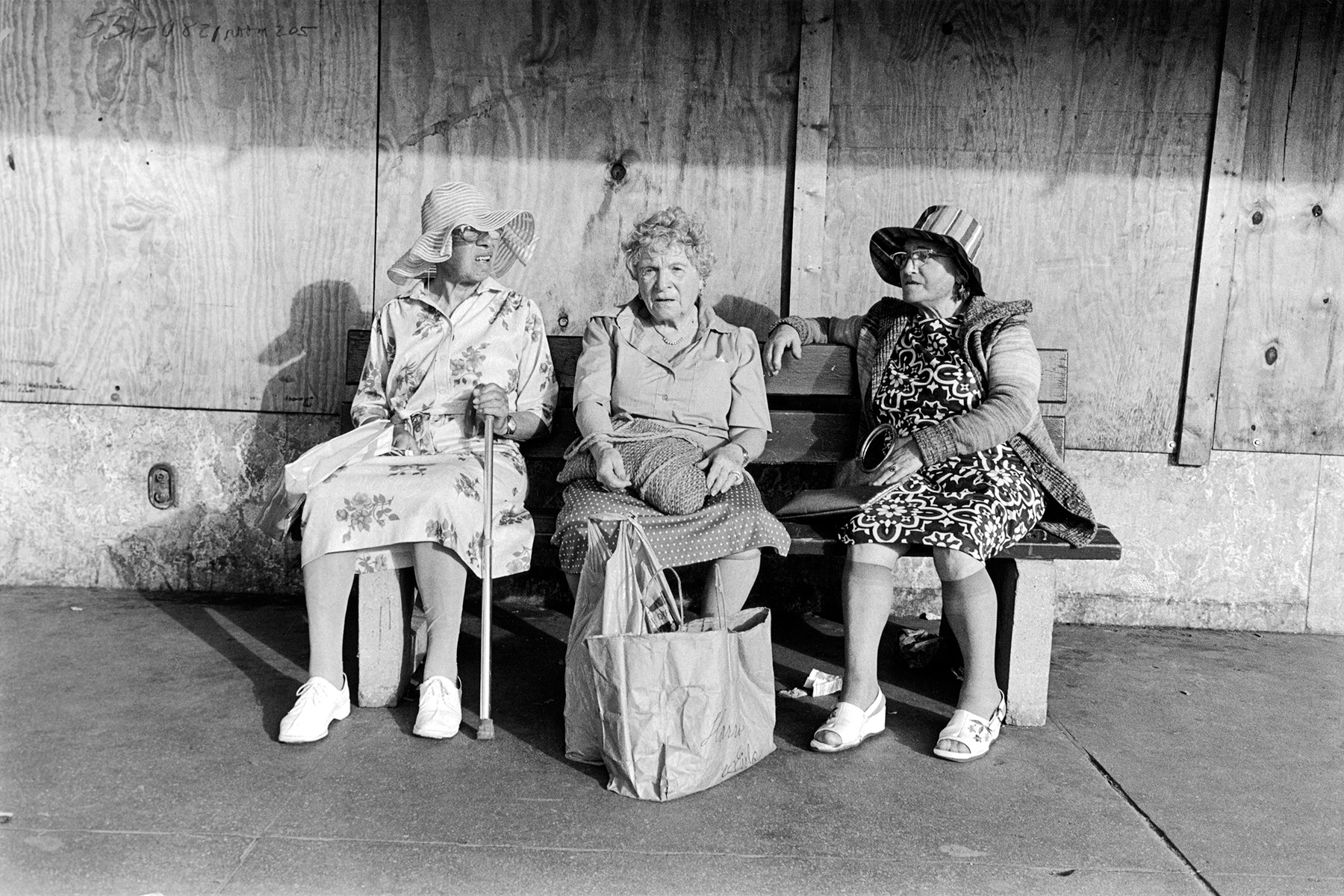 Their photographs are postcards from beyond. While it might be easy to go for a quick laugh at the high-hairdos and beach bravado of these transplanted seniors, the photographers are full of keen interest, empathy and honesty in portraying them. Here are Jews grasping their last days of vitality, at the pool, the beach, on the porch, posing, dancing, playing music, wearing fur, enjoying it all. Many are Holocaust survivors with their numbers made visible by short-sleeve shirts.

Monroe tells The Jewish Week that he and Sweet made sure to photograph the hotels every New Year’s Eve. “They celebrated like teenagers,” he says. “What a metaphor for life.

“We knew how fortunate we were to do what we were doing,” he says, “Nobody turned us down.”

While Sweet photographed in beachball colors, Monroe stayed with black-and-white; Sweet worked quickly, Monroe was more of a formalist interested in composition. And while Sweet wandered the streets, Monroe tried to get inside people’s homes and capture private moments. Monroe says they were a terrific team.

The film grows darker, with the tragic death of Sweet at age 28. In 1982, he was stabbed to death in his Miami apartment. While the killers were found, tried and convicted, the motivation for his murder remains a mystery.

Monroe was determined to complete what they began as a 10-year project, and he portrays the community’s decline, as rents got higher, crime rates rose and loneliness replaced joyousness. He went on to photograph extensively in Haiti and the Haitian community in Miami, and continues to photograph around the world.

After Sweet’s death, his archive was lost, but has recently been brought back to life through the digital restoration of images taken from remaining faded work prints.