As an 8-year-old yeshiva kid, I escaped my Orthodox world into a land of fantasy, through comics.

When visiting my father’s office in Soho on Crosby Street, I’d go next door to Housing Works Bookstore. It was large and had winding staircases with wooden handrails going upstairs. I’d sit by the crate of 50-cent comics and read through a dozen of them, breaking only to use the bathroom. Superhero comics kept me company on my first flight to Israel, distracting me from El Al’s uncomfortable seats. The books told heroic tales about men and women with pure motives and unlimited strength. Characters like Iron Man and Spider-Man and Black Panther were complex and relatable, people I could aspire to be and could be. They were like stories of the great chasidic rebbes, except everyone agreed it was fiction.

I didn’t realize the man behind all those superheroes was Jewish. Stan Lee, born Stanley Martin Lieber, didn’t simply make it in America. He rose up from the Bronx, fought in World War II, and during his years at Marvel Comics helped redefine what it meant to be an American. Lee died Monday in Los Angeles. He was 95. 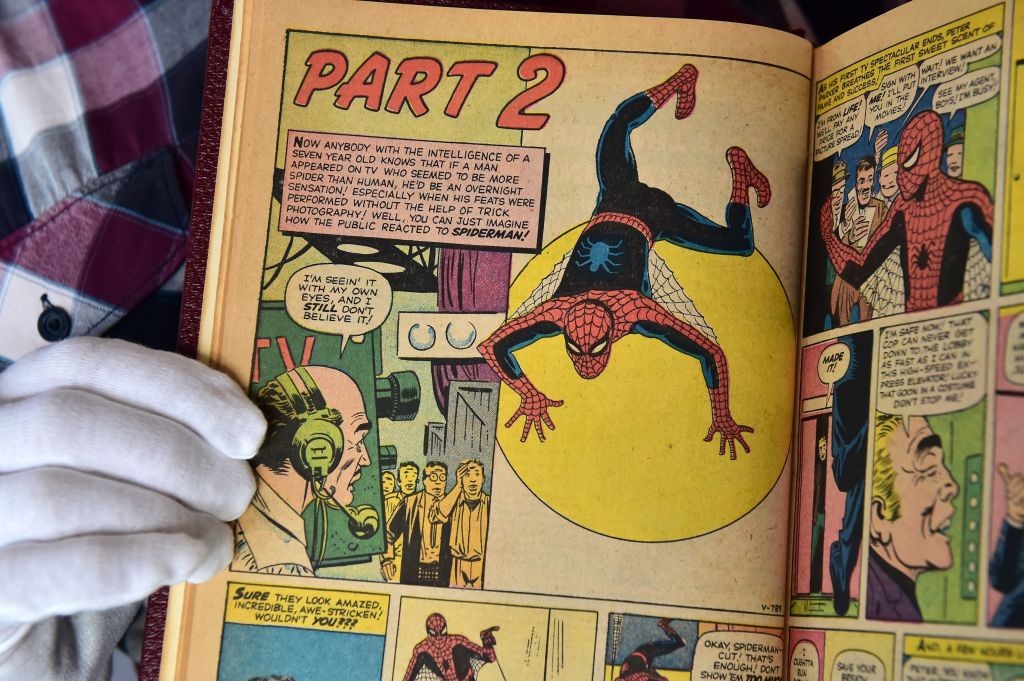 A custom bound one-of-a-kind hardcover book that includes the first 10 issues of The Amazing Spider-Man, “Strange Tales Annual #2”, and “Amazing Fantasy #15” (1962-1964) comics, part of a selection of 20 works associated with the late Stan Lee’s comics universe, is displayed at Julien’s Auctions in Beverly Hills, California, on November 13, 2018. – The collection which features Spiderman and Lee’s other iconic superheros, will be sold in the online auction November 16-17. Lee, who was the editor-in-chief of Marvel Comics, died November 12 in Los Angeles at age 95. The custom bound book is estimated to sell for between USD $20,000-$30,000. (Photo by Robyn Beck / AFP) (Photo credit should read ROBYN BECK/AFP/Getty Images)

Jewish artists have often gained acclaim for their Jewishness. Philip Roth, Woody Allen, Marc Chagall — they never successfully shirked their Jewishness, whether they intended to or not. They wore their identity on their sleeves. To a certain degree, their fame was achieved despite their Jewishness. Roth wore it like a stain, trying to be an American writer rather than a “Jewish-American” one. (A notable exception was Irving Berlin, who created a songbook of Christmas music; he helped mold the modern American holiday, but people were more familiar with his creations than with the man himself.)

Stan Lee was different. He not only assimilated, he developed and deepened the character that proudly carried the country’s name — Captain America — created by Joe Simon and Jack Kirby. His comic book debut, in “Captain America #3,” introduced the character’s use of his shield as a returning throwing weapon.

For a child who grew up with every day being Yom HaShoah, it was earth-shattering to see a different narrative on display in bold colors.

For me, it was the story of Captain America, with his constant battles with Nazis and Hitler, that really stood out. For a child who grew up with every day being Yom HaShoah, it was earth-shattering to see a different narrative on display in bold colors. In one cover, from 1941, Captain America punched Adolf Hitler in the face.

I was always taught that the victims of the Holocaust just accepted their fates. In yeshiva, the Holocaust was used a tool of coercion to make us more pious and observant. My shul, in an old residential house in Midwood, Brooklyn, was full of Holocaust survivors. Tattooed arms were the primary texts of my Holocaust knowledge. As a 5-year-old, I used to lie awake at night sleepless, imagining myself in Auschwitz and being led to gas chambers. I wondered why I survived and six million didn’t. Every time I woke up, I was slightly disappointed that I was in my comfortable bed. I was a textbook case of multigenerational trauma, a victim to a bogeyman that lived in history books. 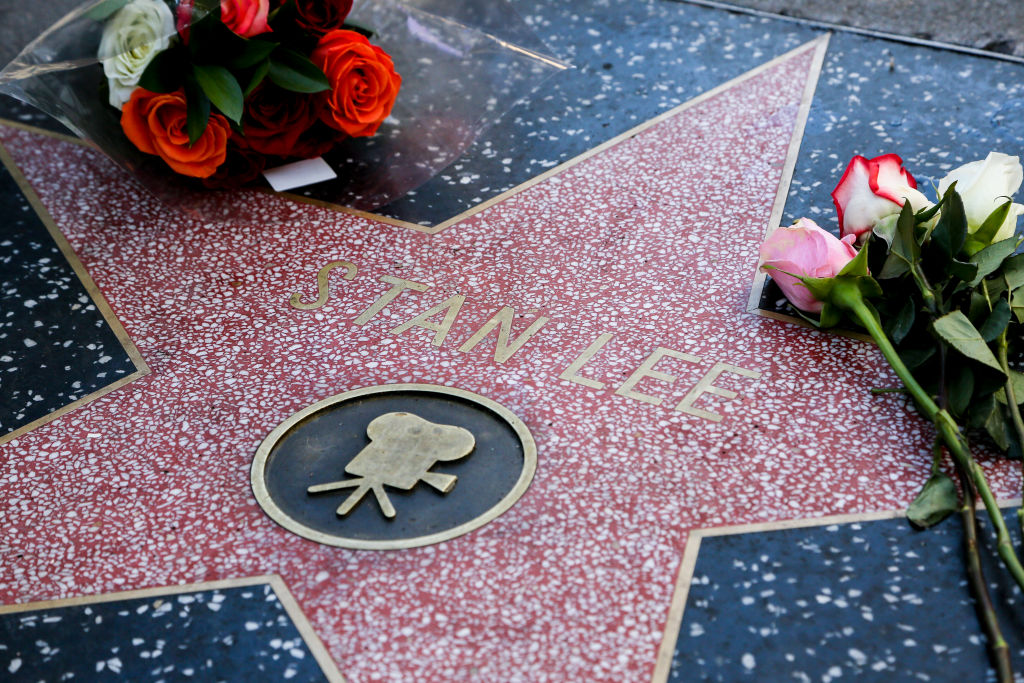 LOS ANGELES, CA – NOVEMBER 12: Fans leave tributes on Stan Lee’s star on the Hollywood Walk of Fame shortly after the news that the Marvel founder died aged 95 was made public on November 12, 2018 in Los Angeles, California. (Photo by Gabriel Olsen/Getty Images)

But here was Captain America, the manifestation of the complete opposite of everything I believed and felt. He fought back, and won. He didn’t accept his doom, sending a message to the world that we can’t sit by and let evil run free.

Years before the Nazi-crushing of Quentin Tarantino’s film “Inglourious Basterds,” Lee and his team were acting out a fantasy that many helpless Jews harbored — to fight back. He empowered people at a time when we felt powerless. Jews felt abandoned by FDR and his cabinet, who didn’t bomb the railroad tracks leading to Auschwitz. We felt abandoned by our own leaders, American rabbis who didn’t demand more from the president. Lee shifted the narrative, calling us to not take it sitting down.

Best of all, the cornerstone of Lee’s assimilation was his borrowing of Alfred Hitchcock’s penchant for giving himself cameos in his films. According to Vox.com, Lee has appeared in 20 films based on Marvel characters, from “X-Men” to “Spider-Man” to the “Fantastic Four,” sometimes appearing as himself and others as a mailman or some other regular Joe.

A crowning achievement — to be in a superhero movie. Not bad for a Jew from the Bronx.

Eli Reiter is a three-time winning MothSLAM storyteller and teacher. His writing has appeared in The New York Times, Slate and The Washington Post. He hosts a Muslim-Jewish storytelling series.