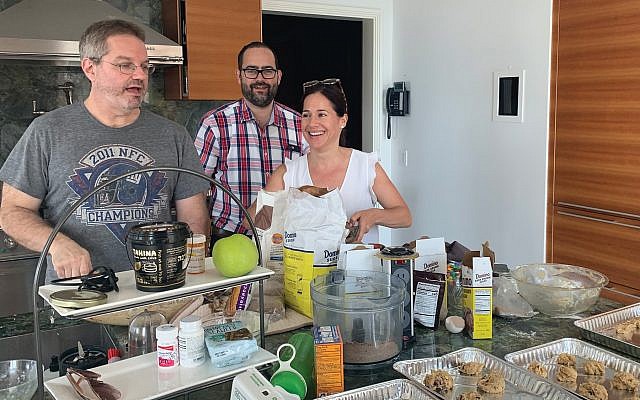 Despite all the political and religious frictions within the Jewish community, we recently experienced an inspiring reminder that Clal Yisrael (Jewish unity) can come from the most serendipitous of places. In this case, it was all about baking cookies as a way of bringing Jews together.

Every Shavuot, more than 3,000 people come together to “stay the night” and celebrate Matan Torah (the Giving of the Torah) with a night of Jewish learning at the Marlene Meyerson JCC Manhattan. The Paul Feig z”l Tikkun Leil Shavuot has become a highlight of the Jewish calendar in New York. As with any good Jewish event, food is provided and the students (whose ages range from teens to senior citizens) snack on cheesecake and chocolate chip cookies while consuming vast amounts of coffee during the various 15-minute breaks between classes. The JCC offers as many as 10 hourly classes simultaneously at five sessions beginning at 10 p.m. and finishing around 5 a.m., just before sun-up. 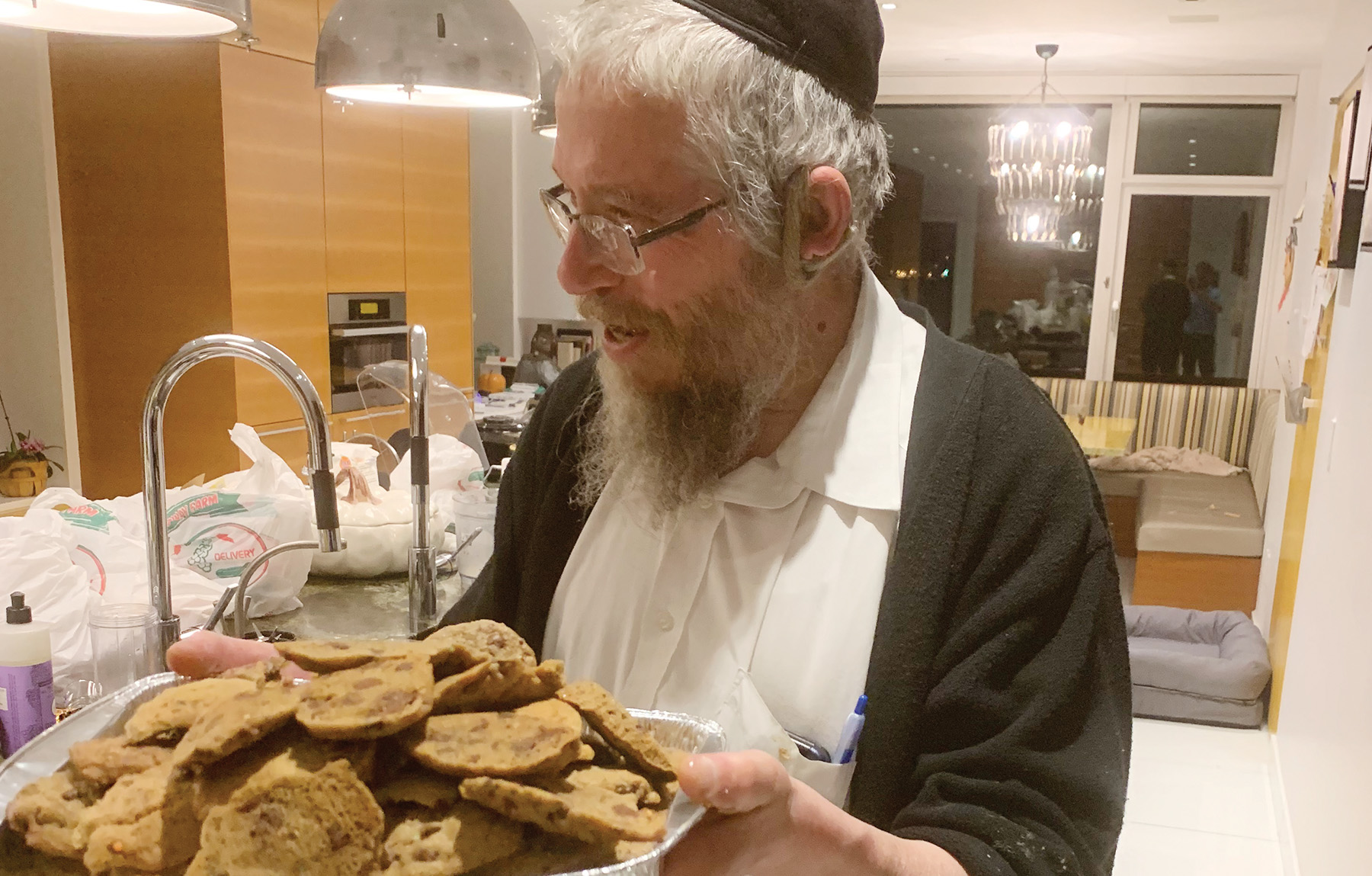 Baking and blessing: Rabbi Moshe Wiesel, one of two mashgichim on hand, helped make the cookies and offered a prayer that the JCC Shavuot night of learning would bring Jews together and create more joy in Torah.

Our inability to find the cookies inspired us to do it ourselves. Moshe is famous on the Upper West Side for his “Moshe” cookies, which he often delivers (pareve, of course) to friends for Friday night dinners. Why not make them dairy and bake enough to feed the hungry crowd of Jewish learners? When we presented the idea to the staff at the JCC, the response was, “you guys are crazy,” which, of course, sealed it. Challenge accepted. We decided to bake 1,500 cookies in Jeff’s home. The problem was how to provide a level of kashrut that would satisfy everyone learning that night. We needed a kosher supervisor.

Rabbi Abigail Tru, the JCC’s director for Jewish Learning, who runs the massive effort behind the Tikkun event, reached out to Rabbi Aaron Mehlman of National Kosher Supervision. He questioned how he would find a mashgiach to work from 10 p.m. to 2 a.m. on the Thursday night before Shavuot, and another to work the next day from Friday afternoon to just before Shabbat. (Shavuot began Saturday night, June 8, right after Shabbat.) But he came through.

Rabbi Yossi Teichman, a Chabad rabbi from Crown Heights, and Rabbi Moshe Wiesel, a Vizhnitzer chasid from Borough Park, agreed to split the time Thursday night. The first lesson we learned was that non-organic white eggs are preferable to the organic brown ones as they typically have fewer “blood spot” issues, which would make the eggs unacceptable. Jeff was soon exchanging eight dozen eggs at the Broadway Farms supermarket; the ingredients and the kitchen all checked out, and the baking began.

We assumed the mashgichim would be just doing their thing, watching us, ensuring the kashrut and maybe offering us a few words of Torah. However, they were so enamored with the idea of a mix of 3,000 Orthodox, Conservative, Reform, Reconstructionist and secular Jews coming together to study Torah that they chose to roll up their sleeves and started mixing, rolling, cutting and baking the cookies with us.

They were curious and intrigued about the Tikkun. As the baking commenced, Rabbi Wiesel told us that the cookies were not sufficiently round. He wanted a better presentation. Seriously? We asked him why he cared about the presentation from a kashrut perspective. His response was, in the Jewish tradition, to answer the question with a question. Why did Hashem make many different types of tomatoes? They mostly taste the same, so why so many different types? His response was that Hashem understood that appearance matters and that presentation is part of enjoying food and appreciating God’s creation. It was more than we expected from our mashgiach. We made the cookies rounder.

We had a few of these moments, but the real magic occurred at about 1:30 a.m. as we were ending the shift after having made about the first 600 cookies. We foolishly assumed that a charedi mashgiach wouldn’t be interested in our kind of pluralistic learning that offers choice — ranging, at the JCC Tikkun, from text study to history, to politics, to dance, to music, to comedy, to drumming. We also assumed that he would view the JCC Tikkun critically. We were wrong.

As we concluded the night of baking with a shot of Slivovitz, Rabbi Wiesel proceeded to launch into an extraordinary misheberach prayer. He blessed the learning that would take place at the JCC. He blessed Jeff’s brother’s memory, for whom the Tikkun is named. He blessed the cookies for bringing Jews together and creating more joy in Torah. And he spoke about his delight in having been part of this mitzvah, and how he believed the Tikkun at the JCC was “avodah kedushah,” holy work.

Legend has it that in the middle of the night on Shavuot you can see right up to heaven as you stay up and study Torah. This year, for us, the opening to heaven occurred 48 hours early as three Jews of very different backgrounds shared a l’chaim over Slivovitz to herald a night of baking hundreds of cookies that will help enhance the experience of learning on Shavuot for thousands of Jews of all backgrounds and ages.

For the record, we managed to bake only 1,212 cookies over those two sessions. Every one was consumed Shavuot night before midnight; demand overwhelmingly exceeded supply. But those cookies were a great conversation piece and gave the evening a unique spirit. So we invite Rabbis Wiesel and Teichman to return again next year, to once again roll up their sleeves, and look up — with us — for that opening to heaven.

Jeff Feig is an investor living in New York. Moshe Horn, a part-time baker, is a full-time attorney and Jewish activist living on the Upper West Side.