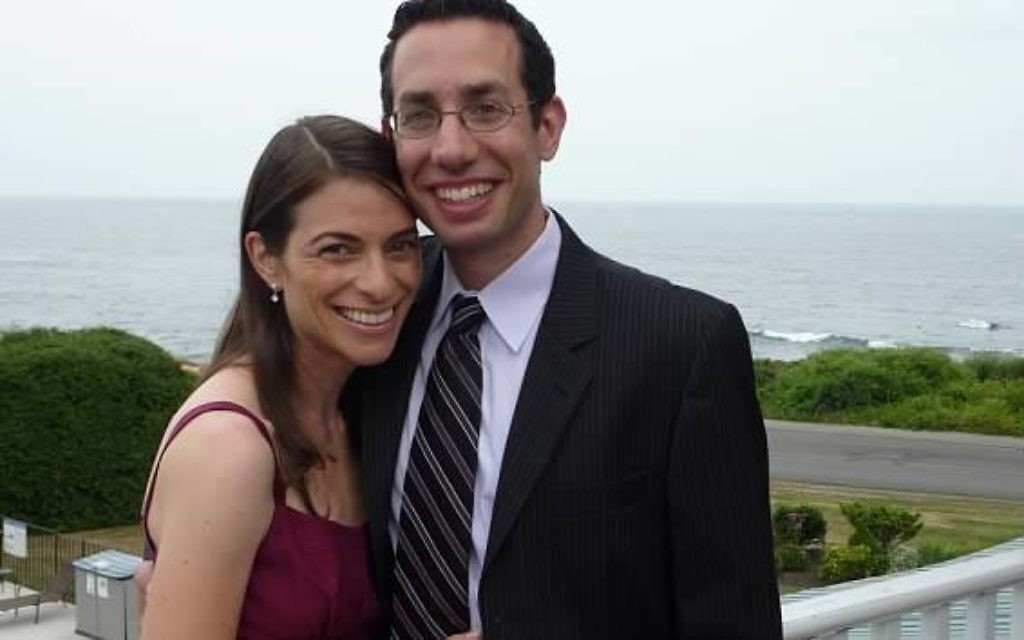 The odds were not in their favor. It is highly unlikely that two old friends would just bump into each other on a subway platform in Manhattan.

Nine years after their friendship began at the Hebrew University in Jerusalem, Noah Borenstein and Amy Heller reconnected at the 86th Street subway station, when they both got off the C train. “I was to meet a friend saying kaddish,” says Noah. “Otherwise I never rode this train.” Amy, too, was there by chance. She had left work early so she could see a Yankees game.

They traveled in the same circles in high school and both attended a six-week Ramah-based seminar in Jerusalem for 11th and 12th graders. But they didn’t interact. Amy says she was with her friends from the Camp Ramah in the Berkshires, while Noah hung with the crowd from Palmer, Massachusetts. The following year, they were both at a national United Synagogue Youth convention. Still, they were in different groups.

They became good friends their junior year abroad, when they were both 19, and shared a Young Judaea internship. Noah remembers thinking she was cute. Amy remembers thinking he was funny. They went their separate ways – Amy to her hometown in New Jersey and to completing her degree at Brandeis University. Noah returned to the University of Rochester. After graduation, he worked in media in Charlotte, North Carolina and Watertown, New York. Amy had become a New Yorker – studying for a degree in Educational Theater at New York University and working for certification as an English teacher.

Noah had many Ramah friends in New York. There was always an invitation for Shabbat and holidays on the Upper West Side. Twice, he and Amy were in the same place at the same time. They exchanged email addresses, but there was no follow up. His mother (who lived in Providence, Rhode Island) encouraged him to move to New York City – where the Jewish girls are.

When Noah bumped into Amy in 2003, he was looking for an apartment and needed a roommate. Amy had an idea for him, and they exchanged emails. One email led to another and to a get-together at the American Museum of Natural History. But “not a date,” recalls Amy.

Though she was hanging out with Noah, Amy started dating another guy. Soon she made a choice. “I had a lot to be thankful for that Thanksgiving,” says Noah. By New Year’s Eve, they had become a couple. A little more than a year later, on February 3, 2005, Noah proposed.

Noah and Amy exemplify the similarity or attraction theory – that people are attracted to others who are similar. “It’s not that we complement each other,” says Noah. “We are each other.”

They share the same values, they like the same people, and enjoy similar interests. They both love Camp Ramah. Noah calls it his “favorite place on earth.” He sums up: “It has been the biggest influence on my life.”

More than 300 marriages, including the union of Noah and Amy, are listed on the website of Ramah Marriages. Speaking of his own friends, Noah notes: “We were a group of eight Ramah guys and four of us married Ramah girls.” No wonder it is said that Camp Ramah is a great place to meet your future spouse.