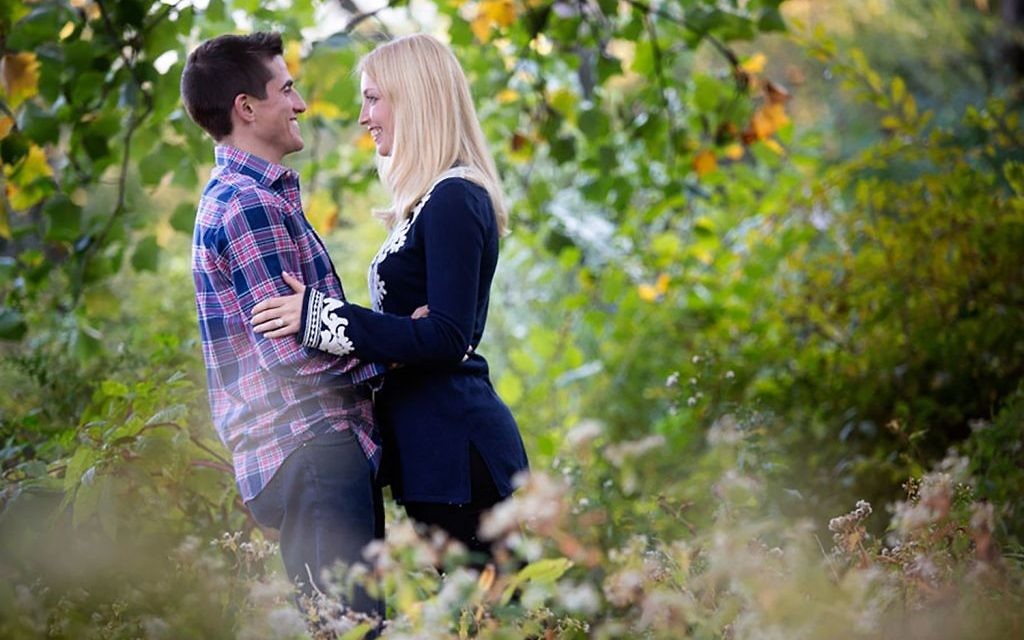 “Look for guys by following your hobbies,” suggests wikiHow. “Ask yourself what you really love to do.” Allison Dwyer, 26, was doing what she really loved – cheering for the track team of her alma mater, Emory University. Michael (Mike) Rothbart, 29, was at the Armory Track and Field Center for the same reason. “No way was I there to look for guys,” insists Allison.

Michael continues: “We were lucky that a mutual friend from Emory, Rebecca, was at the same place at the same time.” Some might call it “bashert” (meant to be). Some might call it “chance.” Professor Albert Bandera, a Stanford University psychologist, has written: “Chance encounters play a prominent role in shaping the course of human lives.” And indeed, two lives were changed when Rebecca said to Allison: “Come and meet Mike.”

They could have met five years earlier when Allison entered the Emory University Goizueta Business School and Michael was a senior. But they never noticed each other. During the one year of overlap, they never “ran” into each other though both were serious runners on the Emory Track and Cross Country team.

It took Rebecca to introduce them in New York in February 2012. Michael suggested that they meet up the following Saturday night. “We hit it off the first night,” recalls Michael. Still, Allison had two reservations: “First I was a bit intimidated by Michael’s crazy dance moves. And second, I wanted to make sure that Rebecca wasn’t romantically interested in Michael.” After those issues were resolved, Michael and Allison became a couple.

They have similar backgrounds – both have a Reform Jewish upbringing and a public school education. Both are from the East Coast – Michael from New Jersey, and Allison from Long Island, and each moved to New York City after college graduation. Today they run together in Riverside Park or Central Park and continue to run separately as well. Michael finished the 2014 New York Marathon in 2 hours and 49 minutes.

Allison is currently working on a second degree at the Metropolitan Institute of Design. She combines an artistic flair with her business skills in the residential and commercial design firm, Avenue Design Group. She and her mother run the firm in New York and East Northport.

Michael continues on the business path he began at Emory, and he is currently a Vice President at Oak Hill Advisers, an investment firm in New York. “I’m a Type A,” says Michael, “and Allison brings out the lighter side of me.” Even in a brief encounter, one senses Allison’s vibrancy.

In an article about the “10 Must-Have Traits of Runners,” it’s noted: “That be it for physical, mental, or spiritual reasons …we run to be better people.” Michael and Allison also run to better the lives of others. From sponsors of a recent run, they raised thousands of dollars for the United Hatzalah of Israel, a volunteer medical emergency corps based in Jerusalem. Both are on the organization’s leadership board and Michael is its chairman.

Two and half years after they met, in an outdoors setting he carefully selected for the occasion, Michael proposed. “Thank God I had my nails done,” Allison said.

Allison loves the advice her grandmother gave her before the wedding. She advised: “Have as many kids as you can as young as you can.”