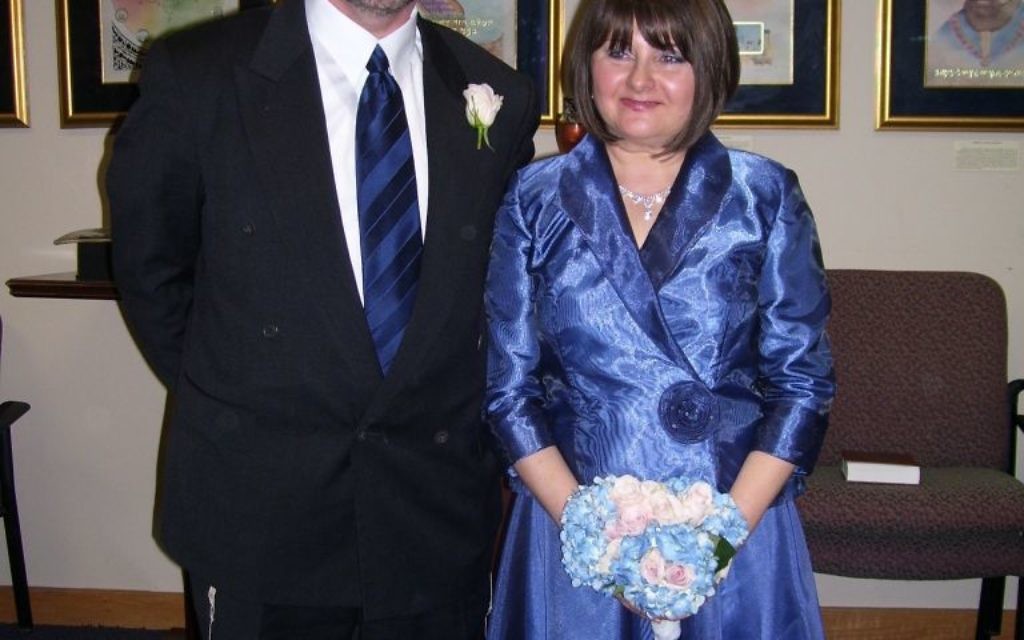 Alla Bukler, a new Russian immigrant, had been living in St. Louis for about a year with little time to date. She had two jobs and was a single mom to an 11-year old. But her sister saw an advertisement for speed dating sponsored by the Jewish outreach organization Aish Hatorah. “I was reluctant,” says Alla. But she went to “Aish” and has been grateful to her sister ever since.

Michael Grafman had been searching for his bashert – meant-to-be spouse – for close to 20 years. He looked everywhere, and didn’t hesitate to hop a plane for a blind date in another city. He had tried speed dating in St. Louis, and decided to give it another chance.

But he came late to the Aish event. He missed the meet and greet time when the participants evaluate a succession of eligible singles. Some say that conversation can resemble an interview more than a fun experience.

He was there long enough to notice a charming woman, who was surrounded by three guys. He had to leave early and didn't get her name.

Lizzy Goldenhersh, who was the event coordinator, helped him out. She called him the next morning and wanted to know if he had met anyone. From his description, Lizzy recognized Alla Bukler and called her to see if she was interested. Alla, who had been divorced for four years, wasn’t sure until Lizzy said that she knew this guy personally. Alla agreed to meet him.

As soon as he got the green light, Michael called Alla. “I was so impressed with his perfect English,” recalls Alla. That really stood out to her. “I was wowed by her infectious personality,” says Michael

“We were exclusive almost immediately,” says Michael. “We love being together and doing things together – walking, running, working out, and doing yoga.”

“We complement each other,” says Alla, 44. “She’s the calm one,” says Michael who is in advertising. What was Alla’s attraction to Michael? “He treats me like a princess,” she responds. As an aesthetician, she takes good care of her looks.

Still, it took them another seven years to get married. “I wanted time for my son to adjust to Michael,” says Alla. Finally, even her son asked when they were going to get married. But Michael’s attention was focused on the care of his ill parents.

Sadly, his parents did not live to see the wedding, but their names are memorialized at the Aish center in St. Louis. There is a Hebrew Scholarship Fund in their name, and the family dedicated the Shelley and Emily Grafman Reception area

Michael feels beholden to Aish. That’s where he discovered his Jewish heritage and that’s where he met Alla. Aish also gets the credit for speed dating. It started as the initiative of an Aish rabbi in California in 1998.

And where was the wedding of Alla and Michael? Of course, at the Aish Center in St. Louis, on March 24, 2010, with three of their rabbis officiating