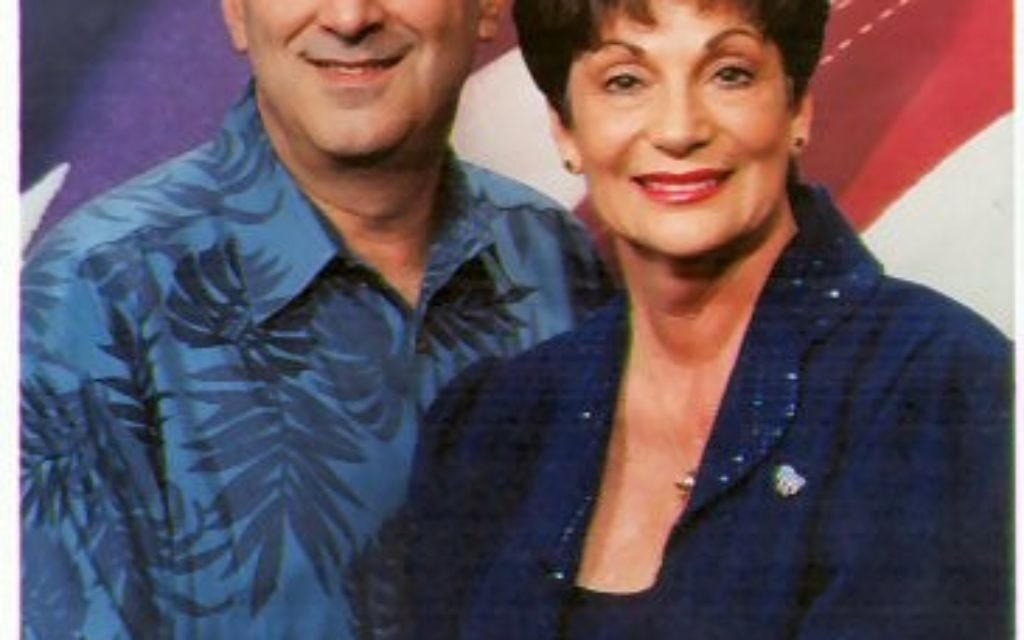 Maureen Dowd, New York Times columnist, Pulitzer Prize winner, and author of the best-seller, Are Men Necessary?, claims that men are put off by women in power. In fact, she suggests that the more successful the woman, the less likely it is she will find a husband.

“You find me a good Jewish husband and I’ll remarry,” Shelley Berkley mentioned to her long-time friend, Dr. Ikram (Ike) Khan sometime after they were both honored by the Anti- Defamation League in 1994. Some thought it was an odd friendship — Shelley, Jewish and a pro-Israel activist, was active in AIPAC and the Las Vegas Jewish Federation; Ike was president of the Islamic Society of Nevada. Shelley was raised and educated in Las Vegas; Ike was raised and educated in Karachi, Pakistan.

Shelley and Ike took each other seriously. If Shelley was ready to remarry, then Ike had a job to do. Though he had never before set up friends or colleagues, he decided to take a chance. Why not?

Furthermore, he had someone in mind — his friend and colleague, a local physician, Nephrologist, Dr. Lawrence (Larry) Lehrner. Would Larry be put off by Shelley’s ambitions? “I didn’t think so,” said Ike and continued: “I believe it is men with inner weakness in character that perhaps gets intimidated by a powerful woman, Larry has no such weakness. Moreover Shelley has that rare combination — she’s a brilliant attorney and she’s humble.”

Ike had his friend Candace talk to Larry about Shelley. Then he talked to Shelley about Larry. Only when they both agreed to meet, did Ike give out phone numbers. Ike understood the importance of timing and he took his role seriously. He wanted to get it right the first time. There probably wouldn’t be a second chance.

After Larry met Shelley, Ike stayed involved and helped to nudge the process forward. “It seemed like a good match to me,” said Ike. “They were both Jewish, professional, living in Las Vegas, close in age and divorced. And most importantly, they were both caring individuals and people of integrity.”

They were also both very busy — with their families, their careers, and their community activities. Larry was active on the Hillel Board of Directors, Shelley on the Board of Regents of the University of Nevada; Larry with his son and daughter; Shelley, with her two sons. And Shelley was running for the US House of Representatives.

But Ike didn’t give up. He continued to follow up. Nu?

In March 1998, Shelley and Larry got engaged. Larry recalls: “Getting Shelley to agree to my marriage proposal was not easy. When I first asked, she said of course she loved me, but a Congressional life is crazy, and I did not know what I would be getting into so she respectfully declined. However, I persisted and wore her down. The third time (proposal) was the charm and she agreed to marriage. Like in a fairy tale we are living happily ever after.”

Shelley says: “To get married first or to first win the congressional election? I couldn’t believe that I was running for the United States Congress and seriously dating at the same time. When Larry asked me to marry him, I thought I he was making a joke or he was crazy or both. Being the spouse of a female politician can be very challenging, and I didn’t think that Larry knew what he was getting into. After he proposed for the third time, I asked him, ‘Is there anything I can do to dissuade you from this folly?’ He said, ‘No.’ So I said yes. That ‘yes’ was the smartest word I ever said. Lucky for me! He is a great husband, a great partner, a great friend and great political observer and advisor. I owe Dr. Ike Khan a great debt of gratitude for his match-making ability.”

In November 1998, Shelley Berkley won the election, and she is currently in her sixth term as a member of the U.S. House of Representatives, representing constituents living in the First Congressional District of Nevada including residents of Las Vegas.