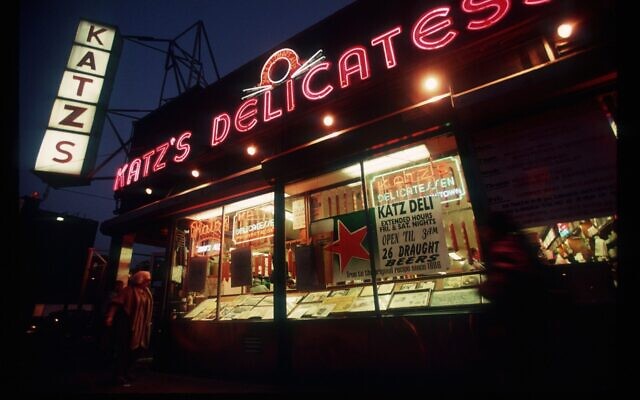 Good morning, New York. A reader criticized us for revealing the score of an Olympics baseball game featuring Team Israel he intended to watch on replay. So be warned: The results of today’s game are below, if you need to avert your eyes.

A billboard near New York Times headquarters on 8th Ave. says the paper fails to cover the “full truth” about surging antisemitism.

Elizabeth, New Jersey native Judy Blume will have a rest stop named after her on the Garden State Parkway.

The Athletic named Brooklyn’s own Sid Luckman as the 48th greatest player in NFL history.

Our colleagues at The Nosher do a deep dive into deli decor. 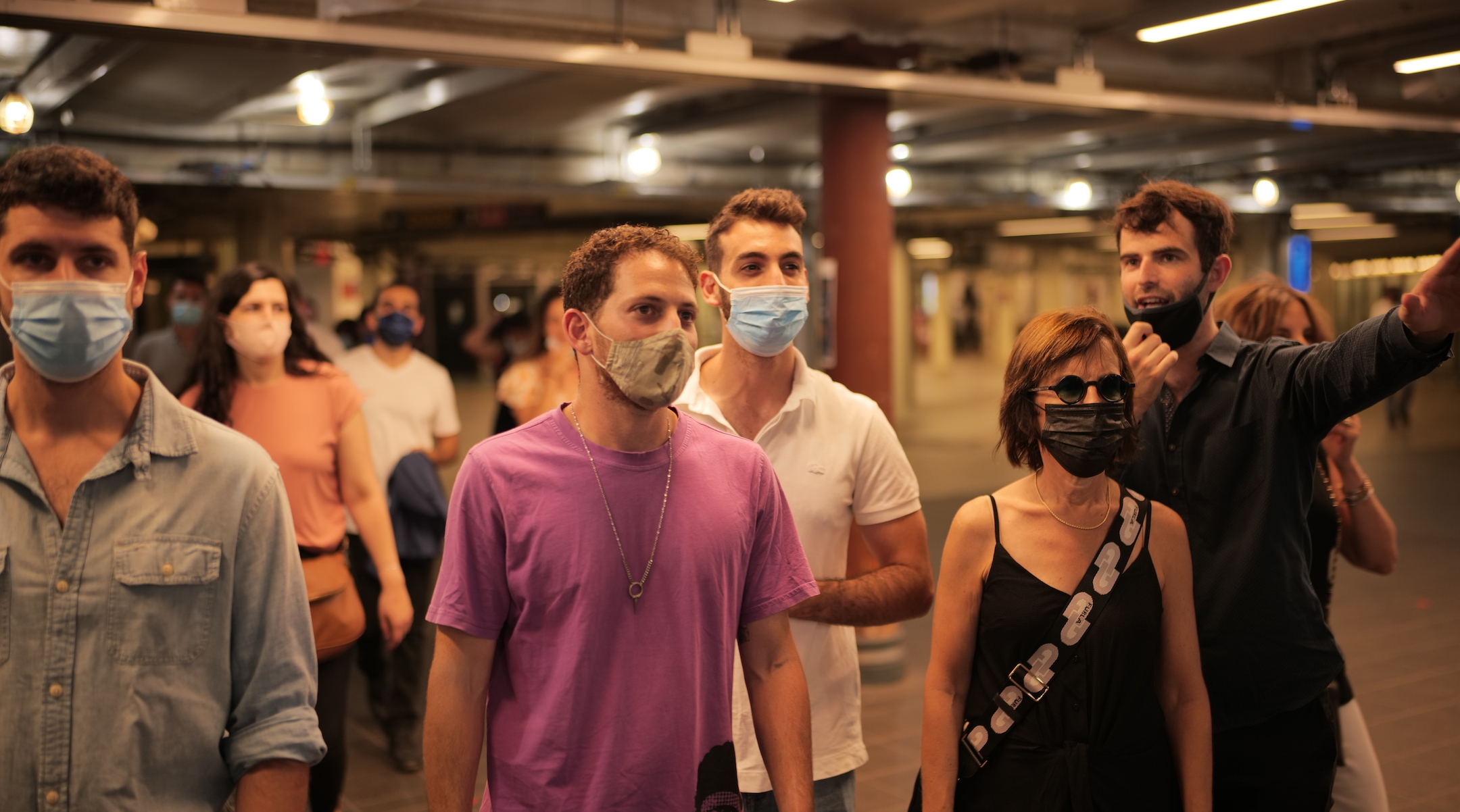 Twenty-three young adults from Israel (above) visited NYC last month as part of Triumph Israel, a social impact accelerator program under the auspices of Aish Hatorah. The program’s goal is to create projects that strengthen ties between Jews here and in Israel. The group met with Jewish leaders in Manhattan, Lawrence and the Hamptons.

Israeli students and professionals from the University of Haifa’s Ruderman Program for American Jewish Studies are visiting NYC this week on a 10-day academic program. The 22 Israelis will meet Jewish leaders; visit synagogues, JCCs and museums; and attend lectures. The Ruderman Program is a master’s degree program with the goal of increasing Israelis’ awareness of the diverse Jewish community in the U.S.

Jodi Rudoren,  editor-in-chief of the Forward and former Jerusalem bureau chief of The Times, will talk with current and former Mideast correspondents about the complexities of covering a region where the narratives clash so violently and about which readers care so deeply. With Ethan Bronner, Daniel Estrin and Janine Zacharia. Register here for this virtual Temple Emanu-El Streicker Center event, sponsored with the Forward. 11:30 am.

Mandy Patinkin and Bernadette Peters will be special guests at an intimate digital conversation event with playwright and director James Lapine and composer Stephen Sondheim. Moderated by actress Christine Baranski. The evening will celebrate the release of Lapine’s new book “Putting It Together: How Stephen Sondheim and I Created ‘Sunday In The Park With George.’” Tickets $25-$65, available at www.TheTownHall.org. 7:00 pm.

Join UJA-Federation of New York and The Jewish Week Wednesday for a conversation with Robert Abrams, the former attorney general of New York and author of “The Luckiest Guy in the World.” He and moderator Sandee Brawarsky will discuss his journey in politics, his career and his life of public service. Aug. 4,  7:00 pm. Register here.