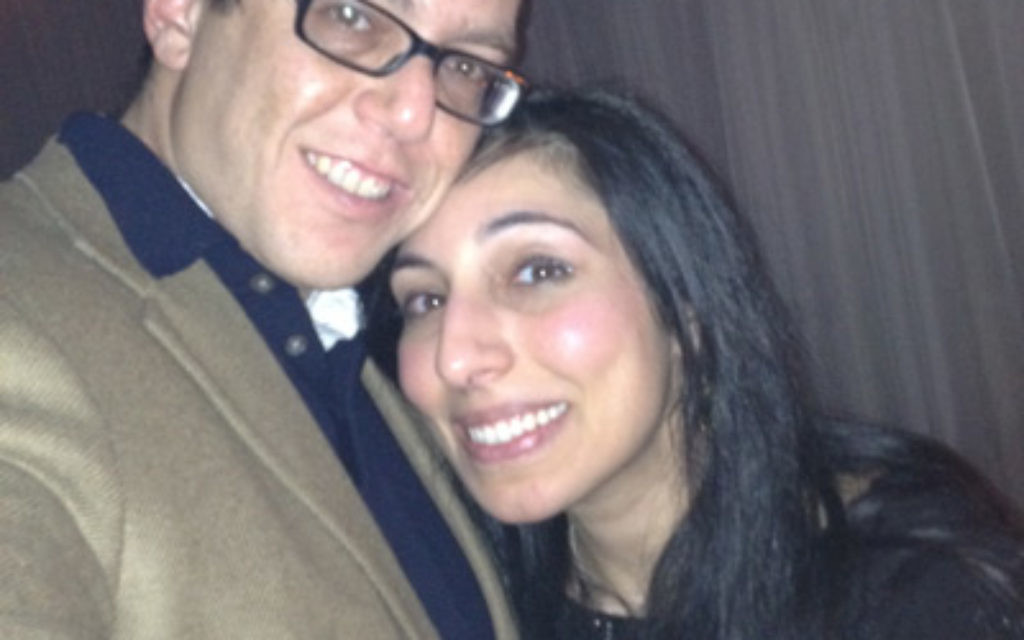 “It takes a village to raise a child,” says the African proverb, and in the tony village of Great Neck, New York, the family helps to match 'em up. “For me and Ilan, it worked,” says Michelle Nabavian. “Our families knew when to get involved and when to stay out.”

Her uncle, Payam, was the first would-be matchmaker. He started dropping hints about bringing together Michelle with his friend, Ilan Hakimian. But it took a snowstorm in January 2011 to make things really happen.

Both families work in the Big Apple and when the storm blew in, carpooling was needed to get home. So her mom and his brother, who had never really talked before, were in a car together.

Michelle Nabavian's mother spoke up. They were driving past the Bloomberg Tower, the 15th tallest building in New York City. Michelle's mom proudly told her fellow passengers that her daughter worked as a financial software developer at Bloomberg L.P. She was a graduate of New York University with a major in computer science. At that time, less than 30 per cent of undergraduate degrees in computer science went to women.

Mom also let it be known that her daughter, 29, was not married.

Something clicked for the brother of Ilan Hakimian. He himself was married, as was a third brother. All three worked in the family business. The two married sibs confronted Ilan, 33, with an ultimatum. “You don’t have a choice. We’ve decided that you should take out Michelle Nabavian.”

“I wasn’t very comfortable with the idea, but I decided I’d call Michelle,” says Ilan (who is a cousin of the author's husband.)

She was at work and said she’s call him back. She did and they set up their first date – an Irish pub. “It was a great place for a first date – light and casual,” says Michelle.

Soon they were exclusive daters. “She understands my sarcasm,” says Ilan.

They were part of the same community of Mashadi Jews, so called because they trace their roots back to the city of Mashad, Iran. Yet, within this Long Island community of about 1000 families, Ilan and Michelle had different circles of friends that rarely intersected.

Meeting was easy since she lived and worked in the city and he worked there, too. But they didn't tell their parents. Only Payam and Ilan’s brothers knew.

The couple was once spotted together by three women from the Mashadi community but the women kept mum. Even the members of a community that likes to keep marriages in the fold can know when to stay out.

“Michelle and I were enjoying our time together alone. We didn’t feel the urgency to tell anyone else. We weren’t ready for any pressure,” says Ilan.

By mid-summer, they told their moms but thought it would be hard for the dads to keep a secret. When they were ready to go public, the couple's parents went out to dinner together.

In November, Ilan officially proposed. Michelle liked museums, and the couple went to the Metropolitan Museum of Art. He had a special spot in mind, the Temple of Dendur. It had been brought over from Egypt, stone by stone and featured in movies like “When Harry Met Sally.” Ilan got down on one knee, she said yes to the proposal, and they had a happy Thanksgiving.

“I am so grateful to Payam,” says Michele. How can she repay him? Payam is a 32 year-old bachelor, and Michelle will be happy to make the introductions.