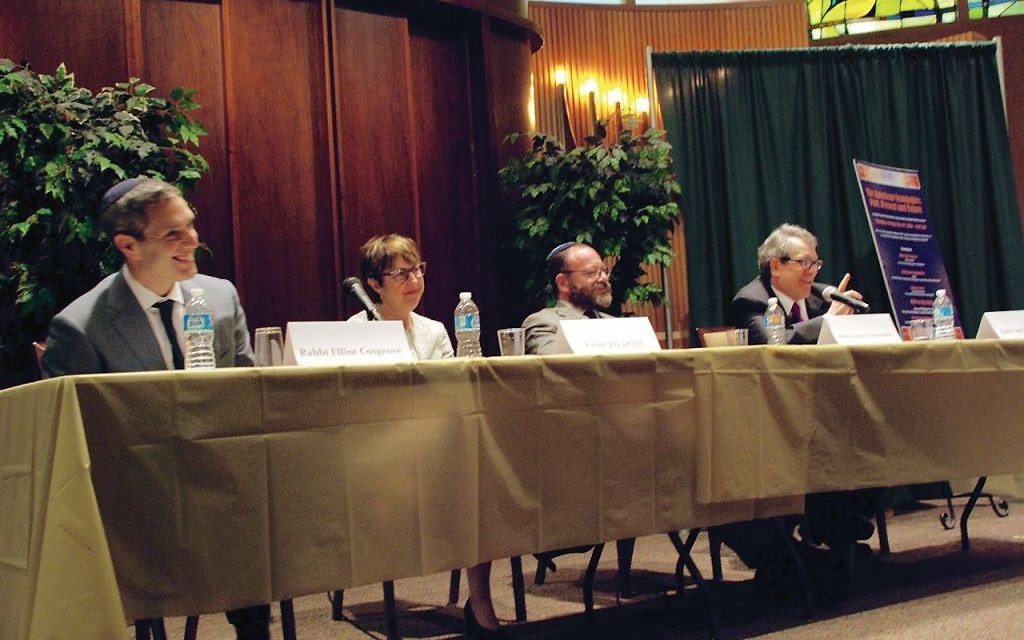 At the heart of American life lies the ongoing push and pull between the individual and the collective. Think jazz and baseball, for starters.

But in the era of the now-infamous 2013 Pew survey that found a fast-rising cohort of Jewish “nones” — those who don’t identify with religion — no place typifies that tension more fully than the synagogue (the non-Orthodox one, at least).

That dynamic was at play during a recent panel discussion with three Conservative Manhattan rabbis — those arguably at the very center of Jewish communal life — about the state of health of the American synagogue. Held at the Huntington (L.I.) Jewish Center, it was moderated by the congregation’s rabbi, Neil Kurshan, and was part of a series of events to mark his retirement after 31 years there.

Asked if the Internet (which seems to stress both lonely individualism and communal connection) has undercut the synagogue, Rabbi Elliot Cosgrove of the Park Avenue Synagogue, on the Upper East Side, replied: “Television has become balkanized — we watch the news stations we agree with and there is a loss of the center. We are polarized in a way we haven’t been [before]. In the Jewish world, we are losing the language of distinction and particularity.”

Rabbi Jeremy Kalmanofsky of Ansche Chesed on the Upper West Side said he does not have the “level of shared practice” of Orthodox Jews, but said there must be some because “parallel play is not good.”

Rabbi Joy Levitt, executive director of the Jewish Community Center on Manhattan’s Upper West Side, pointed out that “only 35 percent of our community” in Manhattan is affiliated with a synagogue.

“We failed on some level,” she said, adding that too many Jews opt to hire a private tutor for their child’s bat and bar mitzvah.

Rabbi Kalmanofsky said he welcomes private tutors working with students, but said he insists that the family join his synagogue. He noted that when he is asked by an unaffiliated family to “borrow a Torah” for their child’s bar or bat mitzvah, he refuses.

“But for $300,” interjected Rabbi Levitt, “you can now get one in Manhattan.”

“You can look at the Jewish landscape and feel a sense of despair,” Rabbi Kalmanofsky said. “But my approach is to make ours the most vibrant synagogue it can be. So yes, it’s true, anyone can rent a Torah and a catering site and I can’t and won’t stop them. But I want to make the communal setting vibrant.”

When a member of the audience noted that she had attended her grandchild’s bar mitzvah at a Chabad synagogue and found it packed with “hundreds of kids” and filled with “ruach,” or spirit, Rabbi Cosgrove replied that Chabad had helped to “transform the landscape of American Jewish life.”

Asked if the rabbis were pessimistic about the future, Rabbi Kalmanofsky replied: “No, because this is a magnificent tradition. I’m sure I and all of my colleagues see the desire of Jews to connect to our wise tradition. The package will change, the communal organization will change, but the Jewish people will hold onto the Torah and make it live.”