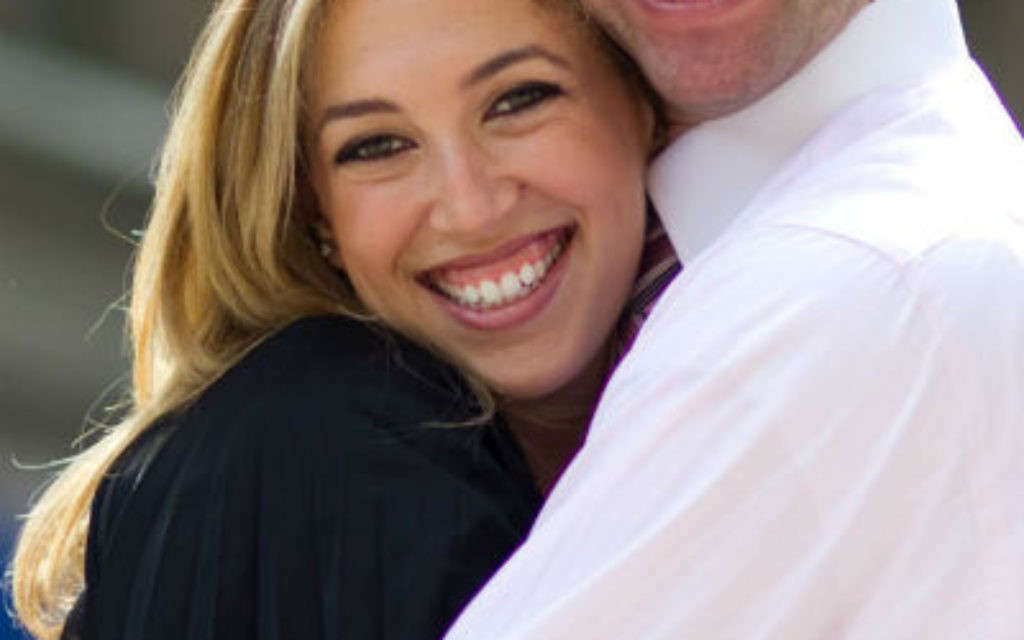 “I don’t even love to ski,” says New York endocrinologist, Atara Schultz, who met her future husband at a French ski resort. It was the second such trip for her in a program called KeneSki, which is geared to modern Orthodox singles between the ages of 20-35.

“I had a great week on the 2009 program,” says Atara. She made some of her “best friends ever.” But she didn’t meet her one and only. “I had a similar experience in 2005,” says Elli Fenner, a British computer security expert. Then they both went back in the winter of 2010 – Atara for the week and Elli just for Shabbat.

“I knew her friends and she knew my friends,” says Elli, “but we didn’t know each other.” Not until that Friday night, when Atara came over to him, and introduced herself. Though they didn’t sit at the same table for meals, they had several conversations and, when parting at the end of the weekend, Elli said: “Look me up if you’re in London.” She responded: “If you’re in New York, look me up.”

Elli talked about the woman he had met and his friends encouraged him to make that first move. In early March, Elli was on a flight to New York to see Atara. He set up a date with her for Thursday night. As it worked out, they were together most of the weekend. It was smart to be proactive.

After Elli mentioned that he and his family were going to be celebrating Passover in Israel, Atara took the next step. To Elli’s delight, Atara joined them. “My sisters already started to plan the engagement,” says Elli.

Two weeks after Pesach, Elli was again air-borne. He had planned a short trip, but he didn’t take into account the unprecedented volcanic ash which closed airspace all over Europe.

Atara didn’t mind. “Our relationship developed so smoothly,” she says. “There were no low points.”

They were about the same age; they were close on the religious spectrum; they enjoyed being together; and had a similar vision for the future. Since he was a free-lancer, he had no problem with a move to New York. What does he miss from London? Having his toast done on one side.

The dating manuals say it repeatedly: The best way to meet new people is to try something new. Atara had heard about couples who met on a KeneSki program and later got married. When she was 30, Atara tried her luck. Happily, she succeeded.

KeneSki does not promote itself as a singles event, and married couples are welcome. Still, the organizers ensure a 50:50 ratio of males to females, and a similar ratio of Israelis to people from the rest of the world. Introduction to the program is mostly by word of mouth.

Atara and Elli met on a Shabbat in February; were together for short periods in March and April; and became engaged in May. “My love for her was so clear from the start,” says Elli.

Their engagement was a global event, and the couple celebrated in London with the Fenner family and in Toronto with the Schultz family. They set their wedding date for six months after they met. Rather quick? “You can have a happy marriage after any length courtship,” says Ted Huston, a professor of human ecology and psychology at the University of Texas.