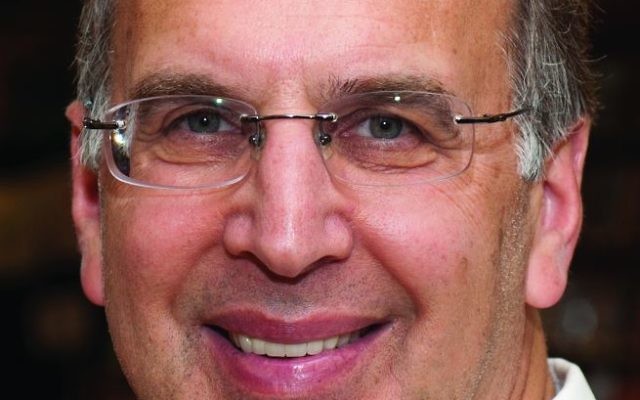 Although I had the privilege of hearing Elie Wiesel speak at least a dozen times and had the opportunity to once have a private meeting with him in conjunction with a book that I was writing, my thoughts about him actually relate to how much impact he had on those who never met the man.

I read "The Jews of Silence" soon after it was published in 1966. I was 14. No other book had as much impact on my life. It was my wake-up call to social conscience. I was transformed by the poetic way that Wiesel flipped the image of Soviet Jews, whose impulse to connect to Jewish practice and Jewish people was silenced by the Communist State, to the image of Western Jews whose silence was a function of moral indifference.

In the ensuing years I made several trips to Russia to meet and bring Jewish “contraband” to Soviet Jews, had a supply of bracelets with the names of select prisoners of conscience, attended dozens of rallies and spoke at dozens of synagogues showing my slides of my visits to Soviet refuseniks. My first congregation adopted refusenik Lev Elbert, who lived in Kiev. While he was serving a prison sentence for trumped up drug charges in 1983, we helped to facilitate a bar mitzvah for his son, Karmi, via telephone. This type of activism was not atypical for thousands of Jews in the West during those years, Jews who emerged from their “silence” to mobilize the single most successful grassroots human rights campaign of the 20th century.

Ironically, my first face-to-face meeting with Elie Wiesel took place on December 6, 1987. I was then the executive director of the Jewish Community Council of Greater Washington D.C. and we helped to organize the Freedom Sunday for Soviet Jewry the day before Premier Mikhail Gorbachev met President Ronald Reagan for a summit meeting. Wiesel and I met on the podium of the rally. The rally would not have happened but for the efforts of Wiesel and recently released prisoner of conscience, Natan Sharansky. It was not the “style” of the Jewish establishment but it sure captured the imagination of Jews across the country. A quarter million people attended the rally and it changed the course of history. Within a year, the gates of emigration opened and close to a million Soviet Jews went to Israel and to Western countries. Two years later, the Soviet Union collapsed under the weigh of its own tyranny.

A month after that historic rally, I left my position to found PANIM: The Institute for Jewish Leadership and Values. It was a national organization designed to use the moral teachings of Judaism to inspire greater social and political activism on the part of young American Jews. For more than 20 years, almost any Jewish institution that worked with teenagers would send them to our 4-day Panim el Panim seminars in Washington D.C. throughout the school year. During the summers we ran longer, more intensive programs.

By rough estimate, during those years, I gave over 200 keynote presentations to over 10,000 Jewish teens participating in PANIM programs. The life and wisdom of Elie Wiesel was a centerpiece of those presentations.

First I would relate my own moral “wake-up call” and tell how I became involved in the struggle to save Soviet Jewry. Second I would ask how many knew of Elie Wiesel and then, ask why he won the Nobel Peace Prize in 1986. Since most teens at least knew of, if not read, Night, most were surprised to learn that Wiesel’s Peace Prize came not because he became a voice for the victims of the Holocaust—and that he was for sure—but because he turned from championing the memory of Jewish suffering during the Shoah to a more broadly framed commitment to stand witness to the dangers of intolerance, persecution and genocide wherever in the world it occurred.

Wiesel’s Nobel acceptance speech is a beautiful re-statement of Hillel’s famous maxim: “If I am not for myself, who will be for me; but if I am only for myself, what am I?” Wiesel never turned his back on his Jewish commitments. But he did realize that such solidarity with one’s own is not sufficient in a world so filled with violence, hatred and oppression.

My third point would be considered controversial in many Jewish spaces but, here again, I quoted from a speech that I once heard Wiesel deliver. Wiesel stated two lessons he took from the Shoah. One was that we must be forever vigilant against those who might seek to persecute Jews or threaten the State of Israel. Jews have enemies in the world and, after the Shoah, it would be naïve to ignore those ongoing threats in the world. But, he hastened to add, the second lesson he took from the Shoah is that Jews cannot make “defense” the totality of their public agenda. We are a people with a sacred mission to bring healing to a broken world. We must therefore ally with the most vulnerable people in the world, regardless of their race, religion or creed.

I would inevitably build on these lessons from Wiesel to challenge our students and ask rhetorically: What will be you wake-up call? What are you destined to do? How will you use your education, your political access, your privilege to ally with those who don’t have your good fortune, be they Jewish or not?

Hundreds, if not thousands of Jewish young people took that message to heart and are doing the sacred work of tzedek all over the planet. Thousands more were exposed to Wiesel’s teachings in other contexts, reading his books, attending his lectures, being taught by those, who like me, were simply echo chambers of his profound moral witness to the world.

May we be worthy of the example of his life.

Rabbi Sid Schwarz is a senior fellow at Clal: The National Jewish Center for Learning and Leadership. He is the founding rabbi of Adat Shalom Reconstructionist Congregation in Bethesda, Md., and the author of “Judaism and Justice: The Jewish Passion to Repair the World.”