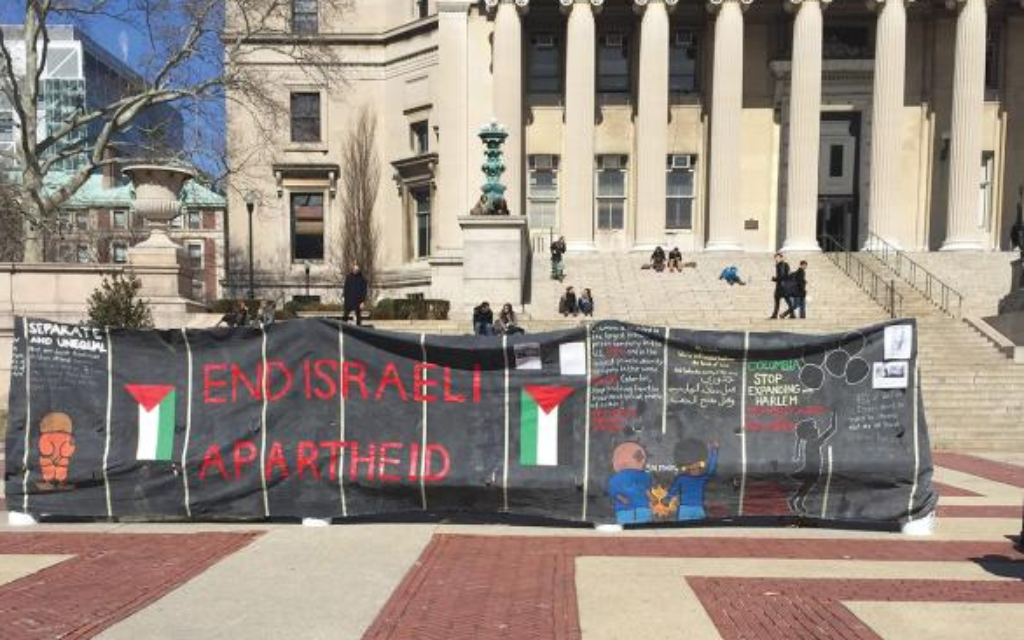 Despite growing international efforts to boycott Israel’s economy, an examination of foreign capital flow into the country shows the opposite trend is in effect.

A recent report in Bloomberg News showed that foreign investments in Israeli assets hit a record high last year of $285.12 billion, a near-tripling from 2005 when the Boycott, Divestment and Sanctions (BDS) movement was started by a group of Palestinians. The stake of non-Israeli shareholders in nine publicly-traded companies and banks with ties to the West Bank has also risen steadily over the past three years, despite the claim by many BDS supporters that supporting Israeli innovation violates Palestinian rights in the West Bank and Gaza Strip.

Today, the Israeli market is growing faster today than those of the U.S. or Europe — Israel’s economy is expected to grow 2.8 percent this year compared with 1.8 percent for the U.S. and the European Union. This remains the case despite the fact that a series of European pension funds, including Norway’s $860 billion sovereign wealth fund and Pensioenfonds Zorg & Welzijn, the second largest Dutch pension fund, banned Israeli and international companies with ties to the West Bank.

Still, BDS supporters remain confident that the movement is succeeding. “BDS is not just working,” Omar Barghouti, a co-founder of the campaign, told Bloomberg. “It is working far better and spreading into the mainstream much faster than we had anticipated.”

Many who promote the BDS movement have tried to conflate the movement’s goals with other causes, including civil right and protecting the environment. This tactic, termed ‘intersectionality’ on my college campuses, magnifies the perceived impact of the movement.

RELATED: Caught In The Middle In New Campus Wars

More concerning to Israel’s defenders is the psychological, rather than economic, impact of the movement. Given Israel’s small size, repeatedly associating Israel with wrong-doing could lead to a gradual process of international isolation.

“BDS campaigns threaten Israel because they attempt to gradually erode traditional American support for Israel’s right to exist,” said Noam Gilboord, director of Israel and International Affairs at the Jewish Community Relations Council of New York. For college students, the effects are particularly acute, he said. “The efforts to counter BDS are really battles for the hearts and minds of students on campuses, so that they carry pro-Israel views post-college.”

BDS ‘succeeds’ in that it “advocates for the isolation of Israel within the global community and the isolation of pro-Israel individuals from society,” said Gilboord. “Those who believe that Israelis have a right to exist in their national homeland are often labeled as ‘anti-human rights,’ ‘fascistic,’ or worse.”

Arguing this same point, Barghouti said that the BDS movement’s strength is in its “indirect, palpable psychological impact on the mainstream Israeli psyche about the country becoming more ‘isolated’ from the world.”

Sheldon Adelson, the Jewish-American billionaire who has raised millions to fight BDS, told Bloomberg that the threat is not economic, but in the realm of public perception.

“This is a PR battle and its biggest threat is demonization of Israel,” said Adelson said in an interview.